Following big falls in some risk-sensitive assets on the back of North Korea tensions, a number of global stock indices and dollar currency pairs ended the session with impressive reversal-looking technical patterns as the dip buyers evidently stepped in to take advantage of the lower prices 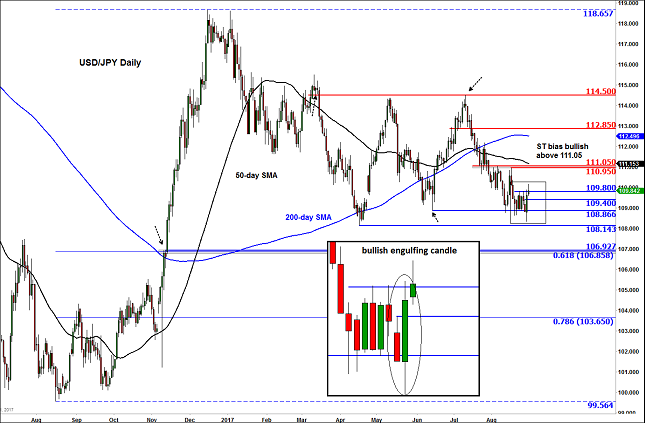