USDJPY under pressure ahead of key jobs data Thursday

The pair remains in a bearish trend channel, key support is being tested: Chart

The US Dollar was bearish against all of its major pairs on Wednesday. On the US economic data front, the Mortgage Bankers Association's Mortgage Applications slipped 0.6% for the week ending October 16th, compared to -0.7% in the prior week. Finally, the Federal Reserve's Beige Book stated that all districts have seen continued growth at a moderate pace since the downturn, however there is concern about the restaurant industry as cold weather approaches since they have relied on outdoor dining. Employment increased across all districts, although growth remained slow. Prices rose modestly across all districts, most notably consumer prices of food, automobiles and appliances increased significantly.

The Euro was bearish against most of its major pairs with the exception of the CAD, CHF and USD. In Europe, the U.K. Office for National Statistics has reported September CPI at +0.4% (+0.5% on month expected). September PPI was released at -0.1% on month, vs +0.1% the previous month.

Looking at the major pairs, the USDJPY was under the most pressure in Wednesday's trading. The pair declined 94 pips to 104.56 as the USD continues to show weakness across the board. The decline is in the same direction as the longer term trend as the pair remains inside a declining trend channel. Key resistance can be seen at the 106.96 area where a break above would invalidate the bearish trend. Traders should watch closely the 104.20 support level as an attempt was made to break below on the 21st of September which was rejected. 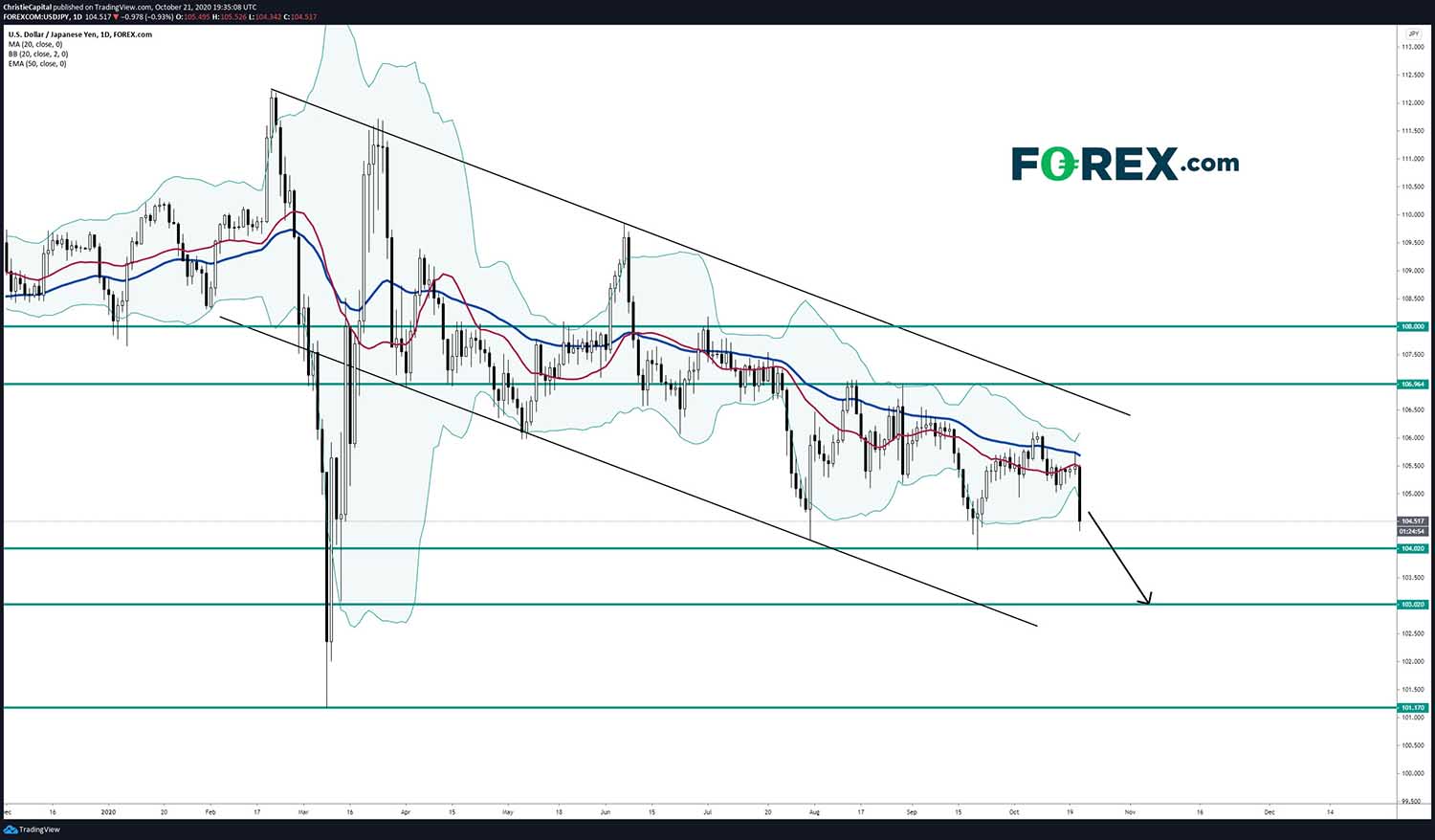