VIX Index: Early warning to the stock markets but yet to confirm downturn

The three major indices had climbed more than 30% since March, analysts begin to reassess return prospects and it would not be surprised to see investors taking profit or hedging their position, hence causing a surge in VIX. It might still be too soon to conclude a downturn in equity market's trend.

Meanwhile, the closely watched non-farm payrolls report for August will be released (+1.35 million jobs, jobless rate at 9.8% expected), which may bring volatility to the stock market.

On the daily chart, the VIX Index has accelerated to the upside after breaking above a bullish falling wedge pattern. Nevertheless, it remains within a trading range started from April. The level at 25.66 might be considered as the nearest support, while the 1st and 2nd resistance are expected to be located at 44.44 and 50.50 respectively. Alternatively, a break below 25.66 would signal a loss of upside momentum and may trigger a return to the next support at 20.28.


Let's take a look at the daily chart for stock market.

On a daily chart, although the index fell from 3584, it is still supported by a rising trend line drawn from April. In addition, the previous historical high at 3390 remains acting as the support level. As long as this key level is not broken, the index may rebound to 3584 before rising to the next resistance level at 3805. Alternatively, a break below 3390 would trigger a return to 3257. 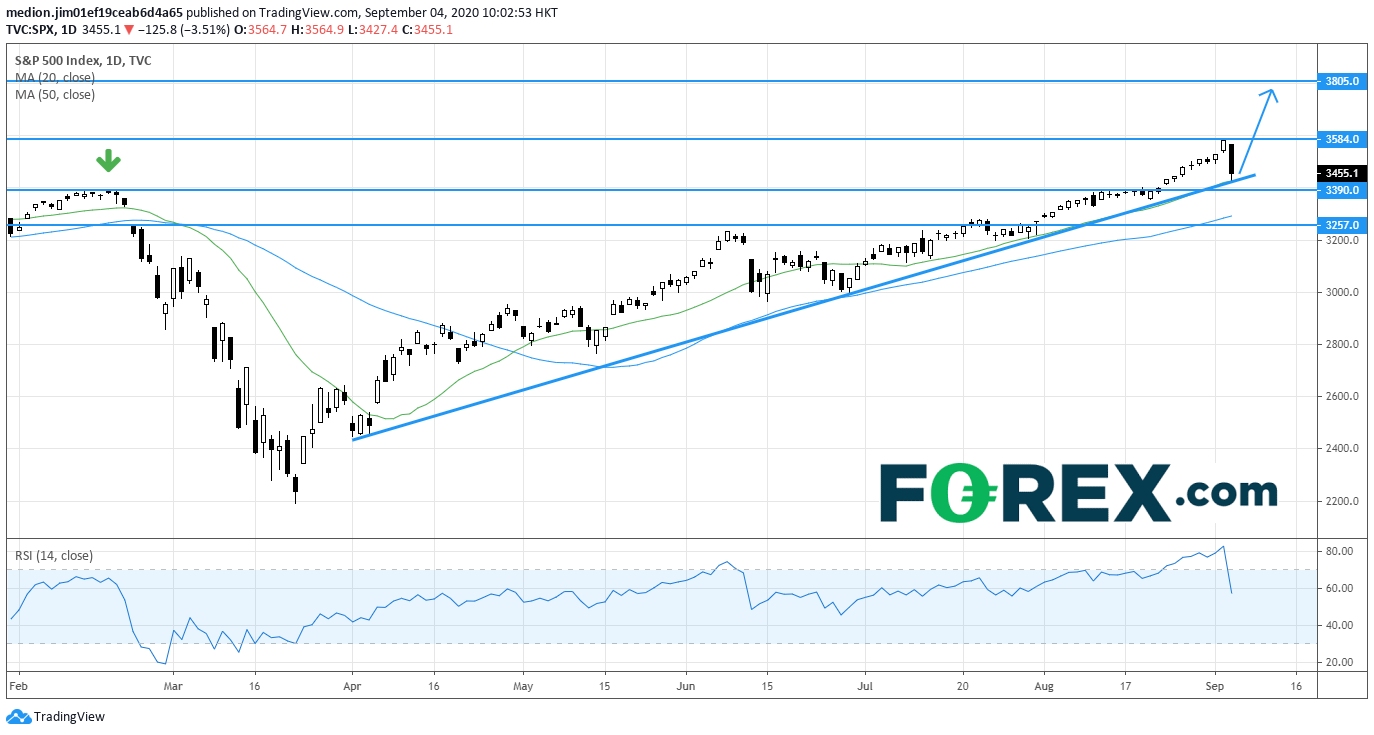