Volatility Could Be Brewing For Silver

Ultimately, we suspect silver’s price action is fast-approaching an inflection point. As Fawad Razaqzada pointed out just yesterday, silver has clearly stalled around an important level on the weekly chart whilst traders decide their next move. Despite threatening to break lower on Tuesday, the bullish wedge pattern we’ve been tracking has held on by the skin of its teeth, only to see bullish momentum return and drag it from its lows. Now testing the upper trendline, a break above $15.10 would clear the trendline and break above last week’s doji high and confirm the bullish wedge. 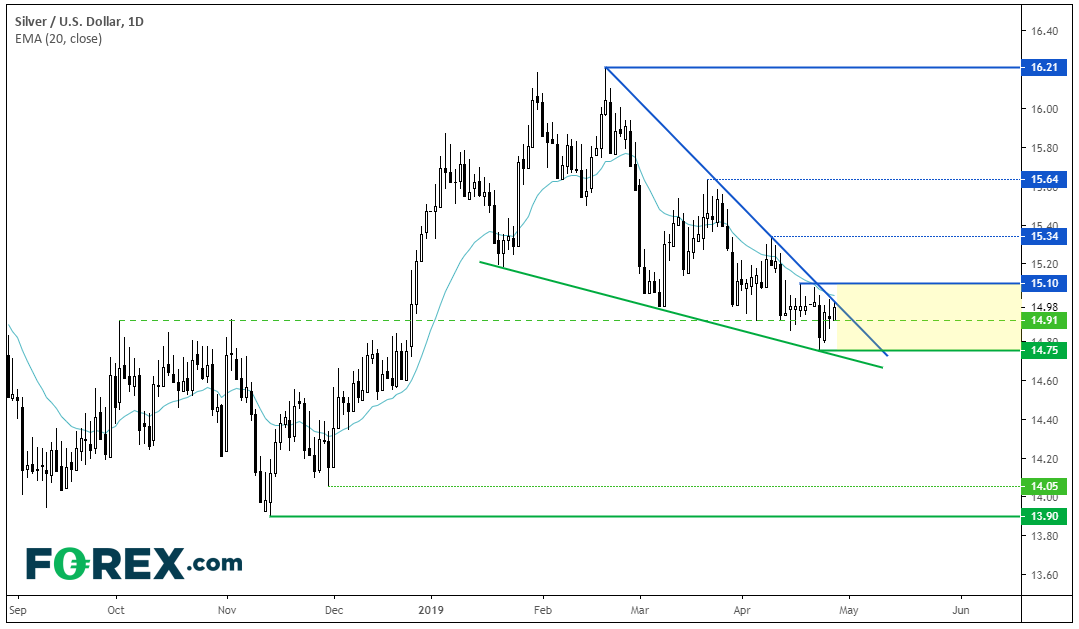 However, a quick look at market positioning paints a bearish view. As noted in Monday's COT report, silver’s bullish positioning is at its weakest level this year and on the verge of flipping to net-short exposure on rising volumes. Furthermore, managed funds are net-short for a second consecutive week with gross-short exposure trending higher, and there are no signs of a sentiment extreme. As we tend to assume that managed funds know what they’re doing, it suggests further downside for oil. To counter that, if prices rally and they’re caught off-guard, we’ll have some deep pockets scrambling to cover their shorts and put more fuel onto a bullish fire. This only underscores our belief that volatility is brewing whichever way it breaks. 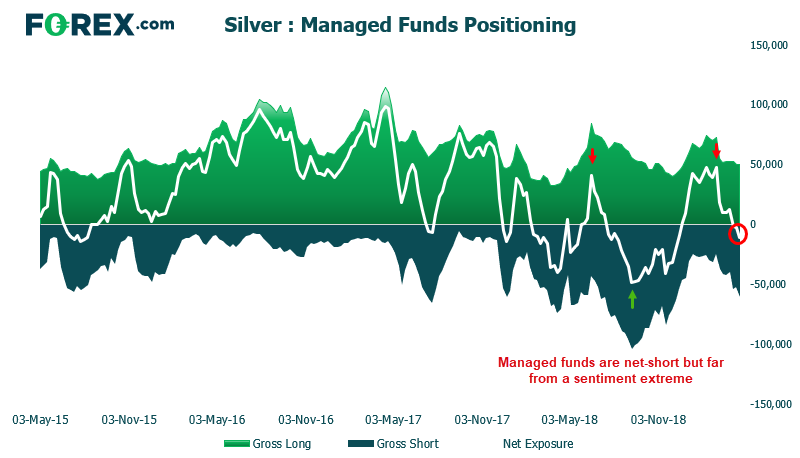 For now, it’s simply a matter of watching and waiting.