Watch for Profit Taking and Volatility in Sterling into the Elections

Next week election’s in the UK will most likely decide the direction of GBP in the long-term.

Next week election’s in the UK will most likely decide the direction of GBP in the long-term.  As my colleague Ken Odeluga has written, one of four key scenarios will likely result from the December 12th elections.   But let’s take a look at price action and what could happen before the elections:

GBP/USD has broken out of its pennant/flag formation to the upside.  The target of the pattern is near 1.3750.  If the outcome is favorable to a Brexit deal, price may reach the target quickly.  Currently, GBP/USD is holding horizontal resistance near 1.3175. RSI is overbought, although not as overbought as the previous high near 1.3000 back in October.  In addition, price is close to the 50% retracement from the highs in April to the lows on September 3rd. 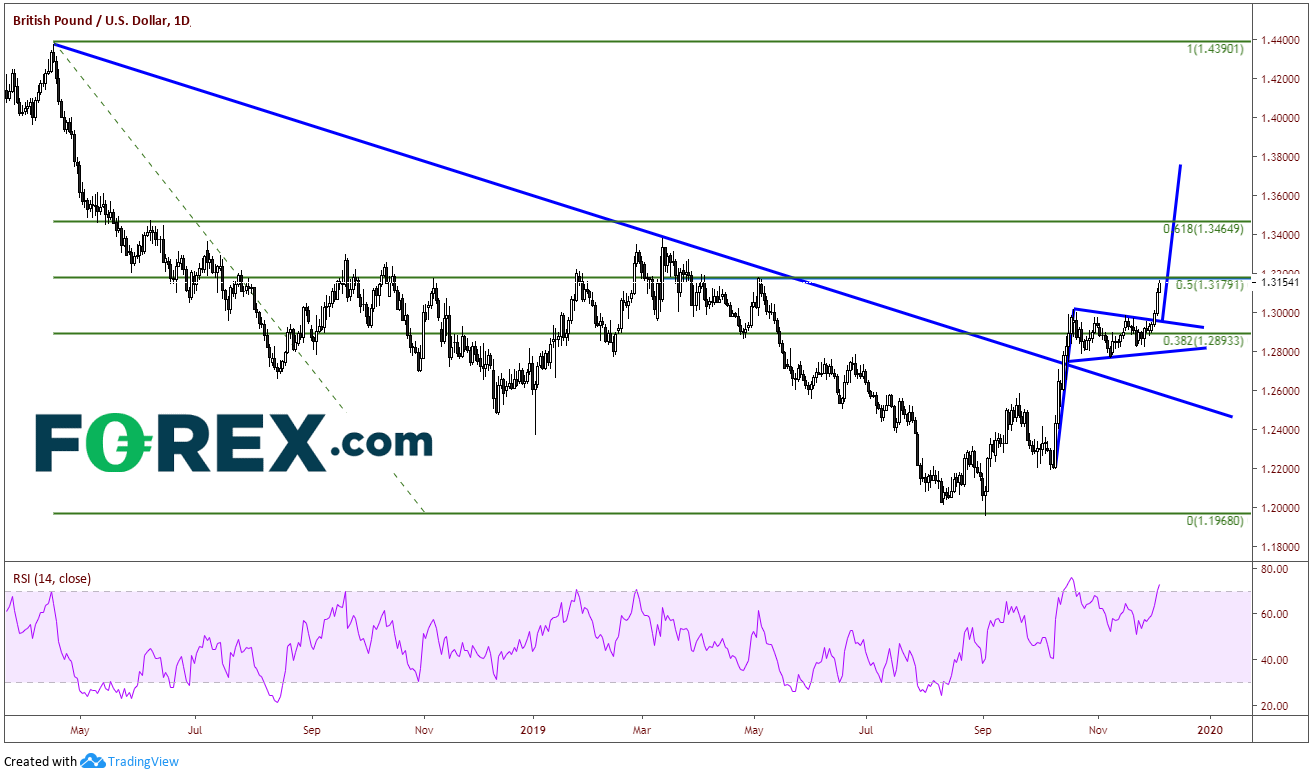 And GBP/USD isn’t just isn’t the only GBP pair that is looking bid.  GBP/JPY has also broken out of its flag formation, is nearing overbought conditions on the RSI, and is trading above the 61.8 Fibonacci retracement level from its March high to the September 3rd low. 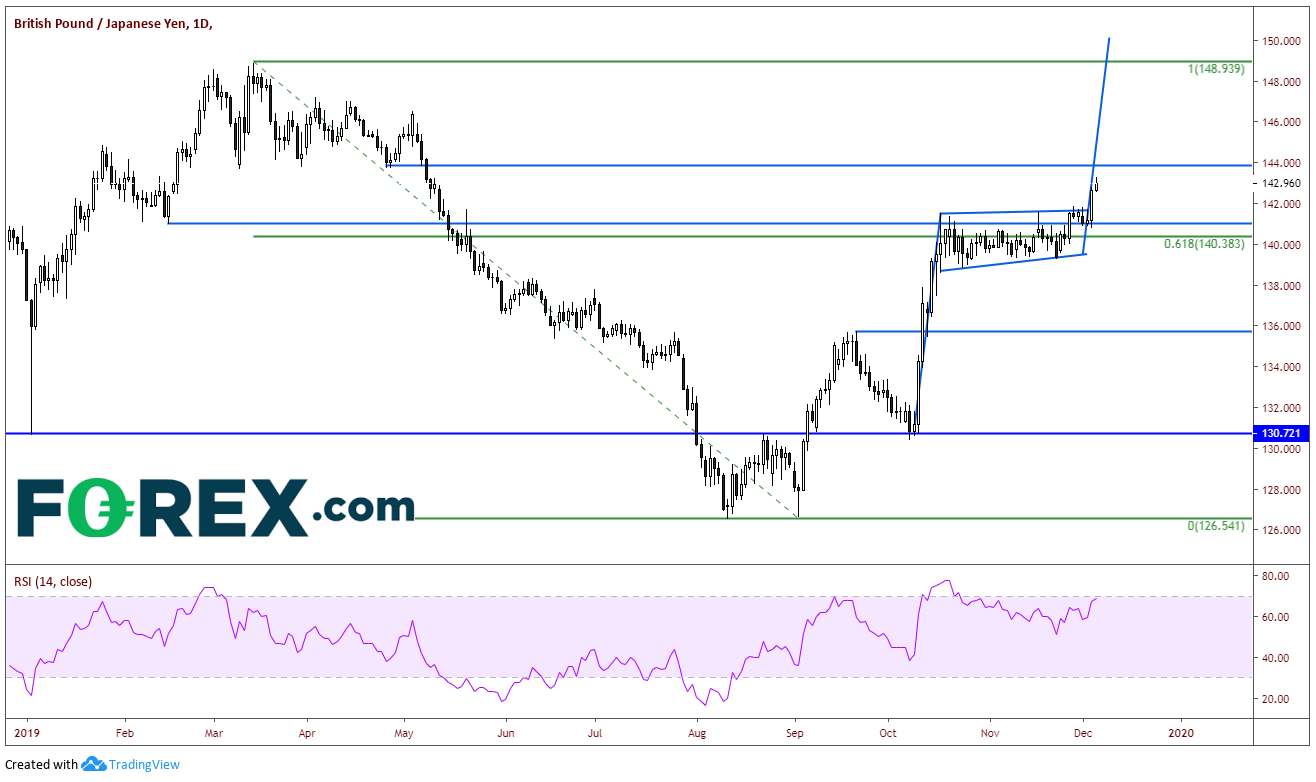 Several other GBP pairs are bid as well, such as GBP/AUD and GBP/CAD.  Not only that, but EUR/GBP is putting 2.5-year lows.

But what could happen over the course of the next week heading into the UK elections?  It’s December….  end of the year, and there is a single event that could possibly cause a 3 Standard Deviation move in the market (Some call them “Black Swan” events).  This means that if the price moves an average price over x days, 99.7% of the data points will fall within 3 standard deviations of that average. In other words, it’s rare the market would move that much on any given day, but it could happen.   (To give some perspective, the move of GBP/USD on the day of the Brexit vote was 15 Standard Deviations!!).

Large portfolio managers will be wrapping up trading soon for the year.   Why risk trading hard earned profits during the last few weeks of the year and on a single event?  Many people may close their books for the year ahead of the election to avoid the event risk.  If that occurs, watch for two things in particular heading into election day:

1)      Volatility:  If people come in selling large size to get out of positions, GBP may pull back.  Short term traders and high frequency algorithms may be ready to take the other side, causing volatility.

2)      Low liquidity:  More sellers than buyers is a recipe for a move lower.

And don’t limit the risk just to GBP.  The same scenario can be said for stock indices, bonds, and commodities related to the UK.  If one decides to trade around the election on December 12th,  if may be wize to stay away from anything GBP or UK related.