“We have a deal”! US infrastructure agreement reached

The infrastructure spending bill equals more stimulus for the economy

US President Joe Biden announced that Democrats and Republicans have reached a bi-partisan infrastructure deal worth roughly $1.2 trillion over 8 years.  The deal includes infrastructure spending on such physical items as roads, bridges, pipes and broadband internet,  however, excludes many of the social reform issues that Biden was hoping for, such as childcare and climate change (human infrastructure).  The package is said to include $579 billion in new spending which will be paid for by the sale of strategic petroleum reserves, 5G spectrum auction proceeds, extending expiring customs user fees and redirected covid funds.  In addition,  Biden will look to pass legislation regarding human infrastructure separately though reconciliation, in which the Senate would only need a 50-50 vote, with Vice-President Kamala Harris casting a deciding vote.  In it’s current form, tax increases are not included as a means of paying for the bill!

What stock market wouldn’t love the idea of more government spending without new taxes?  More spending equals more stimulus! The S&P 500 put in all-time new highs again today a near 4273.2.  The next resistance level is isn’t until the 127.2% Fibonacci extension from the highs of May 7th to the lows of May 13th, near 4329.6. Above there, resistance is at the upward sloping trendline near 4380.  Support is at the previous high of 4266.7, the upward sloping trendline from October 2020 near 4220, and the 50 Day Moving Average at 4192. 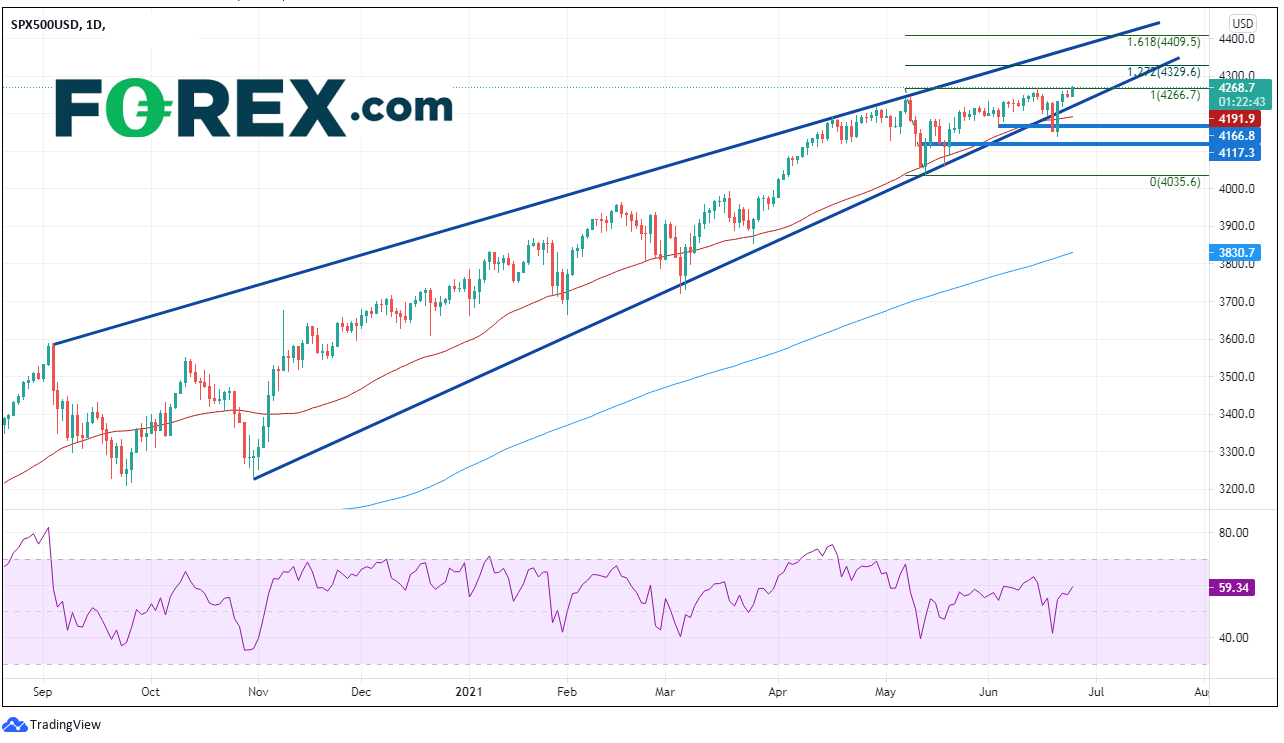 The US Dollar Index (DXY) had already been pulling back since putting in recent highs on June 18th at 92.41.  However, on the 60-minute timeframe, the DXY had been moving higher earlier in the day.  More spending equals more Dollars in the system, which means a lower value of the US Dollar.  Therefore, the price of DXY pulled back from trendline resistance towards the 50% retracement on the day.  Further intraday support is at the day’s lows near 91.66 and then the lows from June 23rd near 91.51.   Resistance is at today’s highs, which confluence with the top, downward sloping trendline near 91.90 and then the June 22nd highs near 92.12. 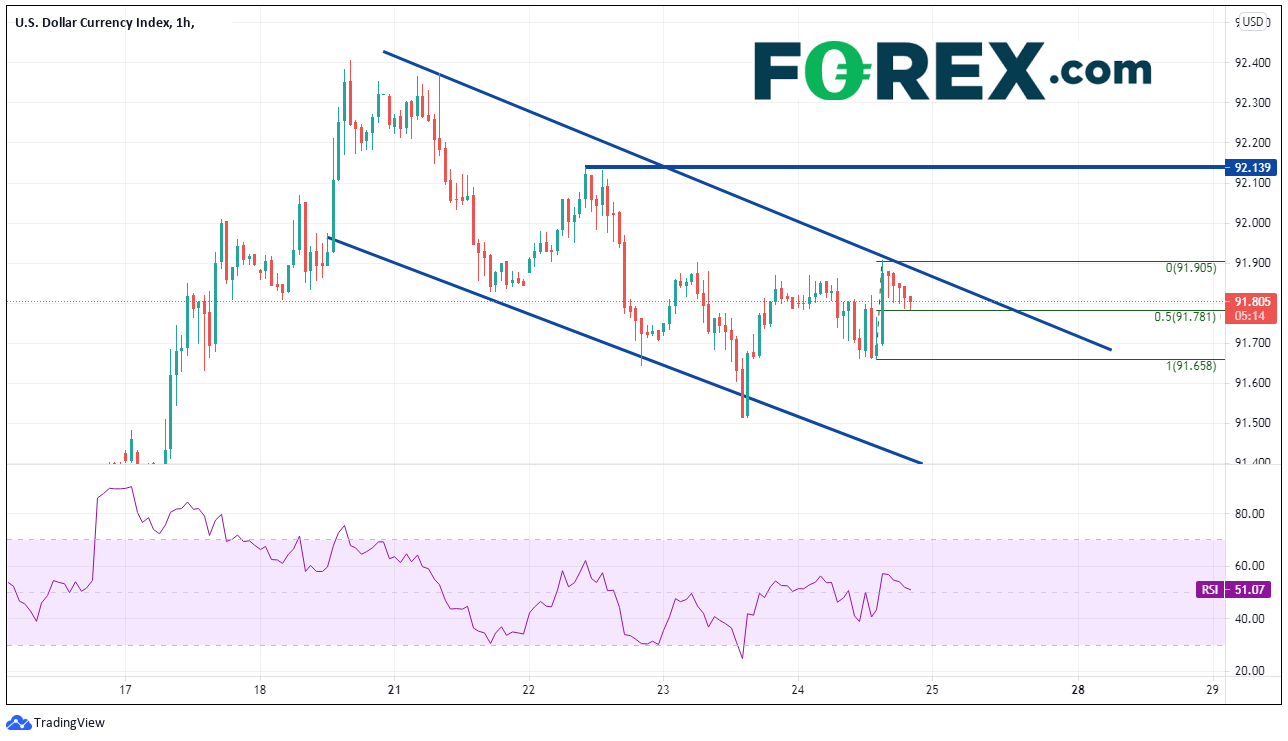 Read your complete guide to the DXY

As news continues to trickle out surrounding the infrastructure spending plan, watch for any “zingers” which may have been omitted from the initial statement release (such as an increase in taxes).  Otherwise, the spending bill equals more stimulus for the economy, which should be good for stock market bulls and US Dollar bears!