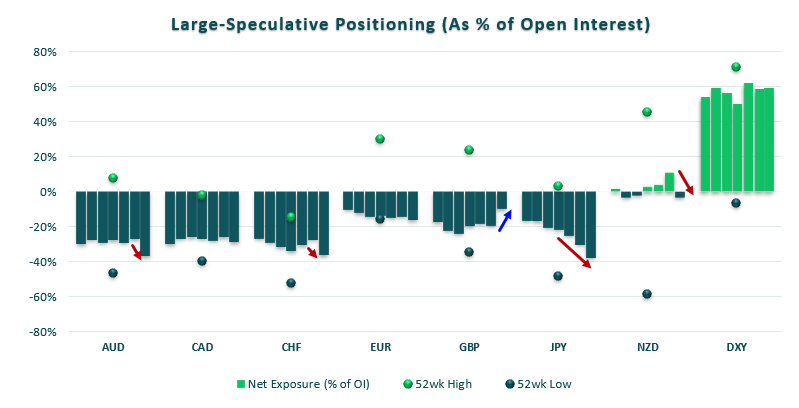 DXY: Net-long exposure fell by -9.1k contracts and sits at its least bullish level since July. With -6.4k long contracts closed and +2.7k short contracts added, it could mark a notable shift in sentiment for the dollar. That said, with bond yields falling and stocks wobbling at the highs we could see US inflows as a safe-haven over the near-term. 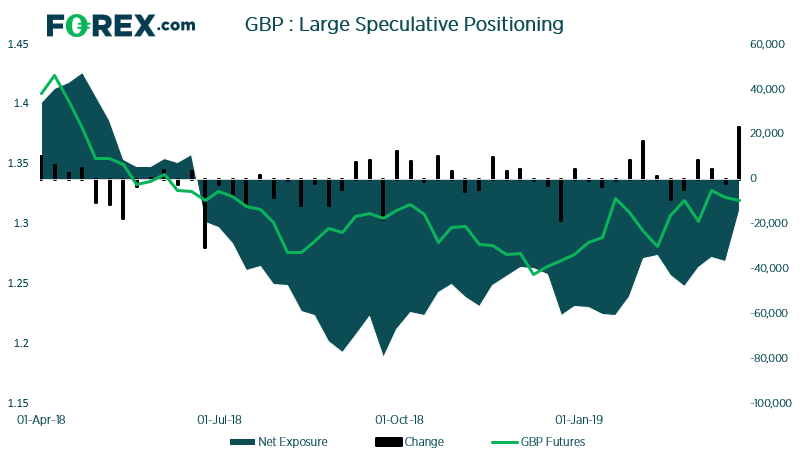 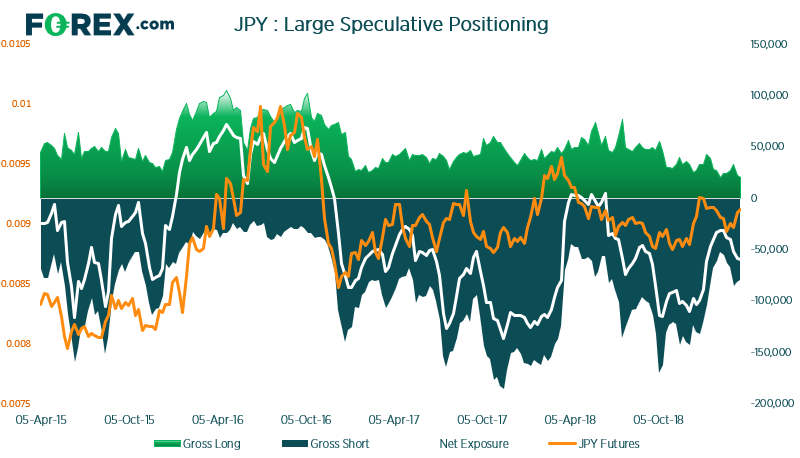 JPY: Gross long exposure hits its lowest level since September 2014. Despite the lack of bullish interest form large speculators, the yen continues to defy bearish views and sits at an 8-week high. Given the soured sentiment across markets these past two days, we could see a pick-up of bullish interest over the near-term. And this could see bears caught off-guard, with bearish bets outweighing bullish bets with a ratio of 4:1. 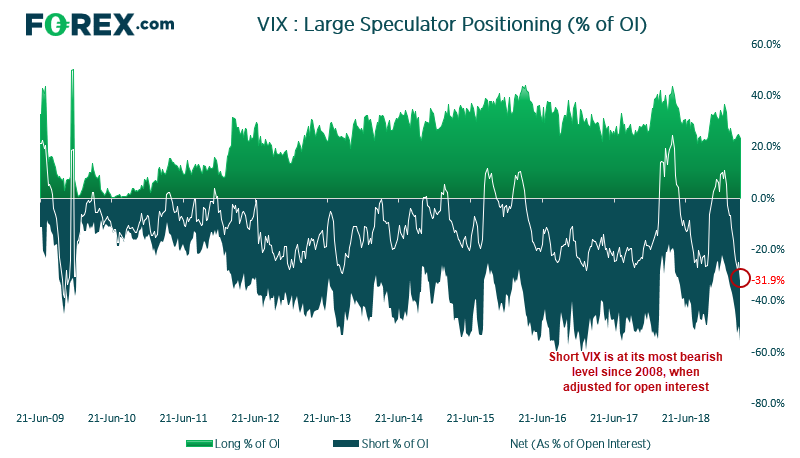 VIX: Two weeks ago we flagged that ‘short volatility’ could be near a sentiment extreme, as net-short exposure was at its lowest level since 2016 (once adjusted for open interest). As of last Tuesday, short exposure to VIX was its most extreme since April 2008. With so many traders short, its plausible we could see further spikes on the VIX, like seen on Friday.