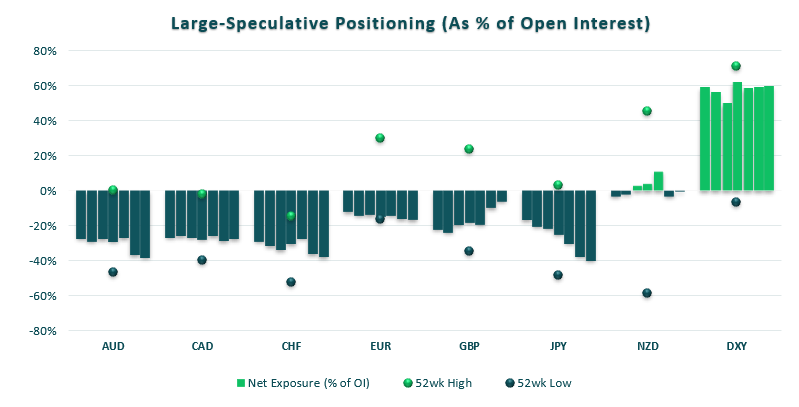 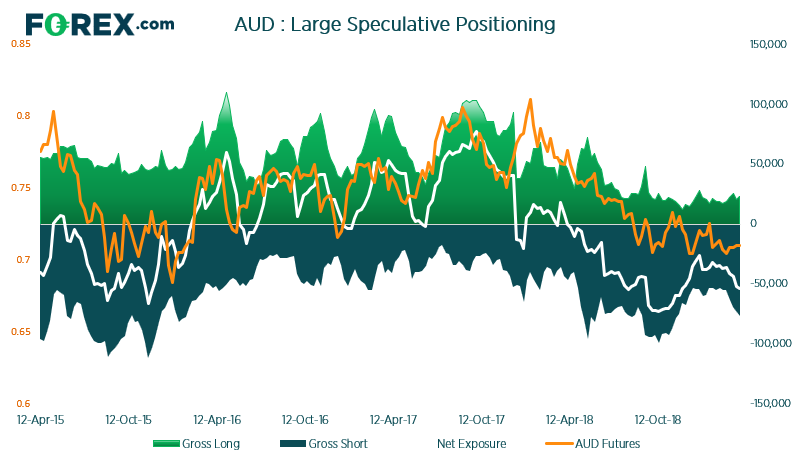 AUD: Gross shorts moved to their highest level since November 2018 ahead of today’s RBA meeting. Gross long exposure has remained largely unchanged this year as bulls remains side-lined, with short contracts accounting for 3.3 of every long contract. 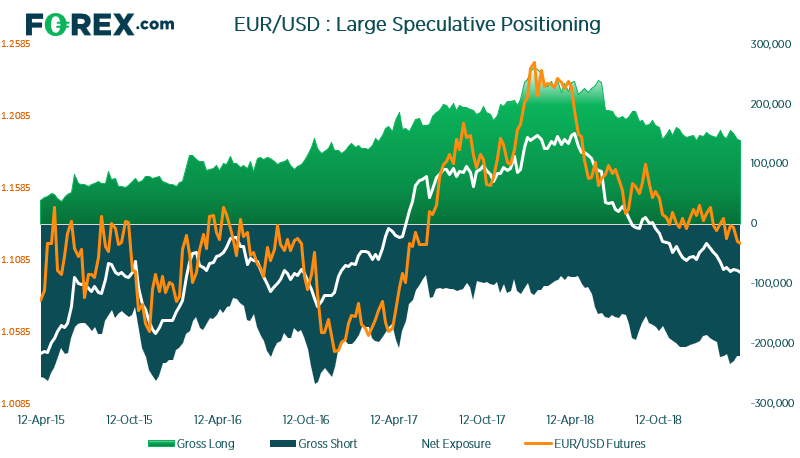 EUR: Large speculators are their most bearish on Euro since December 2016, although volume changes have remained below 2.5k contracts for the past 5 weeks (typically we consider weekly changes of over 10k contracts as significant volume). With such small changes each week it’s difficult to label positioning as a sentiment extreme (potentially bullish) or become increasingly bearish. That said, it’s the most bearish weekly close on EUR/USD since June 2017 and the trend points lower, but we’d like to see more conviction in the data from here. 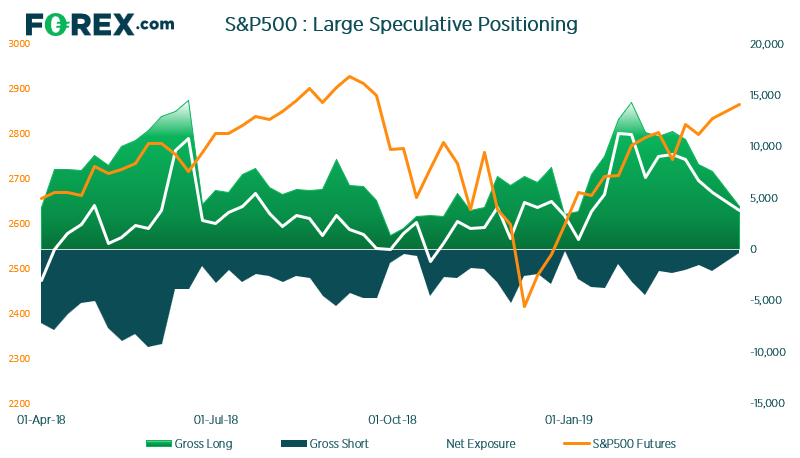 SPX: Net-long exposure has fallen four weeks in a row despite rising prices. Whilst could raise questions over the higher stock market, the pick-up of China data has already seen prices break to new highs and this could see bulls return to the table in next week’s report, suggesting bulls may have been incorrect to close out. Hindsight is a wonderful thing, but if sentiment is to remain bullish, then the rally on the S&P500 could see a fresh support.