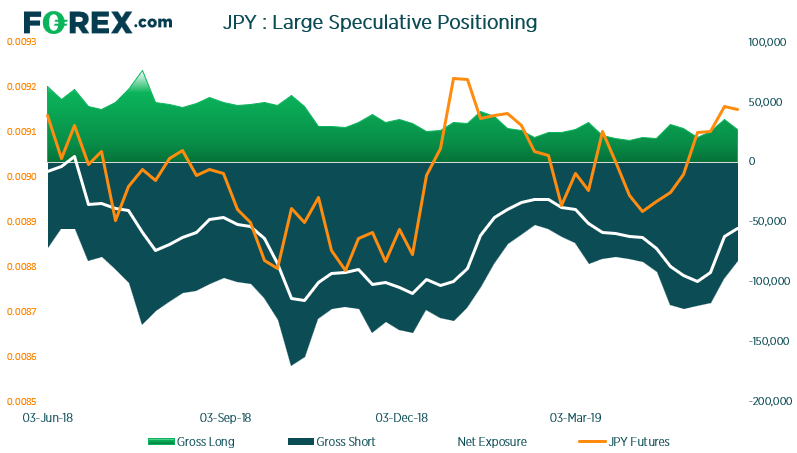 JPY: With 14.7k short contracts closed last week, it’s the fast rate of short-covering since late January and brings the 4-week total to 39.8k. Interestingly, we also saw 8.4k long contracts closed to show a slight aversion to JPY futures. Whilst traders remain net-short, they remain so at their least bearish level since early March. 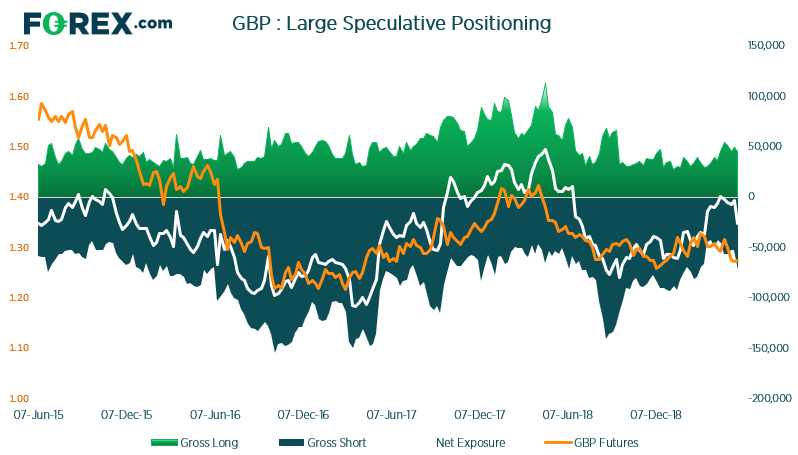 GBP: After a brief spell of net-long exposure in April (just one week), an apparent peak has formed and traders are their most bearish since the 12th March. Last week traders increased their net-bearish exposure by 22.8k contracts, their most bearish weekly change since June 2018. And this was before Theresa May announced her resignation. 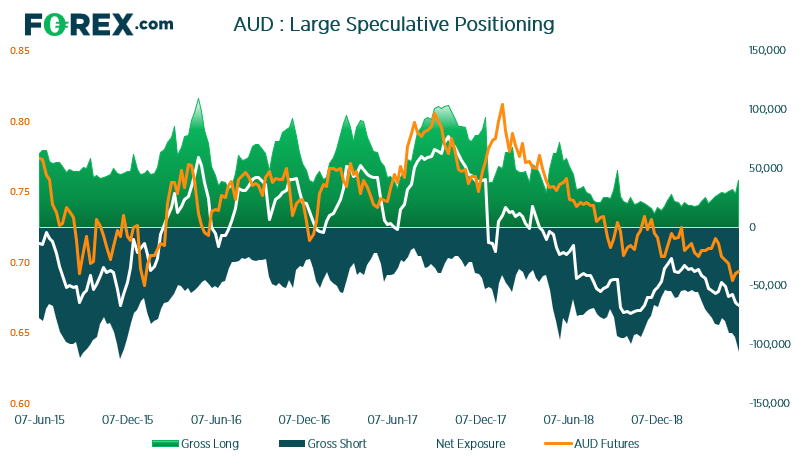 AUD: Large speculators are net-short the Aussie by 105.9l contracts, their most bearish stance since September 2015. Gross shorts are also at their highest level since November 2015. Since the report was compiled, Westpac have shifted their forecast for RBA to cut three times this year with the first to arrive in June and added further pressure eon AUD, so e could see an increase of bearish exposure in next week’s report. AUD remains a pair we favour to fade into rallies. 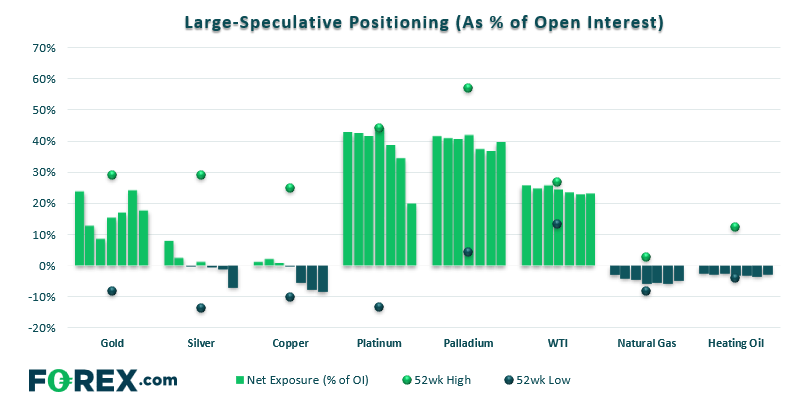 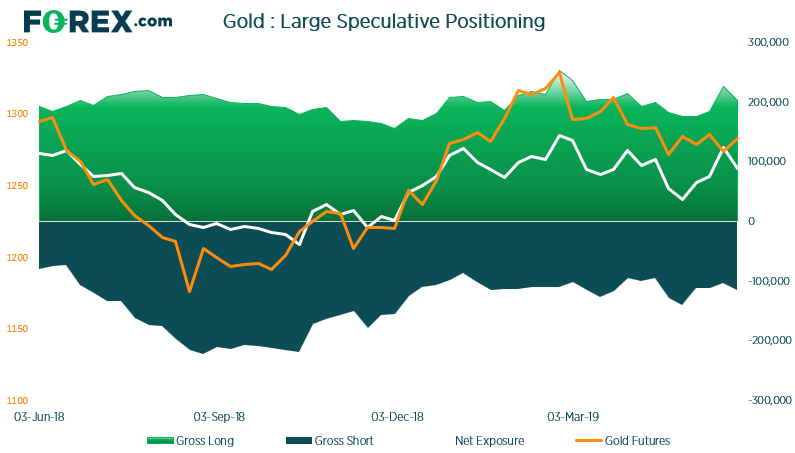 Gold: Demand for gold has been relatively subdued considering markets have been in risk-off mode recently. This could suggest traders are opting to go to ‘cash’ and de-risking. However, whilst net-long exposure has fallen by 35.7k contracts, last week saw a rise in short bets (+13k contracts) and closure of longs (-22.7k contracts). Still, we’d need to see a break below 1266 before becoming technically bearish once more. 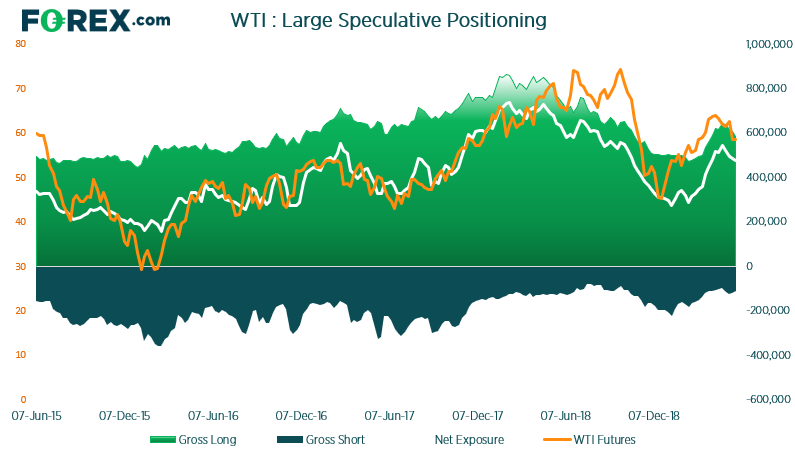 WTI: Net-long exposure on crude oil has fallen for four consecutive weeks, bringing the total to 68.9k contracts reduced. Last week saw 22k long contracts closed but also 12.6k short contracts closed. When the report was compiled on the 1st May, WTI was trading at $63, yet has since plummeted nearly 9% by Thursday’s low to suggest the shift in sentiment is more than corrective.