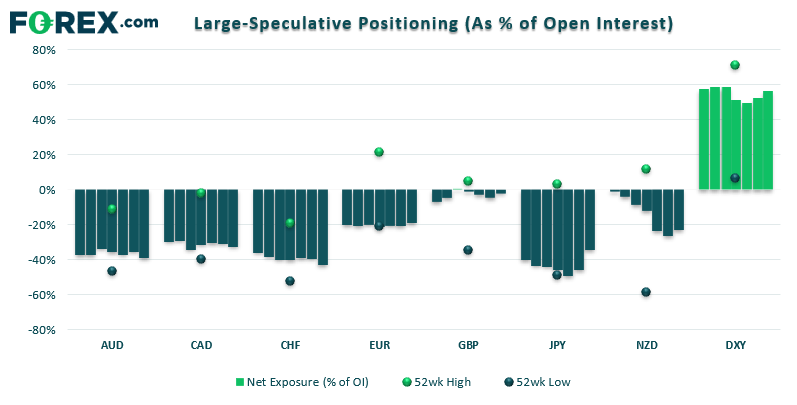 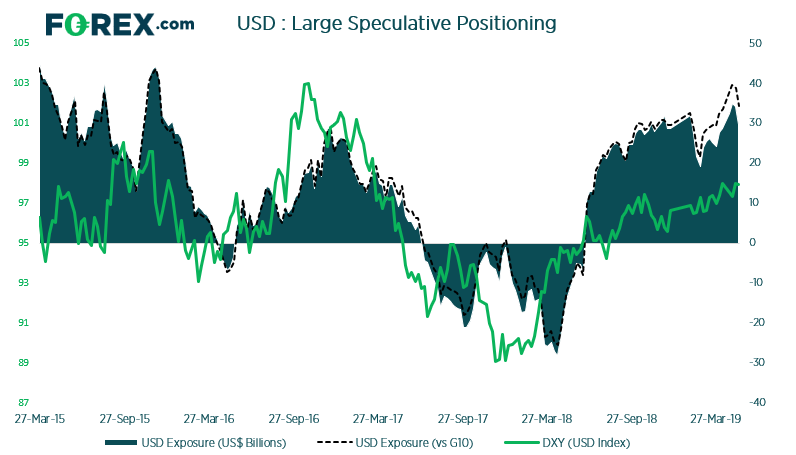 USD: Last week we noted that net-long positioning could be approaching a sentiment extreme. And now having seen two consecutive weeks of reduced long exposure, we’re closely watching to see if there is a follow-through. 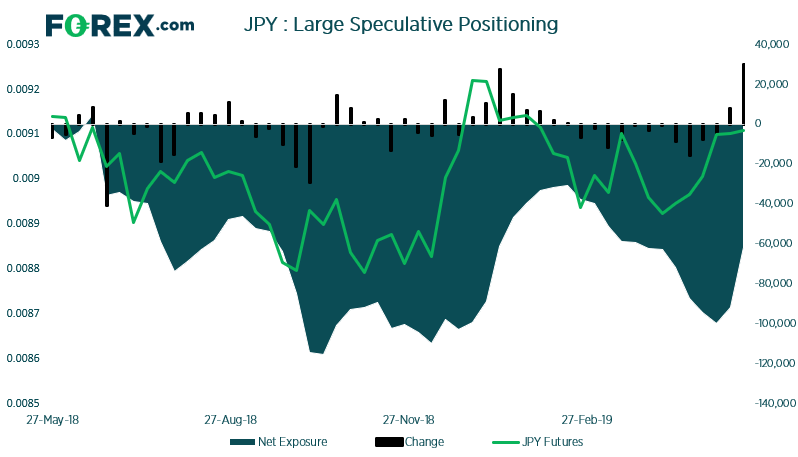 JPY: Heightened trade tensions saw a further reduction of short exposure to the yen. 29.1k shorts were closed and 10k longs were added. With net-short exposure being reduced by 30.k contracts it was largest weekly change since June 2018. 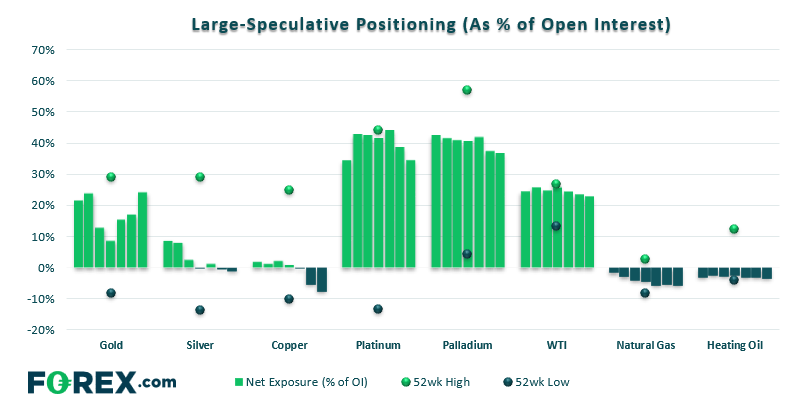 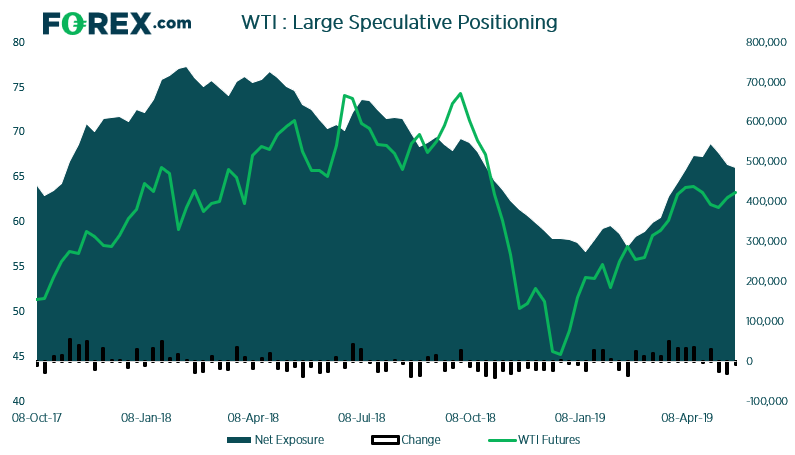 WTI: Crude oil traders reduced their bullish exposure for a third consecutive week, their longest streak since mid-January. Volumes were also lower, with -8.8k long contracts being closed along with -2.3k short contracts. We don’t see anything too alarming in these numbers, which appear to be part of a natural correction after such a bullish run. It’s also worth noting that prices have rebounded above $60. 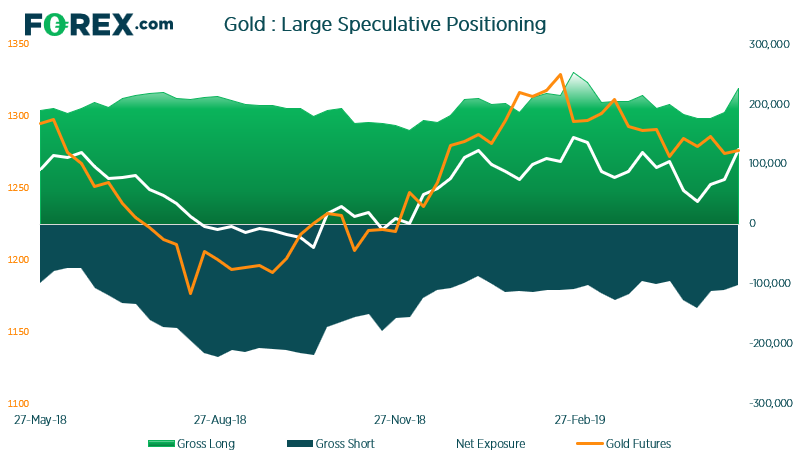 Gold: Net-long exposure has increased over the past three weeks, totalling an increase of 87.1k contracts. Moreover, each week has seen new longs initiated and short bets closed. We remain bullish on gold although its retracement has already met the bullish trendline beneath the support zone. So bullish action needs to resurface soon or the validity of the original breakout (and pick-up of increased long exposure) comes into question.