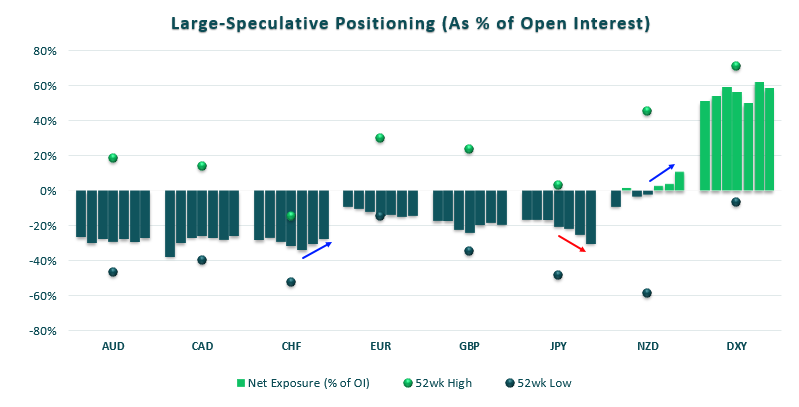 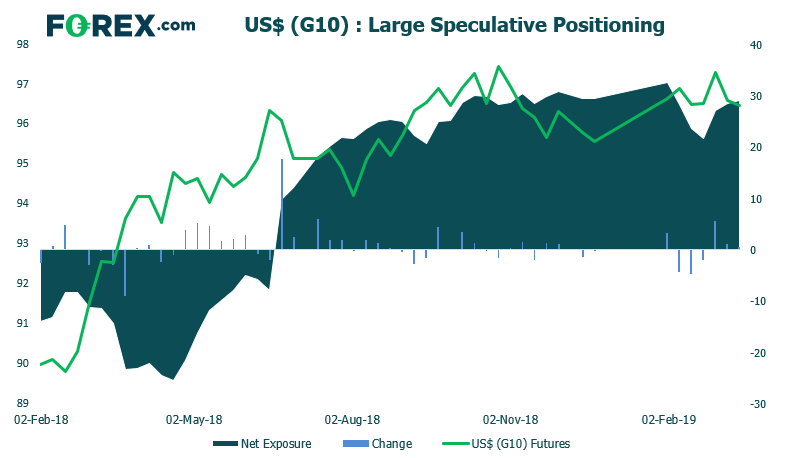 USD:US dollar exposure is at its highest level against G10 currencies in 6-weeks, having increased for a third consecutive week to $29 bln. Still, the US dollar index (DXY) is struggling near its highs and produced a bearish inside week after failing to break above 97, and remains to look weak technically over the near-term. 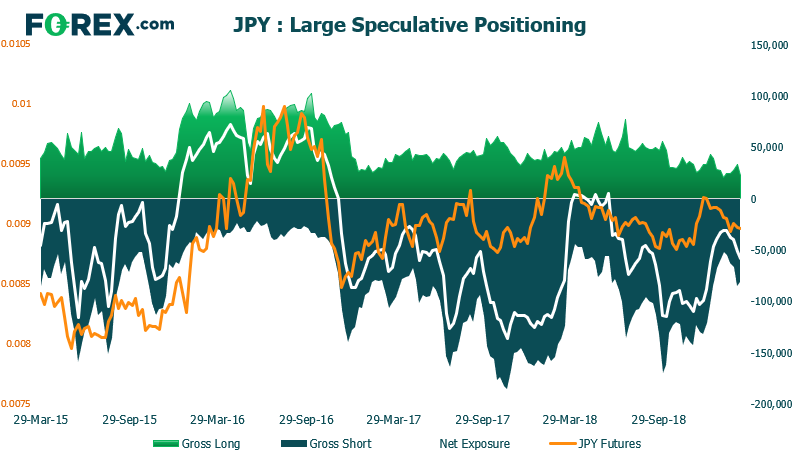 JPY: Traders are net-short at their most bearish level in 9 weeks. However, this bearish extension is off the back of long closure and not a round of freshly initiated short bets. This makes the ‘bearish move’ less compelling, along with the fact yen futures have failed to break lower. In fact, both longs and shorts have closed out to see volumes move lower among large speculators. 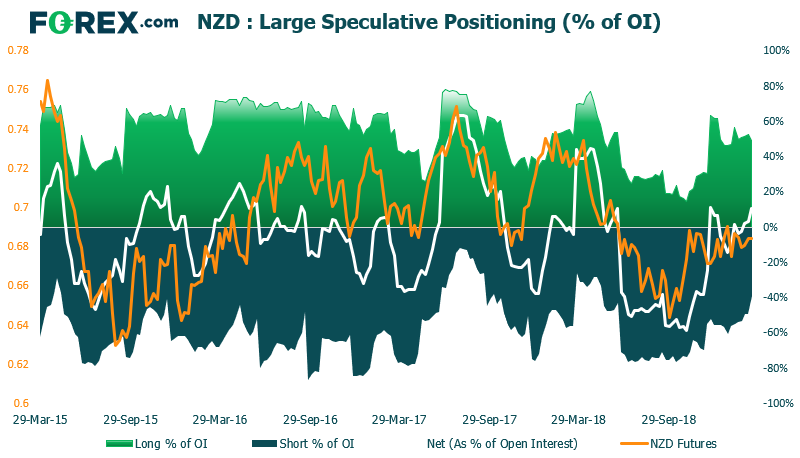 NZD:Net-long exposure moves to an 8-month high. Fuelled mostly by short-covering, short closure accounted for 10 times the amount of new bullish bets. Still, at just 21k contract net-long, bulls are hardly at dizzy heights, therefore far from a sentiment extreme. But if long interest picks up then we could be on the lookout for a bullish breakout on NZD/USD. 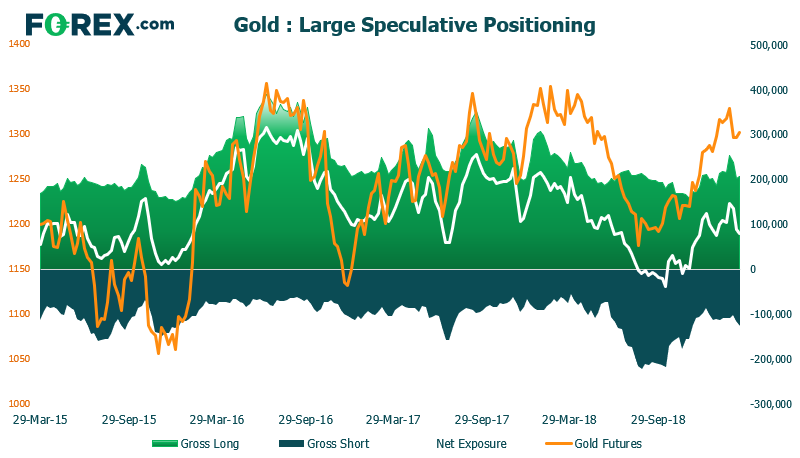 Gold: Net-long exposure was reduced by 9.2k contracts, after bears initiated 11.8k fresh short contracts last week. Keeping in mind the report was ahead of Thursday’s bearish engulfing candle below resistance, so we’d expect short interest to have picked up a little since then.