The Fed delivered their well-telegraphed 75-bps hike and left the door open for another one in July. Whether it can tame the inflationary beast remains debatable.

It looked like a classic case of ‘buy the rumour, sell the fact’ as the dollar sold off and Wall Street rallied after the Fed’s 75-bps hike. And that’s despite Powell hinting at another 75-bps hike at their July meeting, which would potentially take rates to 2.5%. But crudely adjusted for inflation, the Fed funds would still be -7.6% behind the curve. 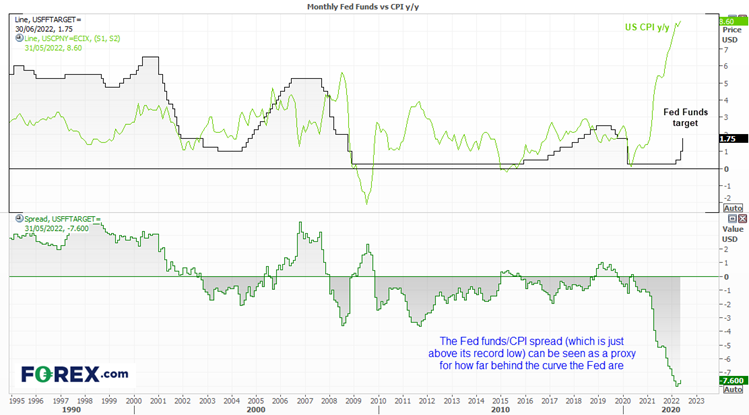 Don’t get me wrong - a 75-bps hike is not to be snuffed at (it is a 75% increase after all). But I’m still not convinced the Fed can tame such hot levels of inflation and avoid a harder landing having let inflation run so rampant. Especially since it’s a supply side problem they’re fighting.

Recent data shows that a widely followed consumer confidence survey has sunk to a record low, retail sales contracted -0.3% in May (or -1.3% adjusted for inflation), and import prices rose 0.6% last month. The economy is not on its knees, but the warning signs are there for things to get worse and challenge any ‘soft landing’. So we’ll be keeping a very close eye on today’s housing data, as the leading sector has large cracks which are getting wider. 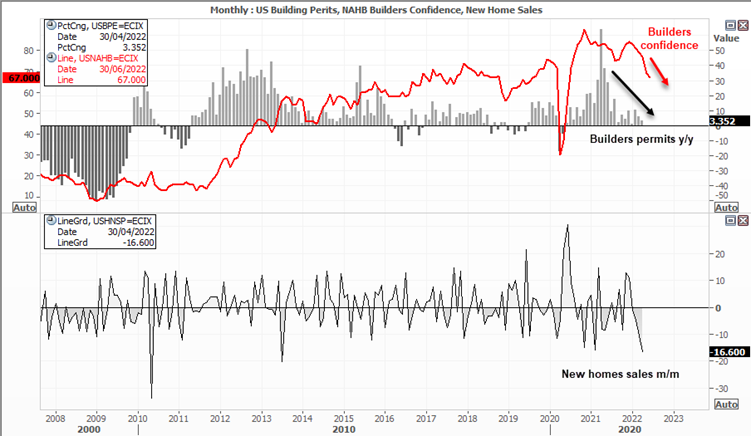 The US dollar enters a corrective phase

Still, it’s allowed the mighty dollar to correct from its highs, and that can be a good thing for trend followers who are eager to jump back in at more favourable prices (or who are stuck on the side lines waiting to participate). Given the trajectory for Fed hikes then we very much doubt the top is in place for the US dollar. But it has helped the Aussie rebound above 70c and it could now rise to the 0.7050 area – but the core view remains bearish below 0.7100. 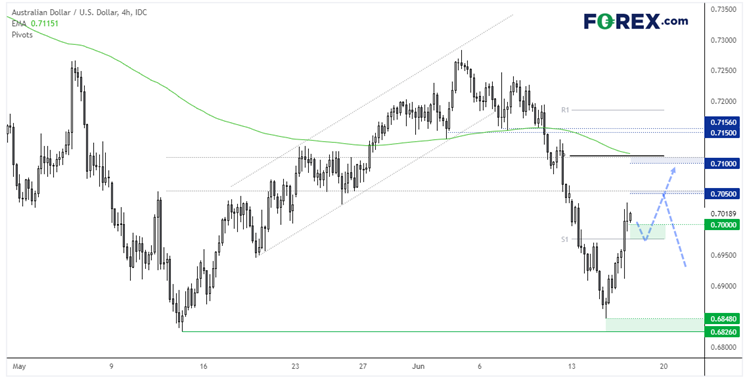 A strong countertrend rally was seen on AUD/USD which held above the May low. Due to the lack of retracements during its prior move, it looks like this bounce could have a bit further to go. Bulls could consider moves to 0.7050 and 0.7100 resistance zones, and bears could seek evidence of a lower high around such resistance levels before reconsidering fresh positions.