When the Bazooka Misses….

The New York Federal Reserve today said it would conduct $500 Billion 3 -month repo operations A DAY for the next 3 days.  That is a possible $1.5 Trillion worth of treasury buying.  This is not the typical “Not QE” we have been seeing since the Fall.  This is the real thing, real QE.  But one must consider that with such a HUGE move by the Fed, why did stocks pull back after a 150-handle rally in the S&P 500? Stocks rallied on the news from roughly 2500 to 2650, then traded back down to 2525? Something’s not right. 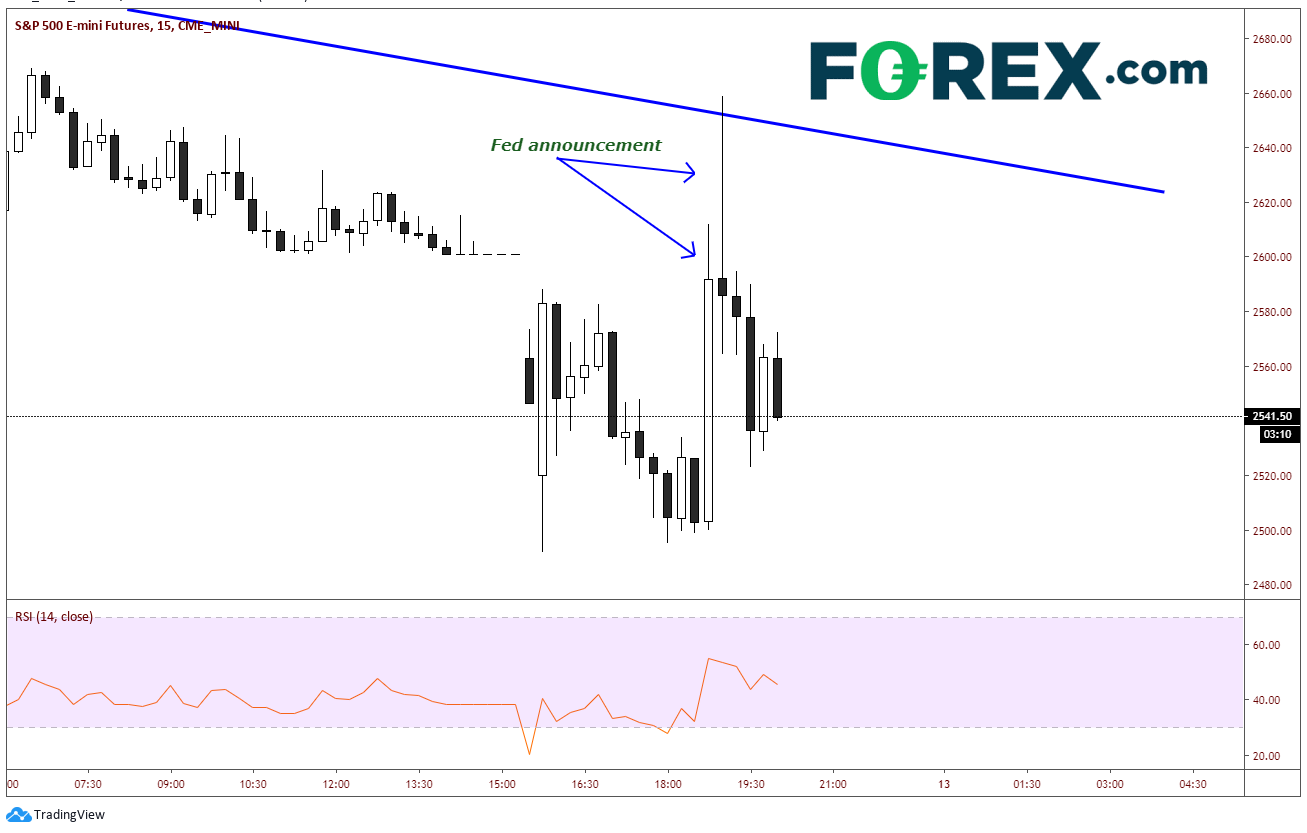 What information can we get from this type of price action?  This tells me that there are still a ton of people who are long the market from much higher, and still have not capitulated yet!  They are willing to sell any bounce to get out, even if it means a “smaller” loss.   One would think that there is still room left for the markets to go on the downside.  In extreme selloffs like this, the move doesn’t seem to end until every long is squeezed out of the market!

According to CNN’s Fear & Greed Index, the market is now in “Extreme Fear” at 2!  The last reading before this article was at 2:22pm ET.  The Fed announcement was at 1:00pm, and yet the index is still at 2.  This is meant to be a contrarian indicator, just as any overbought or oversold oscillator.  However, just as with any oscillator they can stay at extremes, until they don’t. 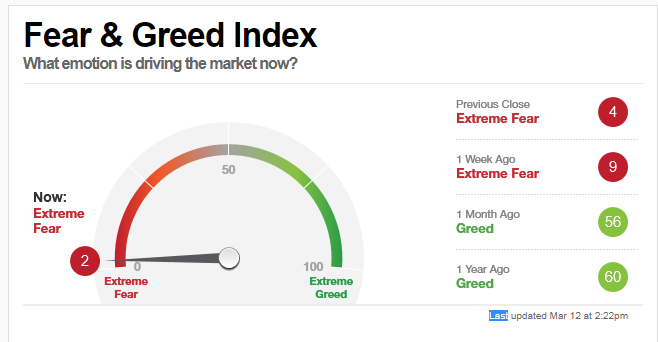 Take a look at the DXY.  Price had been moving higher all day. It seems that the US Dollar is now the “safe haven” currency.  However, on a 240-minute chart, the DXY is putting in a large shooting star formation.  As the announcement was released by the Fed, the DXY moved lower, as there would be a fresh supply us US Dollars in the market.  However, given the range of the day, 223 pips, one may have expected price to fall more than to the 38.2% Fibonacci retracement for the day.  Mixed signals. There is support just below at 97.19 (the low of the candle), but with such a huge supply of US Dollars by the Fed, one could have expected a much larger retracement! 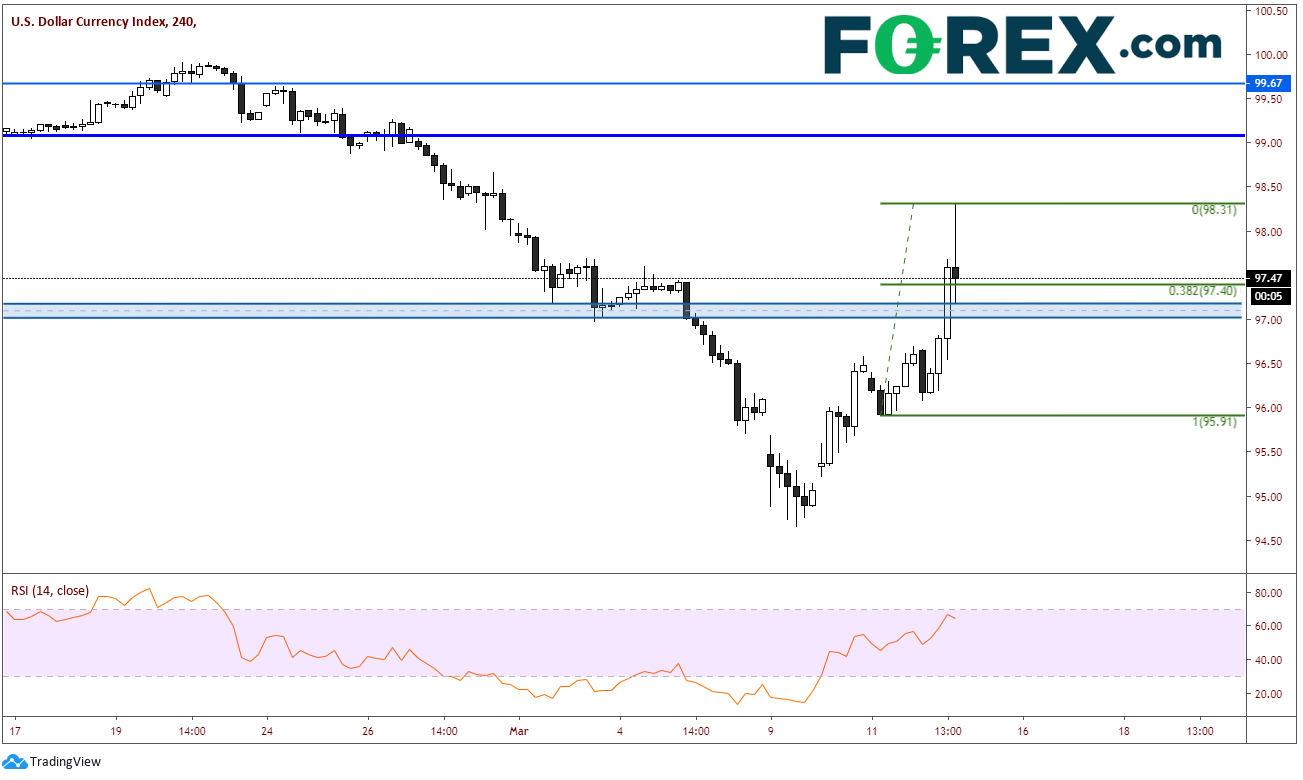 Carry on.  There is a large band of support in S&P 500 from the December 2018 lows between 2316.75 and 2475.  That may seem like a rather large band for the S&P 500, however not these days.  In DXY, with a shallow retracement, watch if price continues the move higher.  If so, that will be confirmation that the bazooka missed its target!