Coupang Q2 preview: where next for Coupang shares?

Coupang is due to release its second set of quarterly results since completing its IPO earlier this year. We explain what to expect and consider where how the Coupang share price could react to the earnings.

When will Coupang release Q2 results?

Coupang will release second quarter results after US markets close on Wednesday August 11.

Coupang Q2 earnings preview: what to expect from the results

South Korea’s biggest ecommerce company, Coupang, is not only continuing to attract more customers but is squeezing more money out of each of them. It had over 16 million active customers at the end of March that spent an average of $262 in the first three months of 2021. A year earlier, it had only 13.3 million customers that were spending an average of $182.

The anticipated 70% growth in revenue would mark a slight slowdown from the 74% topline growth delivered in the first quarter of 2021. However, that would still be impressive considering the prior year’s numbers will be flattered by the outbreak of the coronavirus, which led to accelerated growth for the ecommerce industry and Coupang.

Brokers remain bullish on Coupang’s prospects with the 10 covering the stock having an average Buy rating and a price target of $46.00 – some 18% higher than the current share price. Coupang went public on the New York Stock Exchange back in May at a price of $35 and hit a high of just under $65 on the first day of dealings before starting to head lower.

Technically speaking, Coupang (CPNG) has had a relatively short, though eventful trading history. Following its March IPO, the stock fell sharply and has spent the last five months consolidating in an ever-tightening range. With prices currently trading near the middle of that range around the $40.00 level, there is no strong immediate technical bias, though a particularly poor earnings report could take CPNG down to test support near $37.00 while a strong release could push the stock toward the top of the developing symmetrical triangle around $44.00 next. 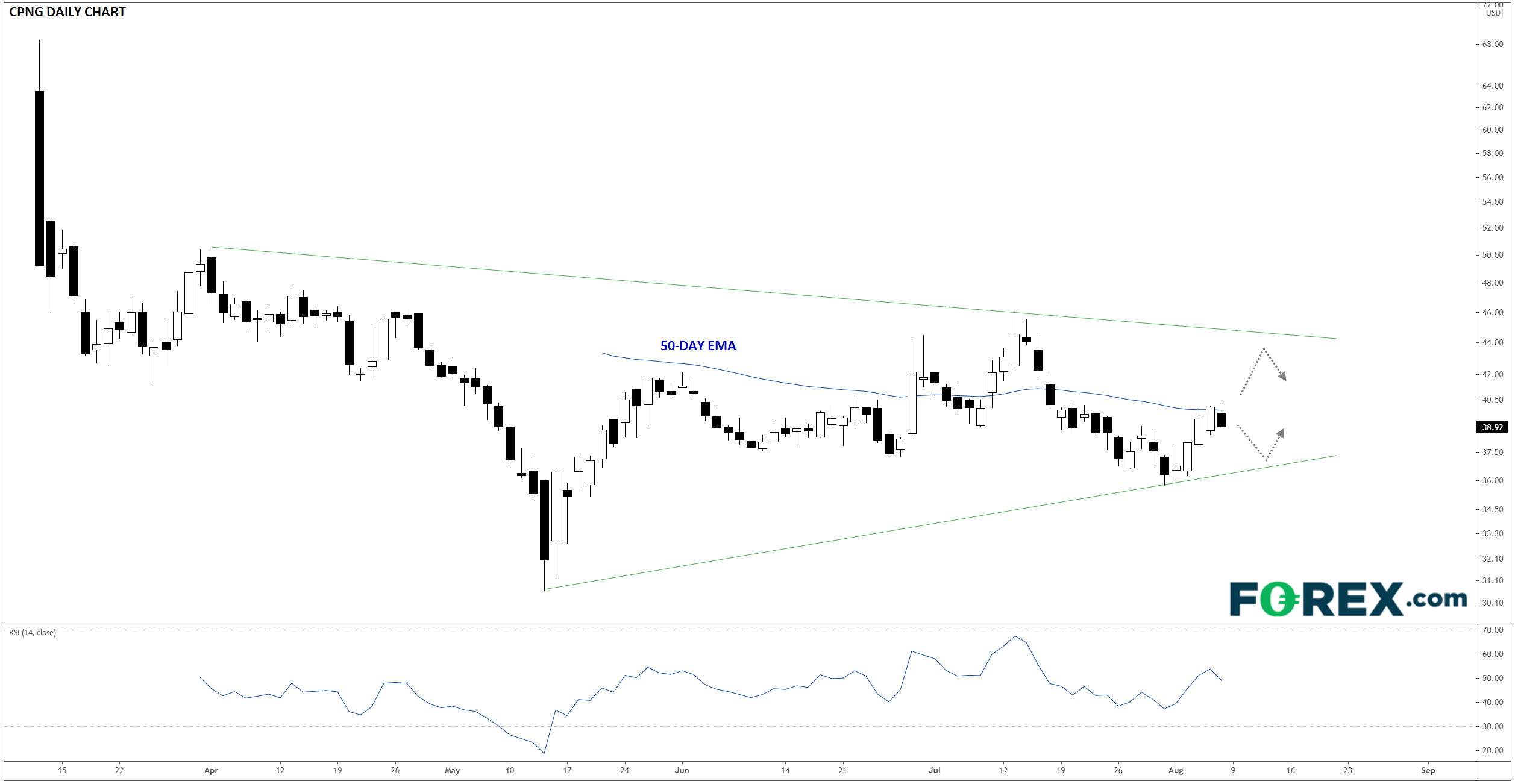 How to trade Coupang shares

You can trade Coupang shares with Forex.com in just four steps: