There is information in price action (or lack of it) after news or data is released, and price doesn’t move in the direction one would expect.

The UK released its Claimant Count earlier today for September and showed a decline for the seventh straight month!  51,100 people stopped claiming unemployment benefits vs an expectation of -46,000 and August’s reading of -58,600.  A good reading should be good for the local currency, as it increases that chances of a tapering (less currency in the system) or an interest rate increase at the next meeting.

In addition, the news out of the UK has been positive since the weekend, yet GBP/USD can’t maintan a bid. Over the weekend, BOE member Saunders said that he’s concerned that a pickup in inflation from capacity pressures and higher pay growth “could become more persistent unless monetary policy responds”.  He also said that he “thinks it is appropriate that the markets have moved to pricing a significantly earlier path of tightening than they did previously.  In addition, BOE Governor Baily said there is potential for a very damaging period of inflation.  These comments sound as if a complete end to the BOE’s bond buying program, or even an interest rate increase, may happen at the BOE’s next meeting on November 4th.

Given the Claimant Count Change and the positive comments from BOE board members, traders may expect the value of GBP/USD to be much higher.  The pair closed Friday at 1.3611 and is currently trading near 1.3600.  GBP/USD had been trading in a symmetrical triangle since July 20th, and finally broke lower on September 28th.  The pair spiked through the 50% retracement level from the low on September 24th,2020 to the highs of June 1st, near 1.3450 and bounced to resistance at the bottom trendline of the symmetrical triangle near 1.3600.  Price has been oscillating near this level since October 4th. 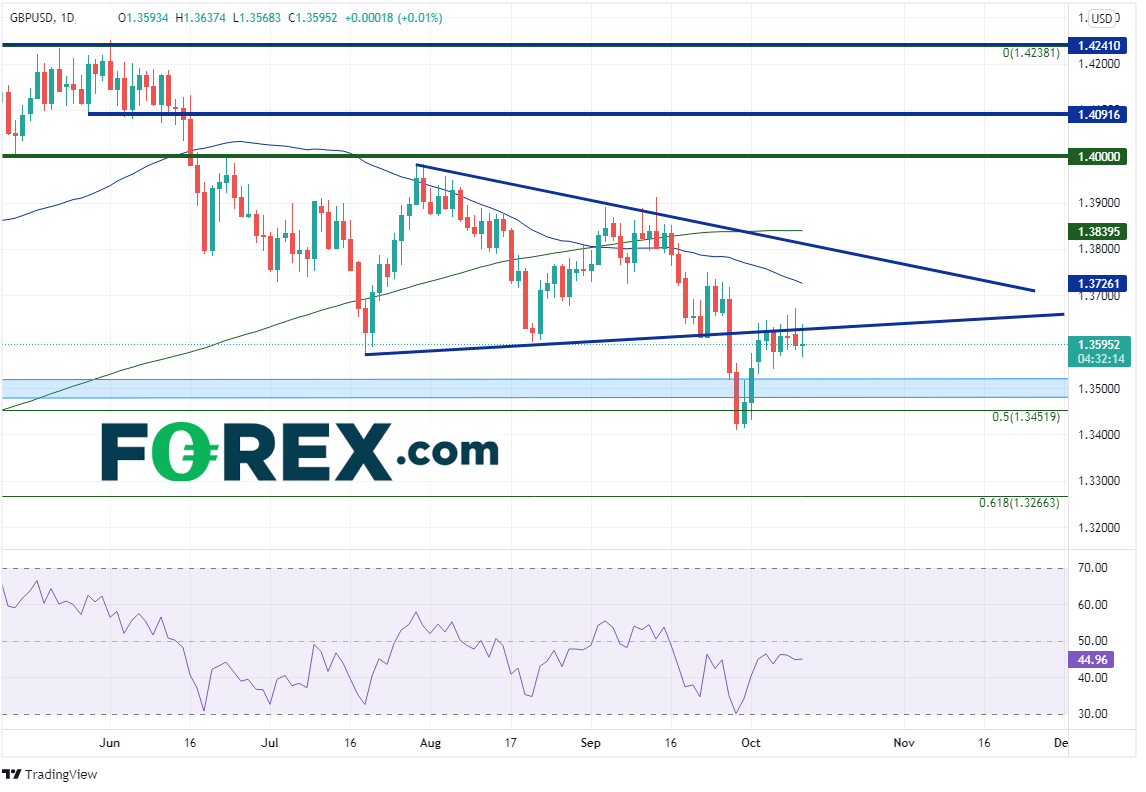 On a 240-minute timeframe, GBP/USD bounced from the lows was to 1.3673, which was resistance at the bottom trendline of the longer-term symmetrical triangle, as well as, the 50% retracement from the September 14th highs to the September 29th lows.  As mentioned above, the pair is currently oscillating around the 1.3600 level.  Horizontal support below is at 1.3532 and then the recent lows from September 29th at 1.3388.  Strong resistance is above at the October 11th highs of 1.3674, ahead of the 61.8% Fibonacci retracement level from the recently mentioned timeframe at 1.3722 and the 50-Day Moving Average of 1.3726. 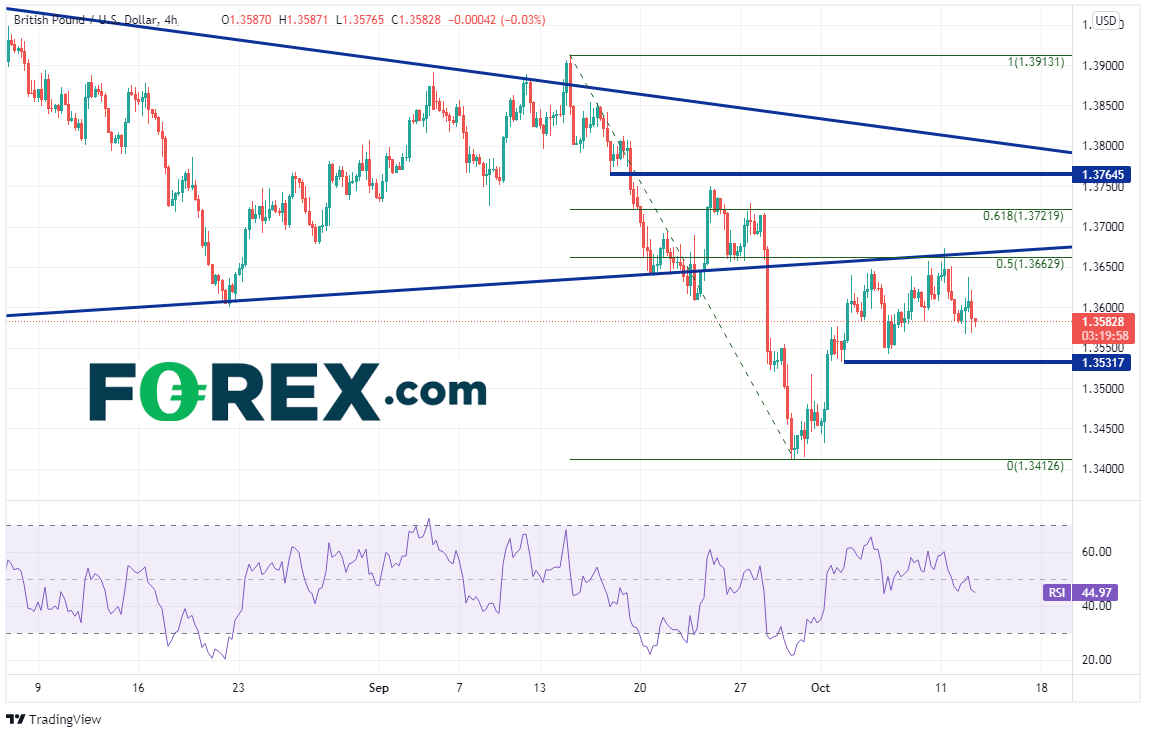 There is information in price action (or lack of it) after news or data is released, and price doesn’t move in the direction one would expect.  If GBP/USD isn’t moving higher on positive news, one has to consider what will make it move higher?