Despite this NFP-driven boost for the dollar and pressure on gold, however, concerns about lagging inflation in the US remain. Friday’s headline NFP beat was accompanied by weaker-than-forecast wage growth data. Average hourly earnings came in lower than expected at +0.2% against a +0.3% forecast, and May’s +0.2% was revised down to +0.1%. These relatively weak numbers are likely to exacerbate concerns that inflation may continue to lag below the Fed’s target.

This week, key inflation data will help further clarify the path of US inflation. On Thursday, June’s Producer Price Index (PPI), a key inflation measure, will be released. Then, on Friday, the Consumer Price Index (CPI) for June will be released. Last month, both the headline CPI and core CPI (excluding food and energy) fell short of expectations. For June, the PPI is expected to come in at 0%, while the CPI is expected to be +0.1%. Any continued weakness in inflation readings is likely to weigh on the dollar and give a much-needed boost to gold.

From a technical perspective, the start of the new week has already seen some loss of downside momentum for gold prices. After dipping below $1205 early on Monday, price pared much of its losses as the trading day wore on. While the past month has seen the precious metal fall precipitously from near the $1300 resistance level, price has now come close to approaching the major $1200 psychological support target. If inflation continues to lag Fed expectations and the US dollar fails to make any meaningful recovery, gold could see a significant rebound from around the $1200 level. Of course, any heightened market volatility on the horizon would also help boost the chances of a gold bounce. With any such price rebound, the key short-term resistance target to the upside remains around the $1250 level. 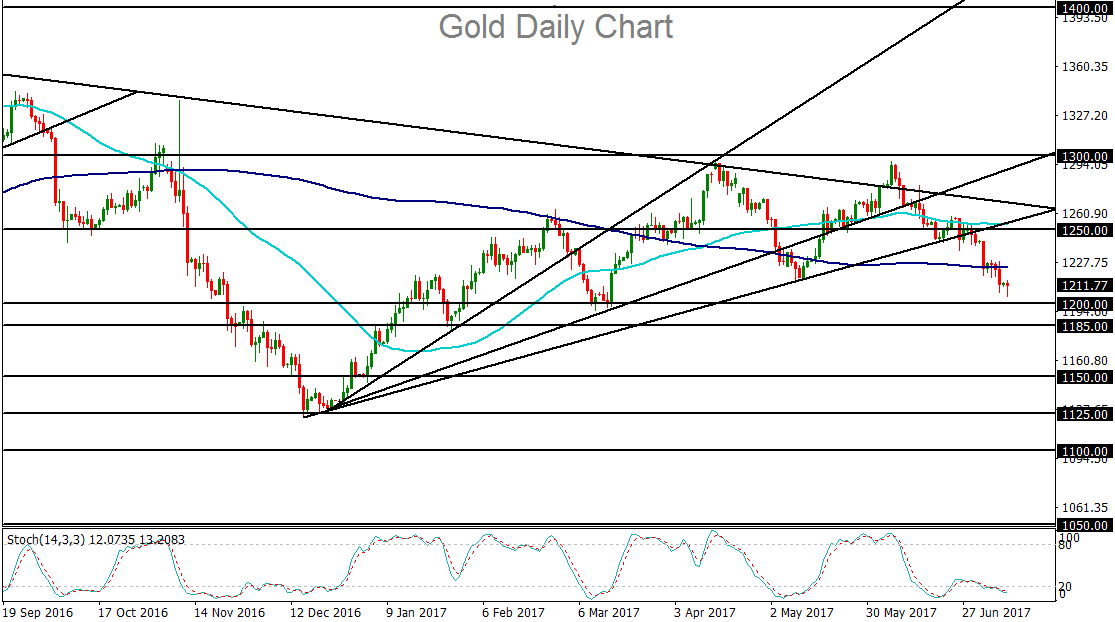