Crude oil prices are on track to rise for the seventh consecutive day. For the first time since June, a barrel of oil in the US costs more than $50 again. From around $44.50 a barrel towards the end of last month to today’s current high of $50.50, WTI has thus risen a solid $6 or in percentage terms more than 13%. While some would argue that the buying may be a little overdone, there is still no end in sight for the current bullish run... 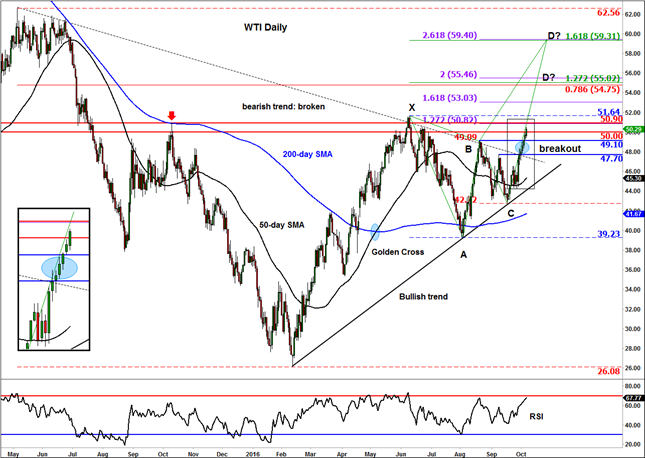