WTI Crude Oil futures slumped from January to April due to the outbreak of COVID-19. In April, Crude Oil futures even plunged to the negative value as the investors have to close their position to avoid the settlement of crude oil.

The U.S. Energy Information Administration (EIA) reported that U.S. commercial crude oil inventories (excluding those in the Strategic Petroleum Reserve) decreased by 2.1M barrels from the previous week to 532.3M barrels for week ended May 29. Besides, U.S. oil production decreased to 11.2M b/d from 11.4M b/d in the prior period.

In the below chart, it showed that the increase of crude oil inventory peaked in April, which timing is similar to the bottom of Crude Oil futures prices. Currently, the stockpile data swung from negative to positive, then returned to negative again. Investors should focus on the next inventory data to show whether the trend of stockpile withdrawal starts.

Currently, the media reported that OPEC+ would set to extend the oil cuts after a breakthrough with Iraq, and the deal might be signed as soon as this weekend. Under the original agreement, OPEC+ agreed to cut the oil production with 9.7M b/d in May and June. And the group would ease its cuts to 7.7M b/d from July to December. The extent of the deepest oil cut would be good fundamental news for the reduction of supply

From a technical point of view, Crude Oil broke above the declining trend line from January, indicating the bullish reversal signal. 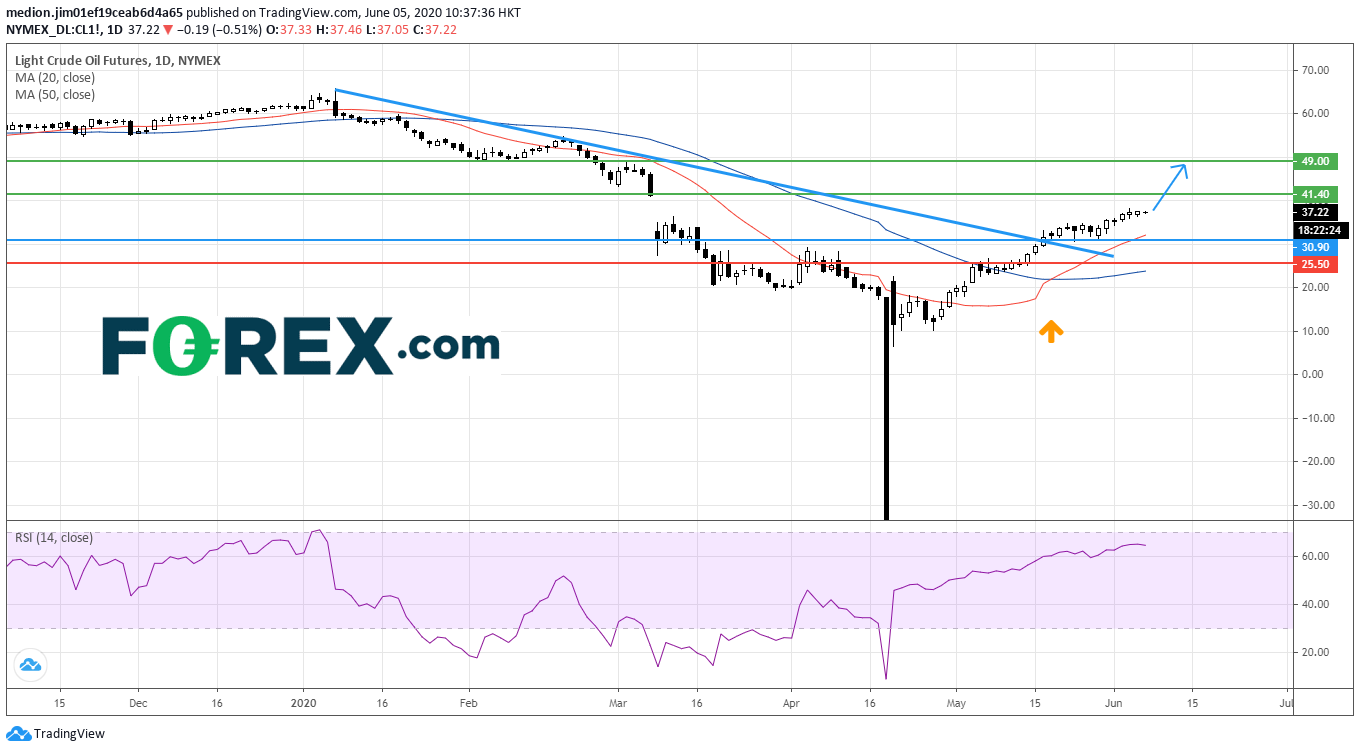 In fact,  golden cross between 20-day and 50-day moving averages has been identified, enhancing the bullish technical outlook.