The US Dollar was bullish against all of its major pairs on Monday. On the US economic data front, New Home Sales unexpectedly fell to 959K on month in September (1,025K expected), from a revised 994K in August.

On Tuesday, Durable Goods Orders for the September preliminary reading are expected to rise 0.5% on month, in line with the August final reading. Finally, the Conference Board's Consumer Confidence Index for October is expected to increase to 102.0 on month, from 101.8 in September.

The Euro was bearish against most of its major pairs with the exception of the CAD. In Europe, Germany's IFO Business Climate Index for October was released at 92.7 (vs 93.0 expected) and Expectations Index at 95.0 (vs 96.5 expected).

The USD/CAD gained 76 pips in Monday's trading making it the best performing major pair as equity markets slid over 2%. Despite Monday's strong rebound, the longer term trend remains bearish below key resistance at 1.3265. Key support can be seen at 1.30 and remains our downside target. The bank of Canada's rate decision is on Wednesday. 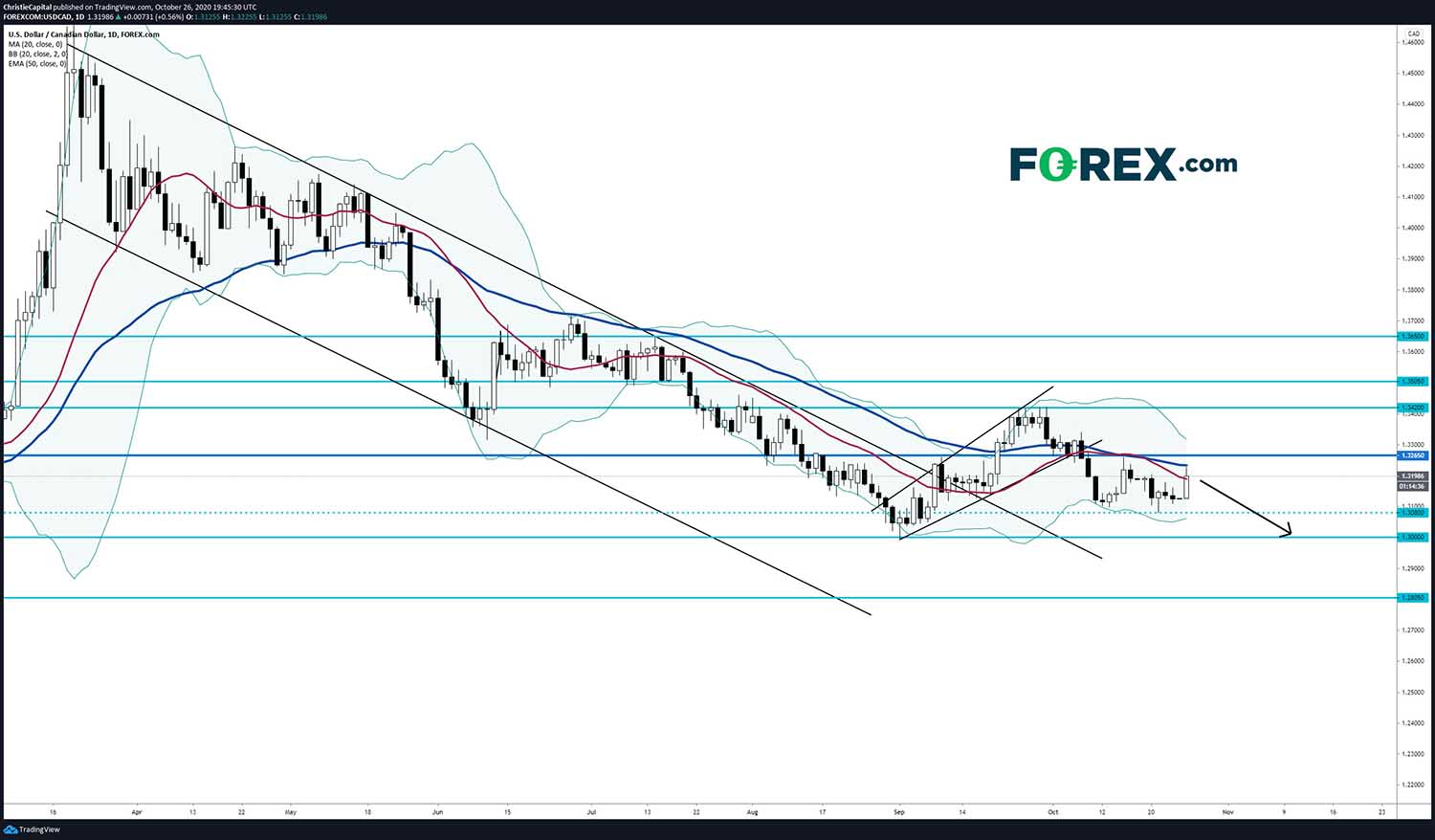