Xiaomi (1810), a Chinese electronics company, announced that 1Q adjusted net income rose 10.6% on year to 2.30 billion yuan while operating profit declined 35.7% to 2.32 billion yuan on revenue of 49.70 billion yuan, up 13.6%. The company added: "We successfully navigated the market downturn and were able to achieve the highest year-over-year growth in shipments among the top five smartphone companies worldwide, according to Canalys. (...) According to Canalys, our smartphone shipments in Western Europe increased by 79.3% year-over-year and we attained the largest market share in Spain for the first time."

Recently, HSI Company announced that WVRs listed in Hong Kong, including BABA-SW (9988), Meituan (3690) and Xiaomi (1810), are eligible for inclusion into the Hang Seng Index. Investment Bank Morgan Stanley estimated that Xaiomi would have a passive inflow of US$500 million.

From a technical point of view, the stock brok above the declining trend line drawn from January top before announcing the 1Q result on a daily chart. Currently, the prices stand above the 61.8% retracement level, indicating the potential of challenging the previous top at HK$14.00. In addition, the bullish cross between 20-day and 50-day moving averages has been identified. 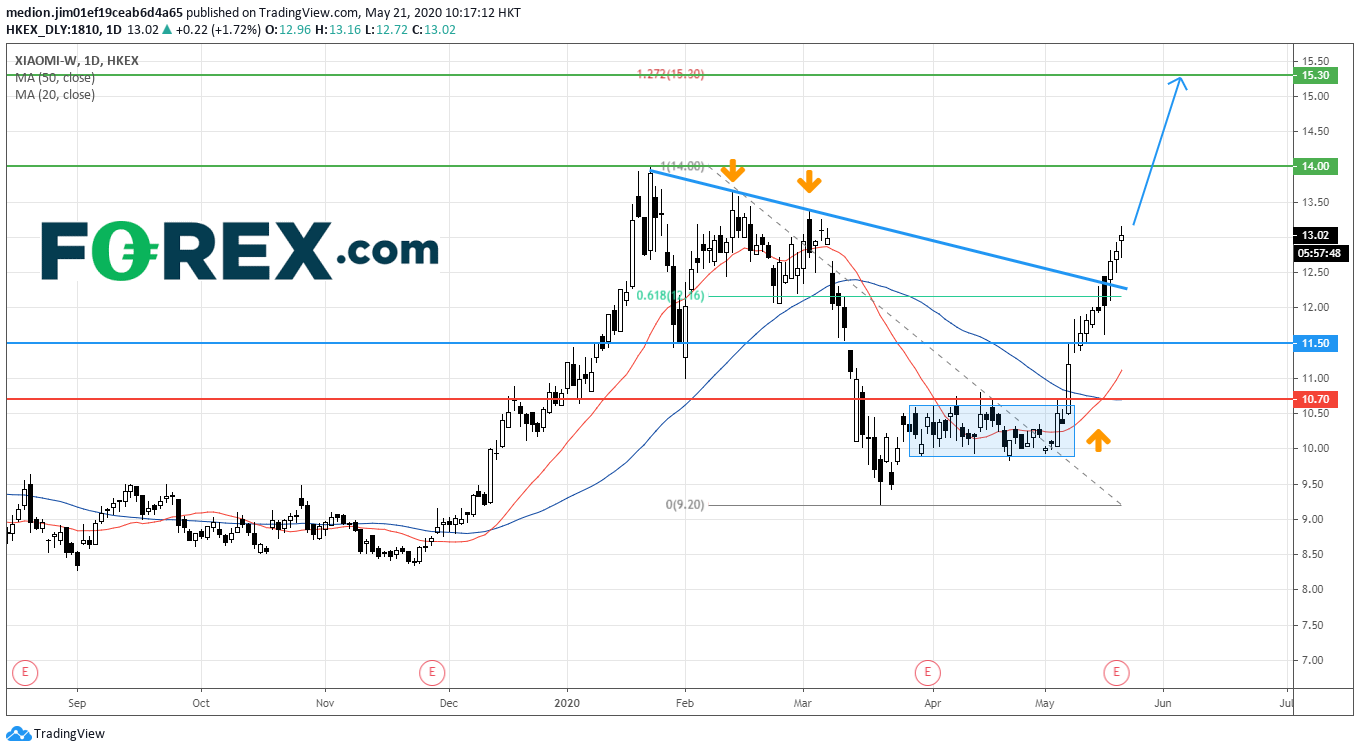