Was the pullback from the January highs to the March lows just a correction?

Under Donald Trump’s presidency, the US Department of Defense added Xiaomi Corp to a list which required Americans to sell their interests in the firm.  However, on Monday a federal judge suspended the US investment ban,  noting that the US government’s process for determining that the firm was tied to the Chinese military was “deeply flawed”. 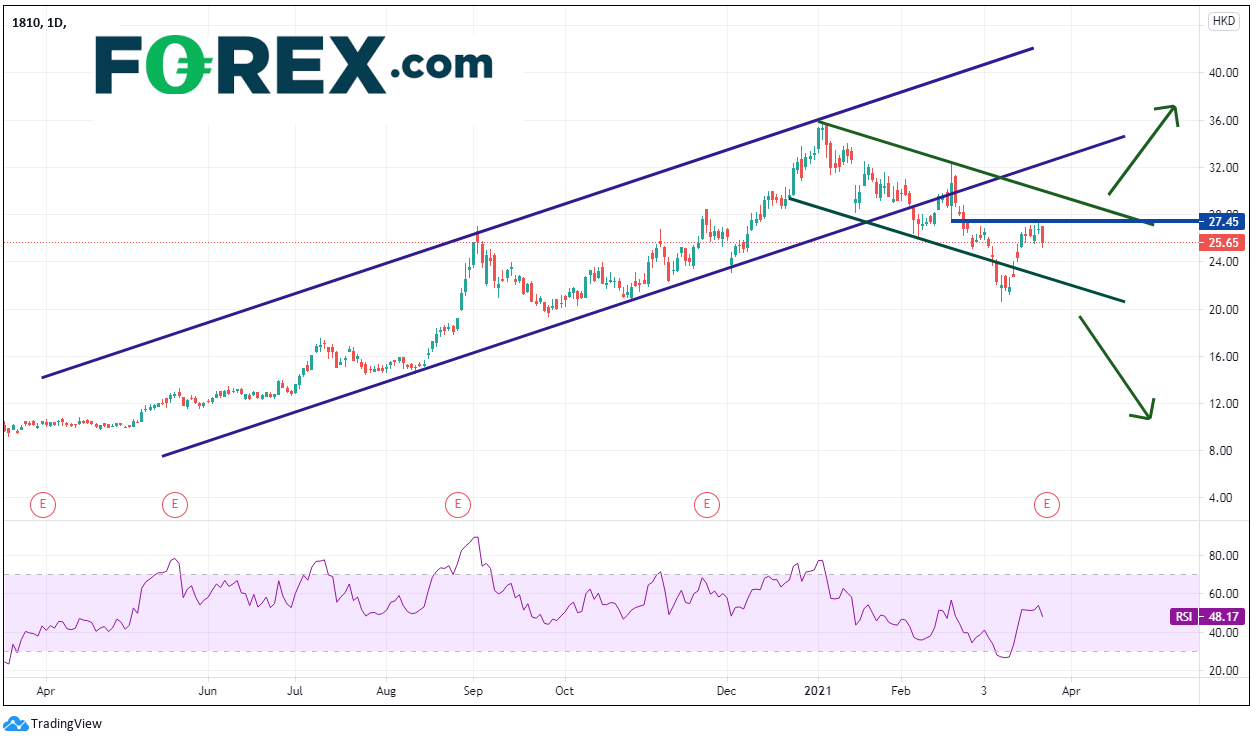 On a 240-minute timeframe, resistance is just above at the 50% retracement level from the January 5th highs to the March 9th lows, at 28.30.  Above there is a confluence of resistance at the 61.8% Fibonacci retracement level from the same timeframe, the top trendline of the downward sloping channel, and the psychological round number resistance level at 30.00. First support is below at the bottom trendline of the downward sloping channel near 22.65 and then the March 9th lows at 20.70. 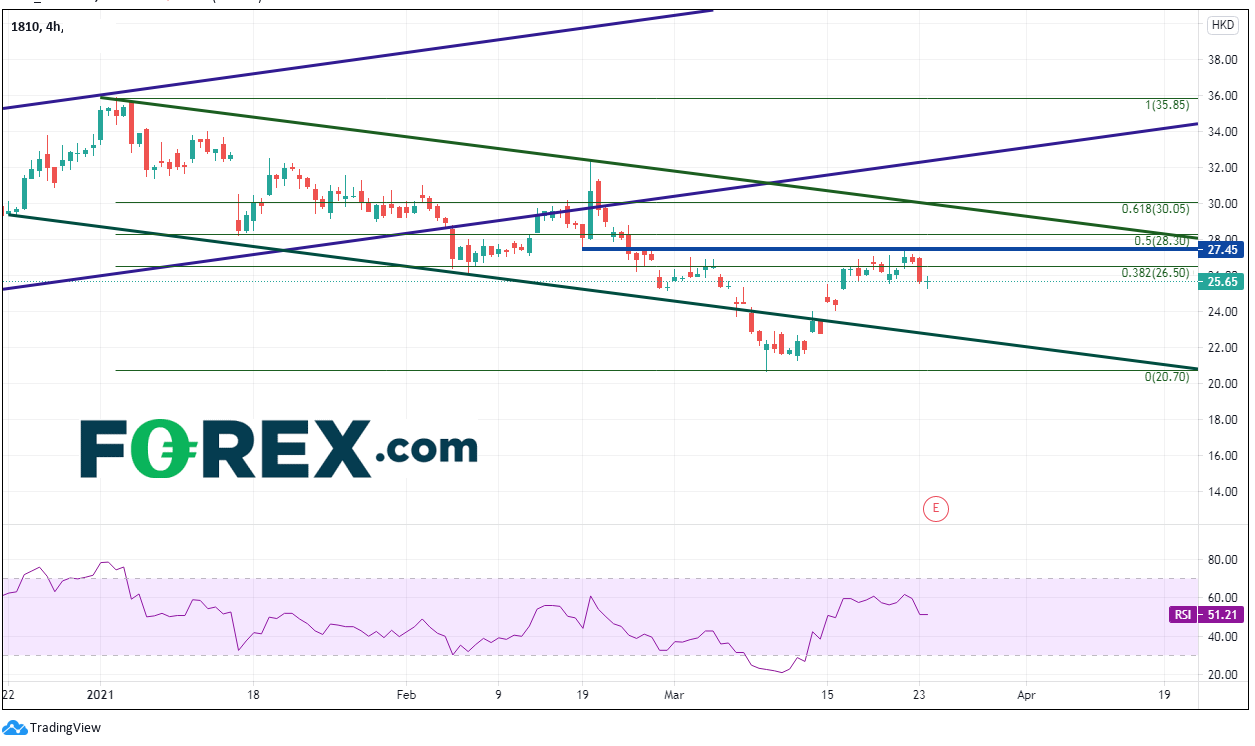 Although Xiaomi Corp has been the subject of controversy in the US surrounding its involvement with the Chinese military, then stock has been trading well, within orderly channels.  The bigger question now for the stock is this:  Was the pullback from the January highs to the March lows just a correction within a larger trend or will Xiaomi Corp move lower towards the March 2020 lows?