Japan's economy shrank by the most on record in 2Q, with GDP plunging at an annualized rate of 27.8% on quarter...


Thanks to the coronavirus pandemic, Japan entered a state of emergency in April and May when tourism businesses and retailers shut down in face of minimal number of foreign visitors entering the country.

Meanwhile, the world's third-largest economy, which is exports-oriented, saw most of its foreign markets in lockdown during the pandemic.

The Bank of Japan, which is holding its key interest rates at negative territory for over four years, will not hold a monetary meeting until September 17.


Meanwhile, the Japanese yen shows strength after the GDP release.

On an Intraday 30-minute Chart, USD/JPY keeps trading on the downside. 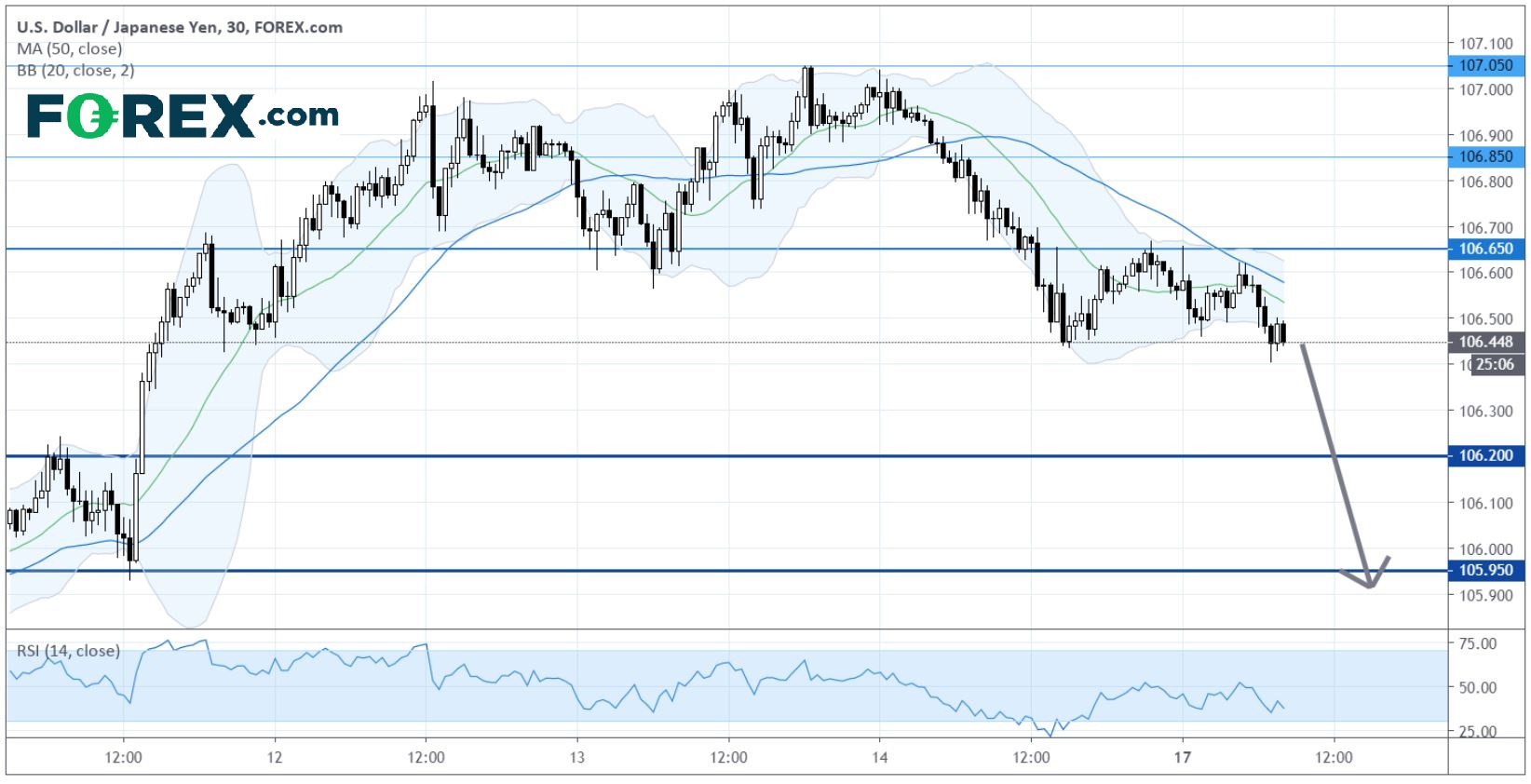 
Following a strong decline on Friday, USD/JPY has failed to post a sustainable rebound.

Currently it has swung to the lower Bollinger band keeping the intraday bias as bearish.

Bearish investors should take the level of 106.65 (around the upper Bollinger band) as the Key Resistance.