Justin Trudeau will remain Prime Minister of Canada, however his Liberal Party failed to secure a majority in Parliament.  In other words, Trudeau’s efforts to secure a majority went unnoticed as voters kept things the same.  Liberals are projected to have 158 seats vs 170 seats needed for a majority.  The success that Trudeau had in dealing with the vaccine distribution helped him decide on the snap-elections.  However, it almost failed him as the Delta variant caused new, higher cases. But in the end, Trudeau will still be in control of the government.  Conservatives seemly have 119 seats, Bloc Quebecois 34, New Democratic 25, and Green 2.  Thus, Trudeau will still need to the help of others in order to pass legislation.

Your Guide to the Canadian Dollar

USD/CAD seems to be taking the results of the election in stride.  After failing to push below the 200- and 50-Day Moving Averages, as well as the neckline of a nearly complete head and shoulders pattern, USD/CAD bounced from 1.2623 to a high yesterday of 1.2896!   However today, as investors digest the election results (and await the results of tomorrow’s FOMC meeting), USD/CAD has formed a small, inside doji candle.  This tells us that the results were pretty much as expected, and investors are not concerned that the government will remain the same.  1.2990 is horizontal resistance above followed the 38.2% Fibonacci retracement level from the March 2020 highs to the June 1st lows at 1.3025.  Support converges at the 50 Day Moving Average and the upward sloping trendline near 1.2600. 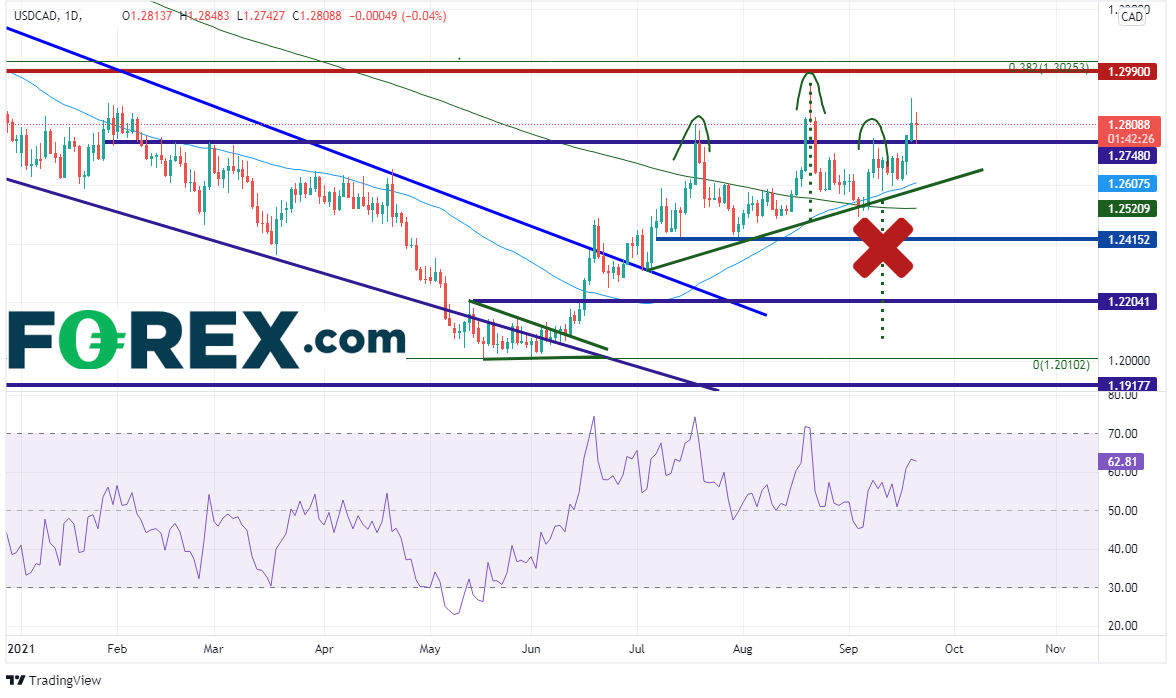 As my collogue Matt Weller pointed out in the Canadian Election Preview, AUD/CAD had a nice runup from the recent lows during the end of summer.  After running into resistance near 0.9375, the pair may be rolling over and resuming the longer-term trend it began in February.  The zone of resistance above is between 0.9375 and 0.9414, followed by the 200 Day Moving Average at 0.9520.  A confluence of support is below  at the 50 Day Moving Average, an upward sloping trendline near 0.9250, followed by the August 24th lows at 0.9114.  The 50% retracement from the March 2020 lows to the February 22nd highs is further below at 0.9036. 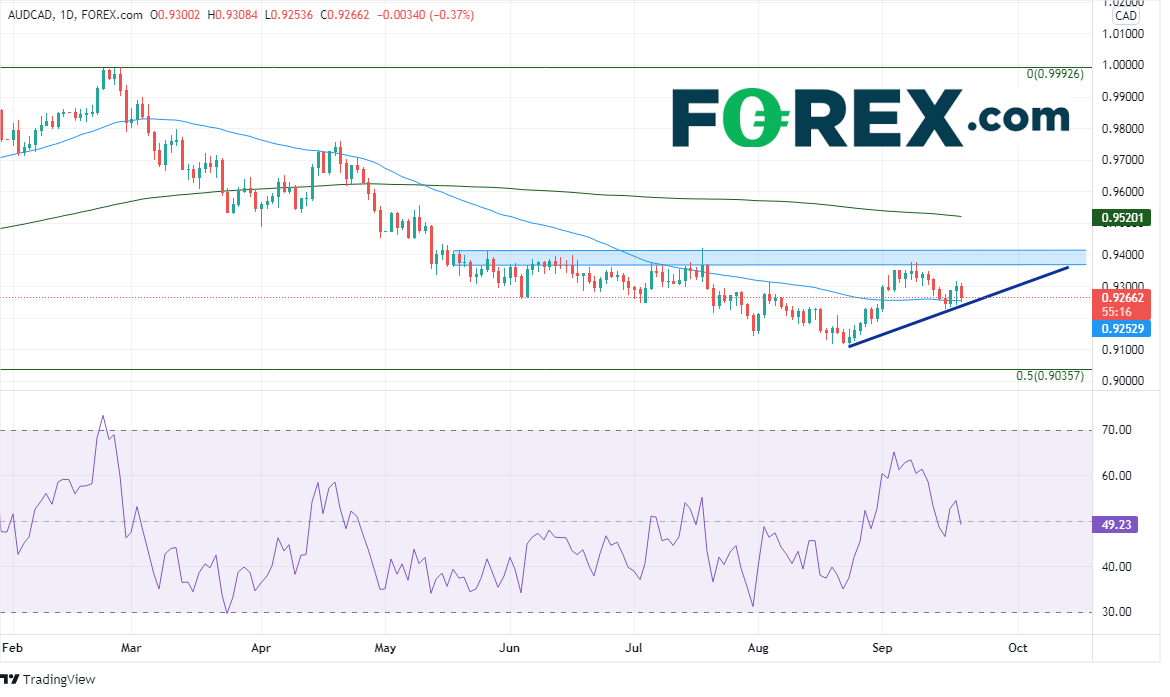 
With Trudeau retaining the role of Prime Minister and the Liberals failing to clinch a majority in Parliament, the Canadian government remains the same after Monday’s elections.  The focus now for USD/CAD now turns to the upcoming FOMC meeting.  For AUD/CAD, the focus turns to the coronavirus and how long it will take the Australian economy to recovery from lockdowns.