The UK “Re-opening” began in March with schools opening once again.  In April, it was primarily outdoor activities.   Today, it is primarily indoor activities and 10,000 people are now allowed at indoor events.  In June, all restrictions are expected to be lifted.  However, there are concerns that the Indian variant of the coronavirus could spread rapidly before enough people are vaccinated.  This could delay the final reopening.

Get ready for an onslaught of April data out of the UK this week!  The April data should show that economic activity has picked up in earnest.   This week, the UK reports the following data:

The BOE doesn’t meet until June 24th, however we will hear from BOE’s Tenreyro, Haldane (most hawkish, but also leaving) and Cunliffe, who will provide us with their most up to date view.  Recall that at the last BOE meeting earlier in May, the board tapered their bond purchases from 4.4 billion Pounds to 3.4 billion Pounds, although they said this wasn’t a change in Monetary Policy.  Baily was upbeat on the economy is recent comments.  We’ll see if his fellow committee members agree.

Australia is in great shape concerning the coronavirus.  The country has done well at keeping cases low and contained any spreading.  The vaccination rollout in Australia has been relatively slow, however, they have contracts with most of the major suppliers to receive over 50 million doses.  Also, although Australia had a stellar headline employment of 70,700 jobs created in March,  91,500 part-time jobs were created.  The means the economy lost 20,800 full time jobs.  Expectations for April are for +20,000 jobs.  Retail Sales for April will also be reported this week.  We will also get a glimpse of May’s data, with Consumer Confidence and Manufacturing and Services PMI Flashes being reported this week.  Note that China is a key importer of Australian good.  The Australian government has been particularly vocal lately regarding China’s human rights policies and its relationship with Taiwan.  Thus,  China has imposed tariffs on many good sent to China.  Watch to see if the increased in prices feed through to the economic data.  The RBA said at its May meeting that they remain committed to targeting the 3-year government bond yield of 10 bps, however at the July meeting they will consider shifting from using the April 2024 bond to the next maturity.

GBP/AUD has been trading in a large range for the last year between 1.7416 and 1.87205.  However, within the range, the pair has been forming a symmetrical triangle since October 2020 and is threating to breakout to the upside. 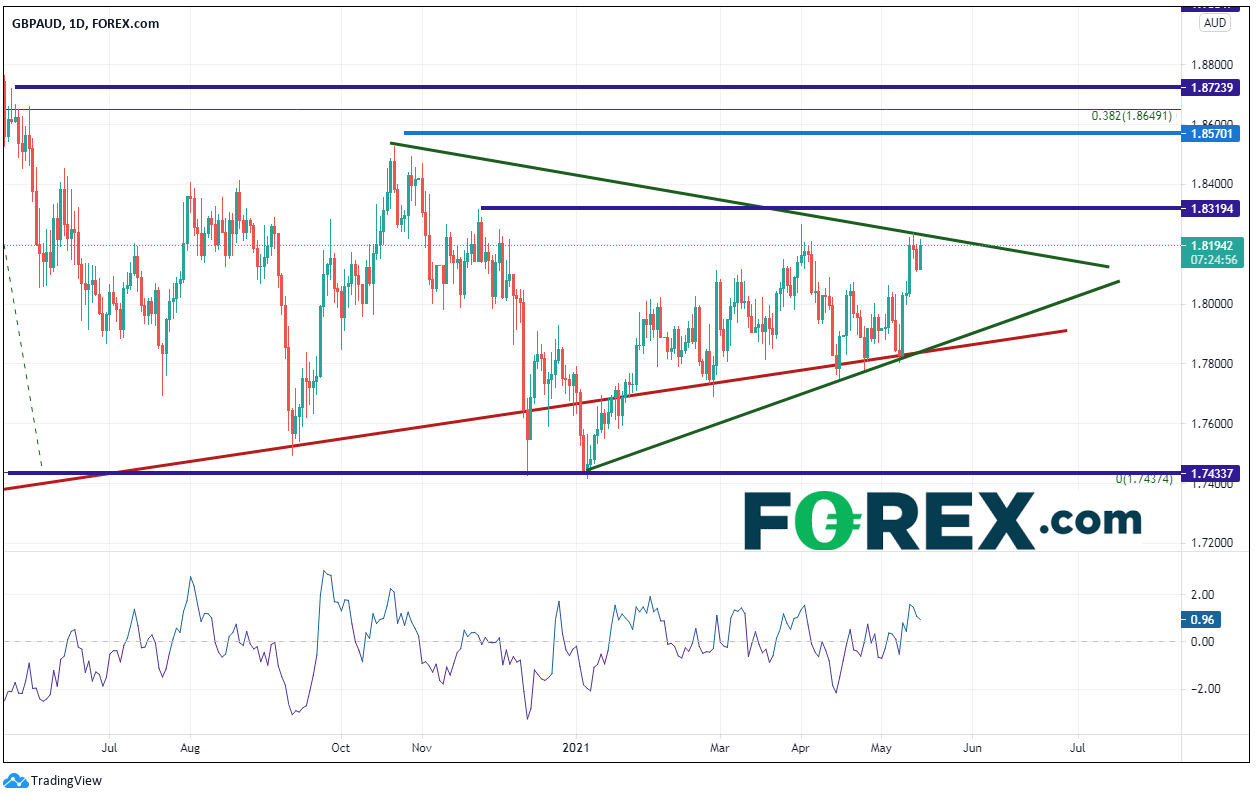 Resistance above is at Friday’s highs and the downward sloping trendline of the triangle at 1.8236. Above there is horizontal resistance from November 23rd at 1.8317. If price moves above, it take test the highs from October 22nd at 1.8539.  First support is at Friday’s lows, horizontal support and the previous 61.8% Fibonacci retracement level from the October 22nd, 2020 highs to the January 7th lows near 1.8119.  The upward sloping trendline of the triangle provides the next support near 1.7850, and then April 16th lows at 1.7740. 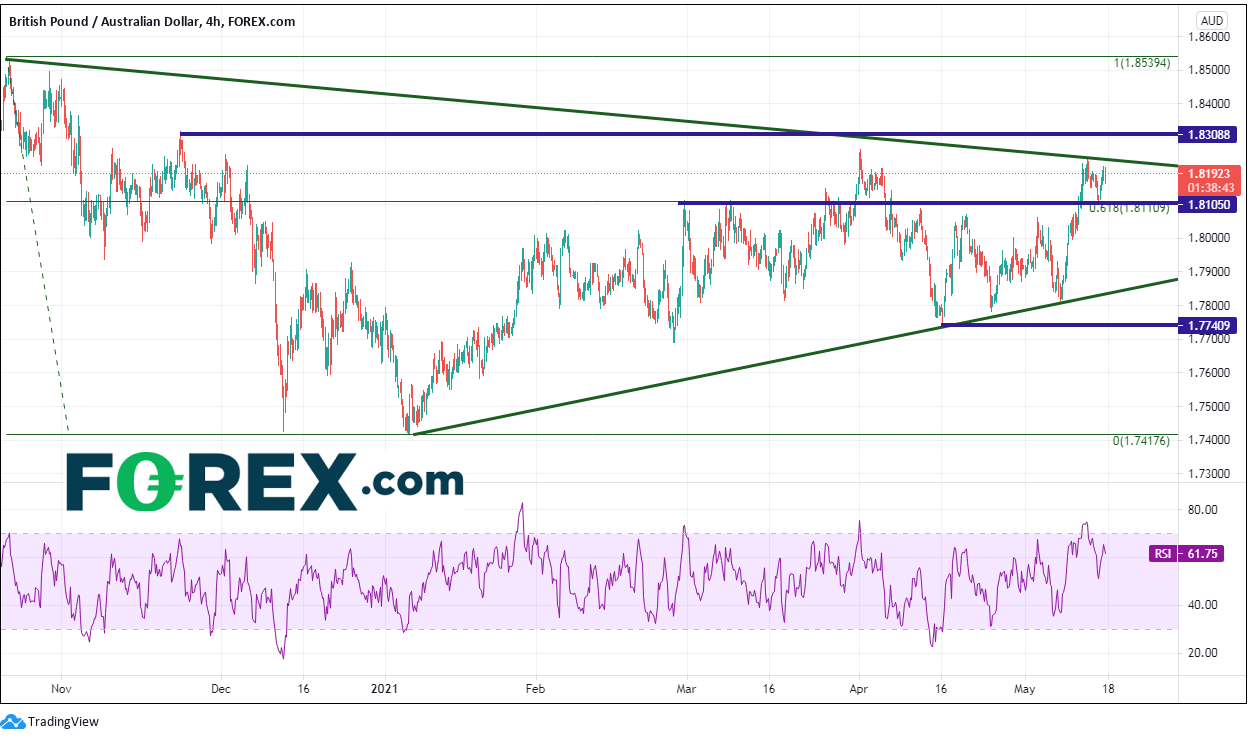 GBP/AUD has been trading withing a symmetrical triangle since October.  Could UK or Australian data this week be the catalyst to finally push price out?  We’ll know by the end of the week!