The latest US stimulus package, worth slightly over 8% of US GDP, returns to the House on Tuesday for final approval and is likely to be signed off by President Biden shortly after.

Although the better GDP number reflects a broad-based recovery, it was consumer spending that provided the majority of the beat. This should ensure that another strong consumer sentiment survey (already near-decade highs) is released on Wednesday, as households draw on their large pile of accumulated savings.

The stronger Australian GDP profile is supportive of the ASX200. Additionally, the ASX200 is likely to weather a continued rise in global yields better than other countries' tech stock heavy indices. As noted previously, higher yields are supportive of the bank and resource stocks that are well represented in the ASX200.

Technically, the ASX200 continues to trade in a choppy fashion, within a well-established uptrend channel. An environment that is suitable for short-term traders, not so good for traders that prefer trending markets. 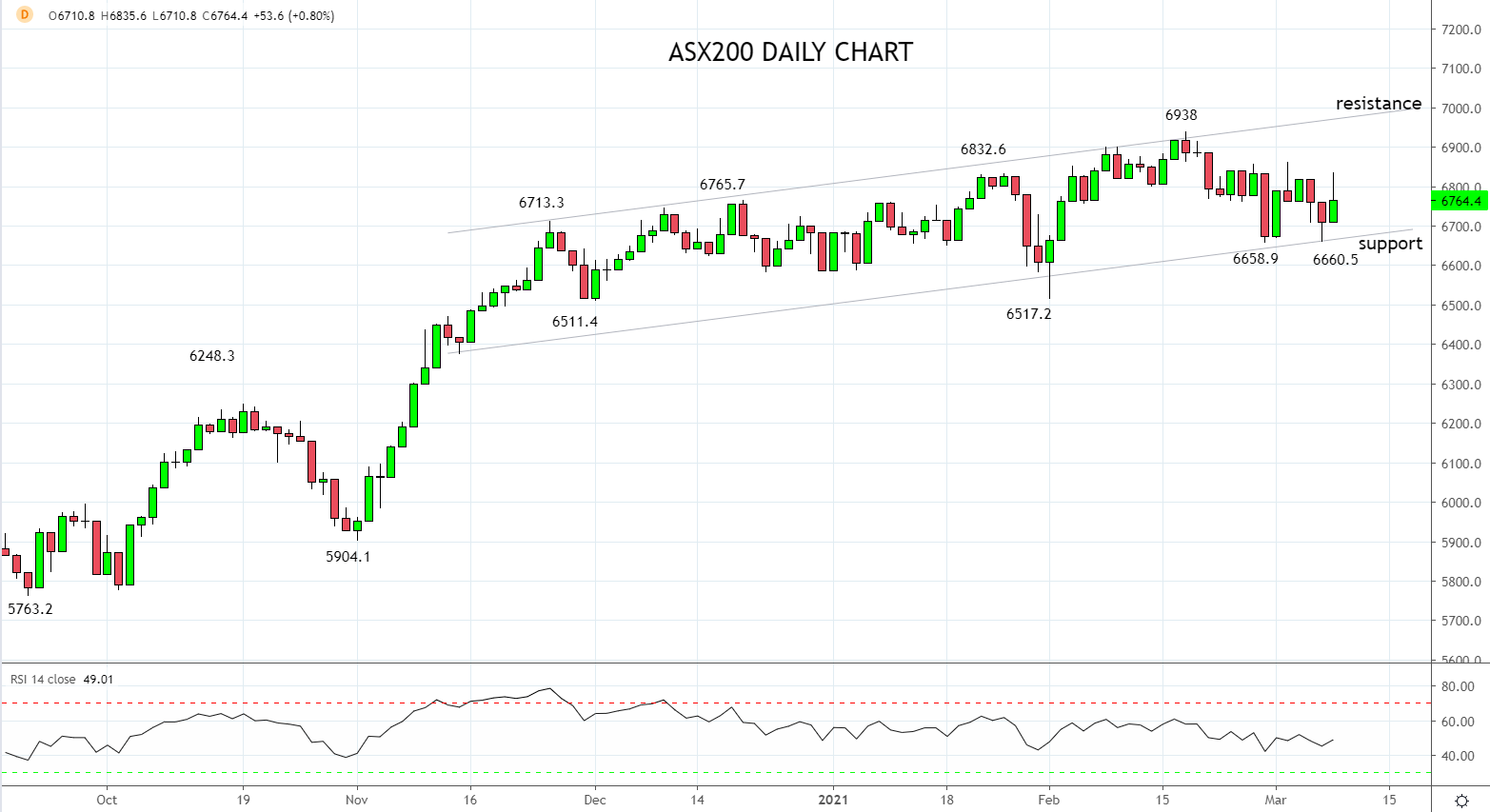 Source Tradingview. The figures stated areas of the 8th of March 2021. Past performance is not a reliable indicator of future performance.  This report does not contain and is not to be taken as containing any financial product advice or financial product recommendation