The reflation trade is gaining traction with base metal prices surging on expectations of strong global economic recovery fueling demand.

Copper futures broke above the key $9000 resistance for the first time in almost a decade. Futures of iron, which is the principal ingredient in steel making hit a three-week high and now trades less than 5% off the 10 year high reached in January.

The weaker US Dollar is adding support to the base metals, a trend which is being underpinned by the prospect of the Biden administration’s $1.9 trillion package. The bill could be voted on in the House of Representative as soon as Friday.

Everything you need to know about trading copper.

US stocks are set to open lower as rising bond yields and the prospect of higher borrowing costs takes the shine off stocks.

The Nasdaq is a standout loser as the rotation out of growth gains pace.

Berkshire Hathaway reported before the open, whilst earnings from the oil and gas sector will be in focus after the close with Occidental and Williams reporting.

Kohl’s trades9.8% pre-market on reports that a group of activist investors with around a 9.5% stake  were attempting to take control of the department store’s board.

Boeing has called for the grounding of 128 of its 777 planes as US regulators, the FAA, issue an emergency order to inspect Boeing 777’s fitted with Pratt & Whitney engines after a mid flight accident in Denver.

This latest incident comes just weeks after Boeing got the all clear from regulators to start flying its737 MAX planes which had been grounded for 2 years following fatal accidents.

The stock trades -3% pre-market. Even so, the bias remains neutral. 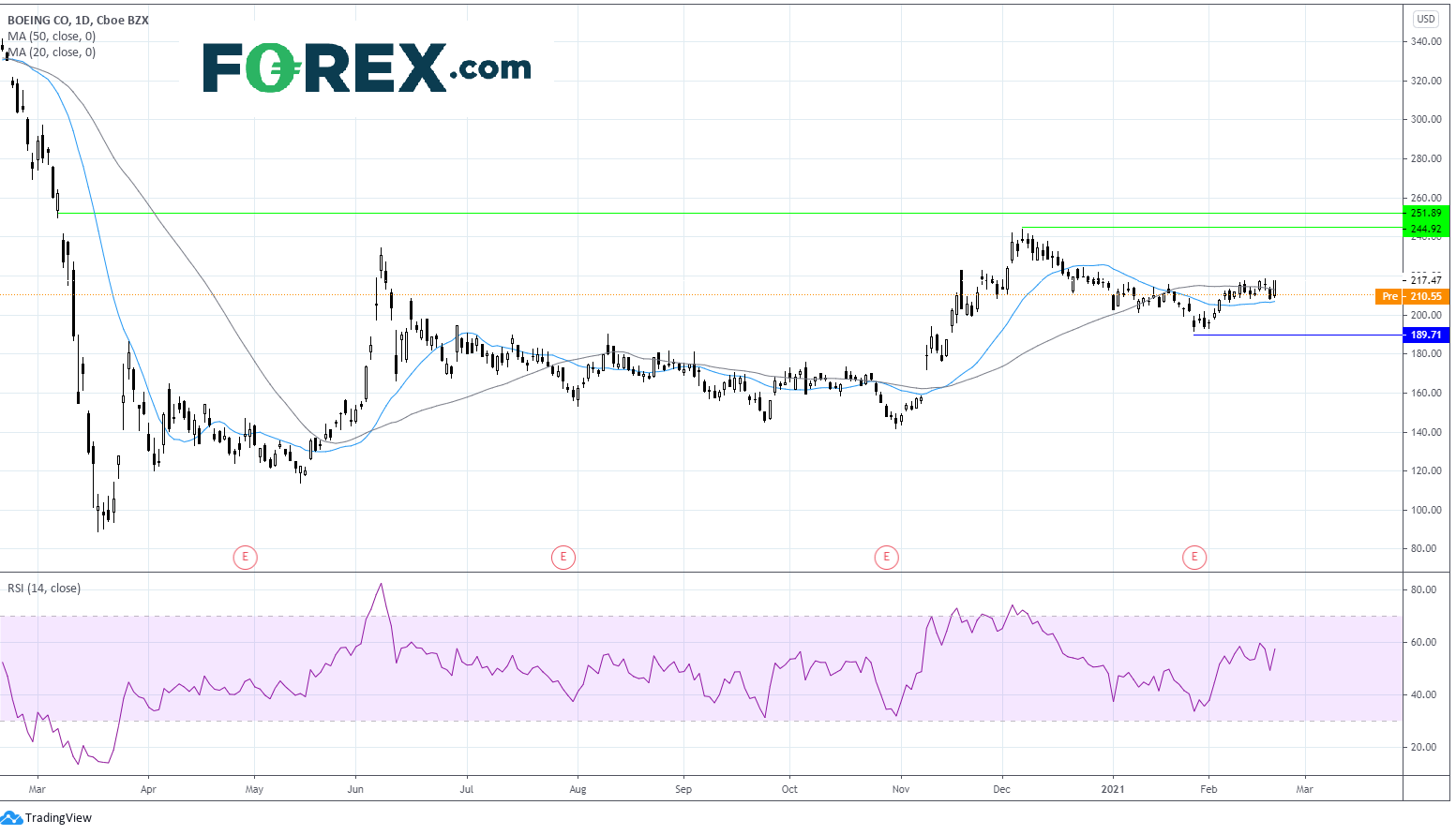 The US Dollar is on the backfoot despite treasury yields rising. The US Dollar Index (DXY) -0.1% at the time of writing paring earlier gains.

EUR/USD trades higher after German IFO business sentiment data showed that optimism has returned to the German economy. Businesses, like the markets, are looking through the near term problems from lockdown and slow vaccine rollout to focus on the recovery. The IFO index rose to 92.4 in February from 90.3 in January.

GBP/USD struck a fresh 35 month high of 1.4050 as investors cheer the rapid vaccine rollout and look ahead to a speech by Boris Johnson later today where he will mark out the path to reopening the UK economy.

Oil pares some of Friday’s losses

Separately, according to Bloomberg tensions are once again brewing between Saudi Arabia and Russia ahead of the next OPEC +meeting. Russia is more eager to ramp up production than its peers.

It is a quiet start to the week on the US economic calendar. Things start to pick up tomorrow with Fed Chair Jerome Powell beginning his bi-annual two day testimony before Congress which is set to be one biggest events of the week.