Two years ago, Walt Disney (DIS) generated almost all its profits from theme parks, cruise ships, new blockbuster movies, and sports broadcasts…in other words, the exact types of businesses that have been dramatically and in some cases irreparably disrupted by the global COVID-19 pandemic.

Thankfully for DIS shareholders, the firm has made an aggressive pivot into on-demand streaming content through its Disney+ platform, and the early results have been nothing short of spectacular. Therefore, it’s not surprising that traders are laser-focused on growth in Disney+ subscribers ahead of Thursday’s after-the-bell Q4 earnings release.

The company generated major buzz in December’s “Investor Day” presentation, where it announced plans for 10 new Marvel series, 10 new “Star Wars” series, 15 animated and live-action Pixar and Disney series, and 15 Disney-Pixar films to hit the streaming service in the coming years. At the same event, “The House of Mouse” also announced that it had nearly 87M paid subscribers to Disney+ as of December, with expectations for that figure to surge to a quarter of a billion (250M) by the end of 2024.

Courtesy of FactSet, analysts are expecting DIS to report the following financial figures:

Turning our attention to the chart, DIS stock set a fresh record high above $190 on Monday and remains in a strong uptrend as we go to press. If DIS can beat the above consensus estimates and offer and optimistic outlook for the rest of the year, bulls may look to target psychological resistance and the 161.8% Fibonacci extension of the COVID-19 collapse near $200 next. On the other hand, a miss relative to expectations could see DIS break below previous-resistance-turned-support in the $183 zone and retest the 50-day EMA near $170. 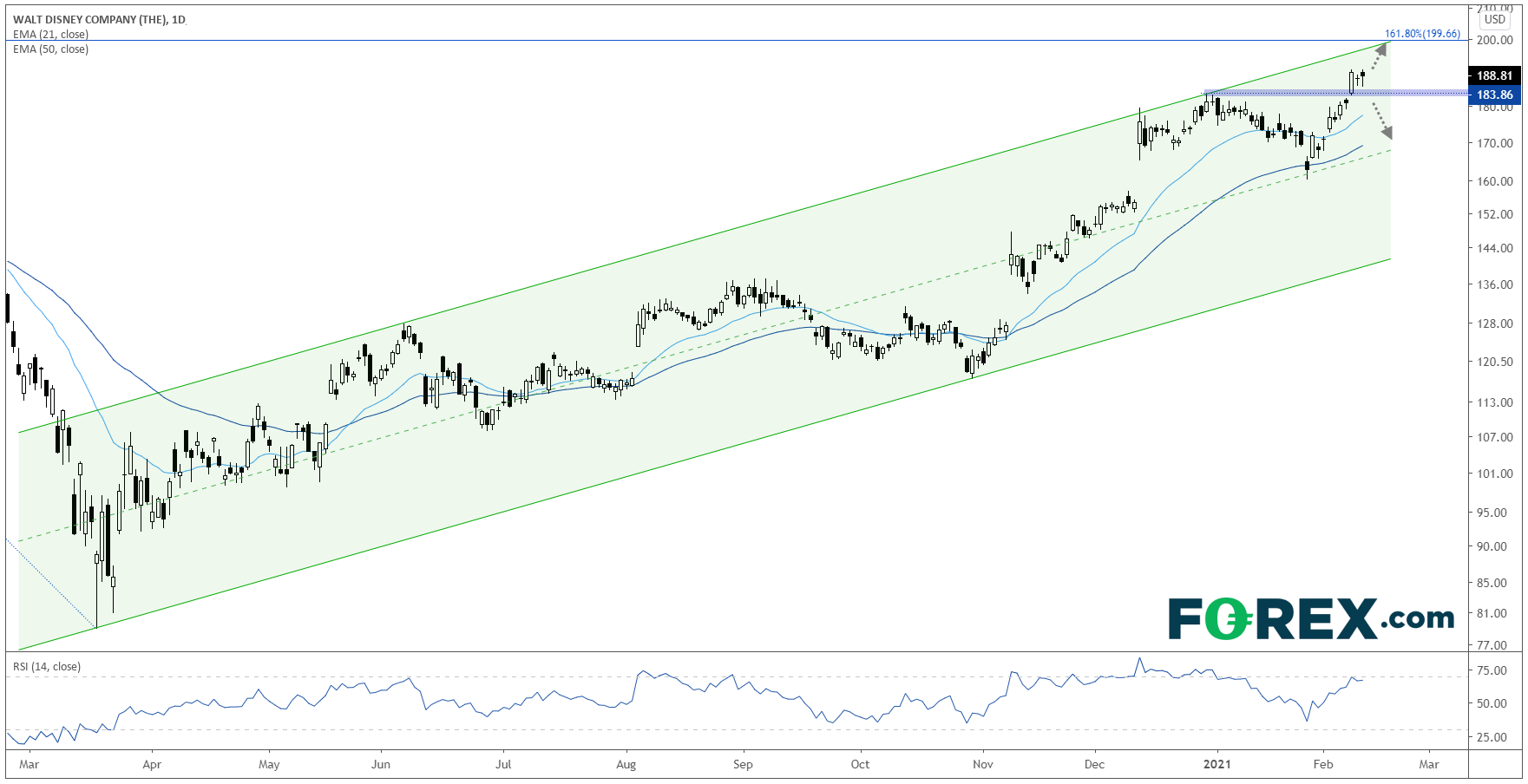