What will the UK Claimant Count and inflation readings tell us?

For the month of June, the number of people claiming unemployment benefits dropped by 114,800!  It was the fourth consecutive month of declining claims and the biggest drop ever!  On Tuesday,  the UK will release the Claimant Count Change for July.  As the number of new daily coronavirus cases continue to drop and the UK economy continues to grow, more people are getting jobs.  The expectation for July’s claimant count is a drop of 180,000. And don’t forget that the furlough scheme expires at the end of September!  In addition, Average Hourly Earnings, including Bonus, will also be released for June.  Expectations are for a rise by 8.5% YoY vs a May reading of 7.3% YoY!

When the BOE met on August 5th, they said they expect inflation to reach a high of 4% by early 2022 (up from 2.5% in May), then fall back towards their 2% target. Inflation data is due out on Wednesday, and the headline print is expected to fall from 2.5% YoY in June to 2.3% YoY in July.  Putting this all together, expectations are for a decrease in unemployment claims, an increase in wages, and a decrease in overall inflation data.  This is why the BOE expects CPI to be higher in the coming months.

Recently, GBP/USD has gone bid from a recent low of 1.3568 and ran into a confluence of resistance on  July 29th: 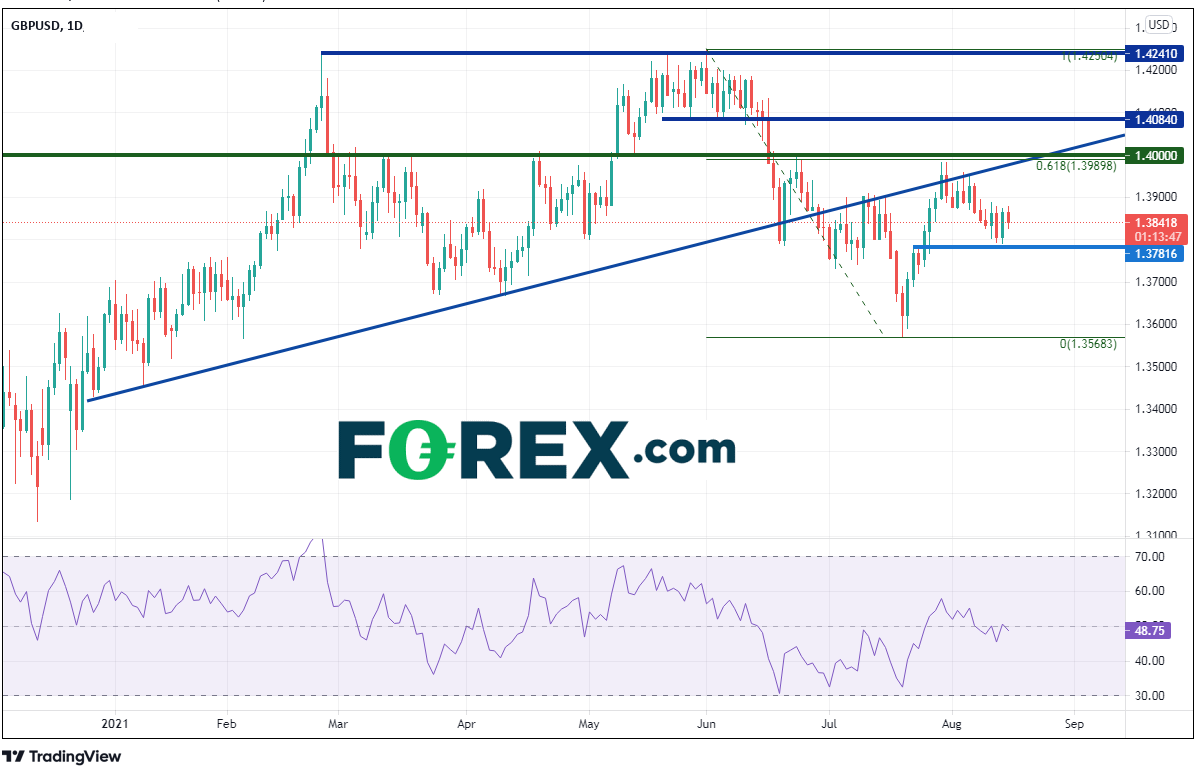 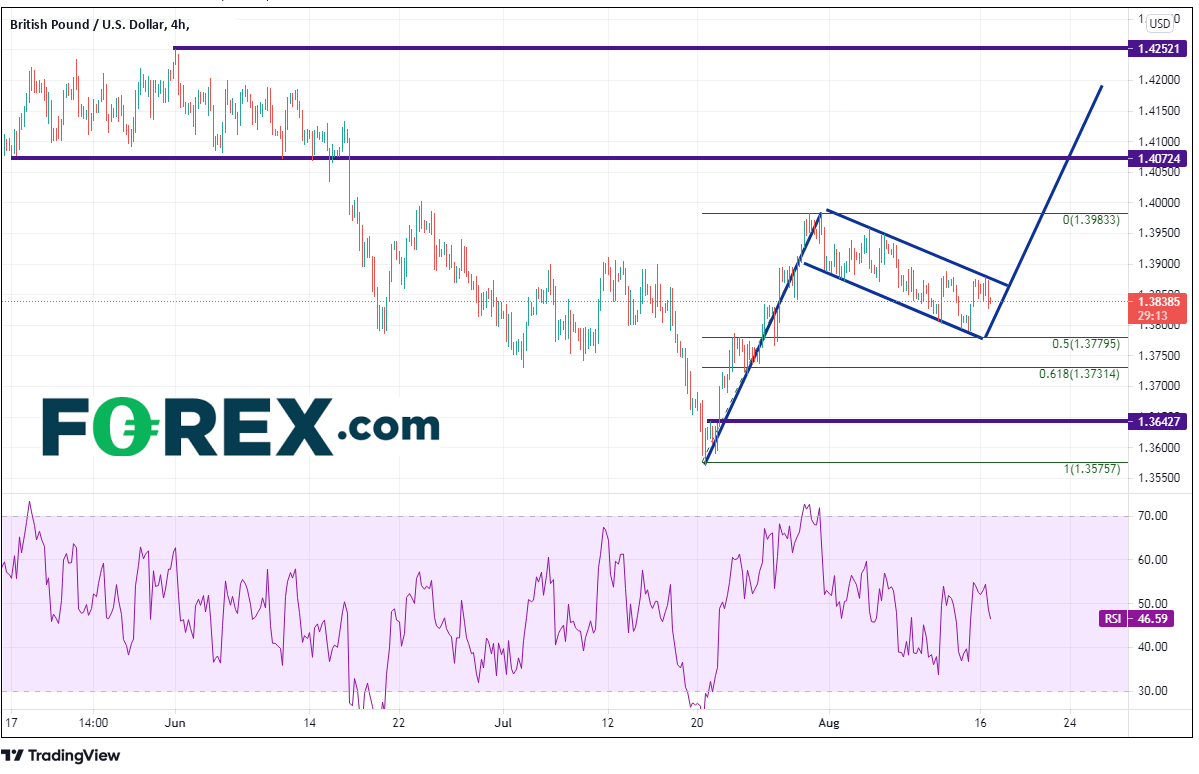 With a host of data out of the UK this week, including the Claimant Count Change and the CPI for July, the Pound could be in for some volatility.  If the data is stronger than expected, BOE members may come out more hawkish, which could raise the value of GBP/USD!