With less than two months to go until the 2020 US presidential election, the two major candidates’ economic policies are less developed than usual, leaving traders to “read between the lines” of public speeches and forecast priorities based on historical party trends. While we expect to garner more details in the home stretch of the campaign, including around the upcoming debates (see a full schedule of events we’ll be watching before and after election night here), there’s still an opportunity for forward-looking traders to start identifying potential winners and losers, regardless of the election outcome.

When it comes to the Democratic candidate, former Vice President Joe Biden’s campaign has a thorough policies page covering everything from “The Biden Plan for Combating COVID-19” to “A Plan for Partnership with the Arab American Community.” Below, we highlight some of the most actionable policies for traders, along with the potential market implications:

COVID-19 and the Economy

Relative to President Trump, Biden’s plan emphasizes more pandemic support for state and local governments, extended unemployment benefits, and greater government involvement in the economy more generally. This proactive approach could provide a short-term boost for US stocks, especially beaten-down smaller-capitalization names, though the long-term impact on the federal debt may eventually weigh on the Treasury bond market and even the US dollar.

While no politician runs on a platform to increase taxes, especially on the middle class, the Democratic party has historically been less likely to emphasize tax cuts than the Republicans. It’s worth noting that the many of the tax cuts in Trump’s signature 2017 “Tax Cuts and Jobs Act” are due to expire in 2025. In all likelihood, these tax cuts are more likely to expire as scheduled under a Biden presidency, particularly if Democrats are able to secure a majority in Congress as well. While not likely an immediate issue, this risk could cause traders to revise down forward earnings forecasts for publicly-traded stocks if there’s no mention of extending the cuts through the first few years of a potential Biden presidency.

As we’ll outline in more detail below, Biden has promised a large spending package to build out “a modern, sustainable infrastructure and an equitable clean energy future.” At this point, we’re not convinced that this spending package would be any larger or smaller than one under a second term with Trump as president, but the allocation of funds certainly would be. In the case of a Biden victory, “clean energy” and infrastructure stocks could be among the bigger winners.

In contrast to Donald Trump’s aggressive focus deregulation and cutting “red tape” across all levels of the government, Biden proposes numerous new regulations around the environment, campaign finance, healthcare, and the economy. Specifically, Biden’s site promises to “put the United States on an irreversible path to achieve net-zero emissions, economy-wide, by no later than 2050,” with a projected investment in excess of $2T to accomplish this goal in his first term.

Therefore, a Biden victory could represent a near-term headwind for certain sectors of the stock market, especially the healthcare and energy industries. Interestingly, Biden has been less antagonistic toward the “Big Tech” companies (Facebook, Amazon, Apple, Google, Microsoft, Netflix, etc) than his rival, so those names could extend their rallies on a Biden victory as traders reduce the near-term odds of antitrust regulation.

While not specifically outlined on the campaign’s site, it’s reasonable to assume that a Biden presidency would be relatively more cooperative with the US’s historical allies in Western Europe and North America. If you buy that premise, currencies like the euro and Canadian dollar could rally under Biden as traders look ahead to more bilateral trade with fewer tariffs. Notably, both parties have increasingly expressed unfavorable views toward China in recent years, so a Biden presidency may not necessarily be less adversarial toward the Middle Kingdom than another four years with Trump as President. 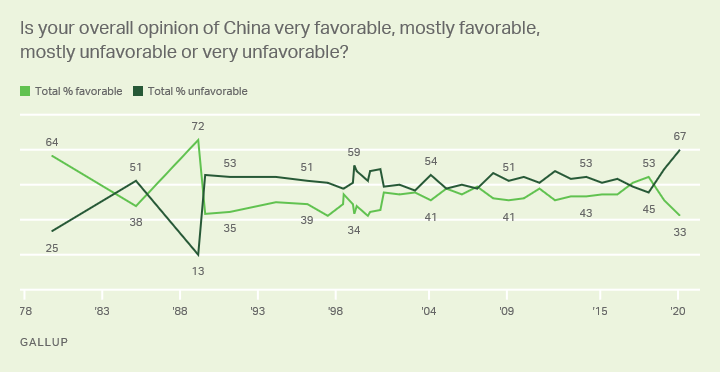 As we’ve repeatedly noted, traders in general tend to overestimate the impact of politics on the markets, but there are still opportunities to identify specific sectors, currencies, and asset classes that could benefit from a potential Biden presidency. By planning for the potential outcomes well in advance, readers will be prepared regardless of what happens on election night, and as a bonus, more ambitious traders can track the results of the upcoming debates and polls to identify opportunities to act “ahead of the crowd” by tilting their positions toward potential winning trades before the outcome 100% clear.