Stocks Continue to be Slammed, VIX Breaks Out

SP500 Futures continued its selloff that began yesterday after today’s worse than expected ADP Nonfarm Employment Change for September.  Although the headline number was in line for the most part (135K vs 140K expected), it was the revision from August 195K down to 157K the made this data much worse than expected.   This comes after yesterday’s worse than expected US ISM Manufacturing PMI for September.  The index is down over 100 handles over the past 2 days near 2891.  The daily chart shows SP500 Futures broke key support near 2944, which was strong horizontal resistance on the way up.  Currently price is sitting at the 61.8% retracement from the August 26th lows to the September 13th highs.   If price breaks lower from here, it looks possible to retrace all the way back down the 2813. 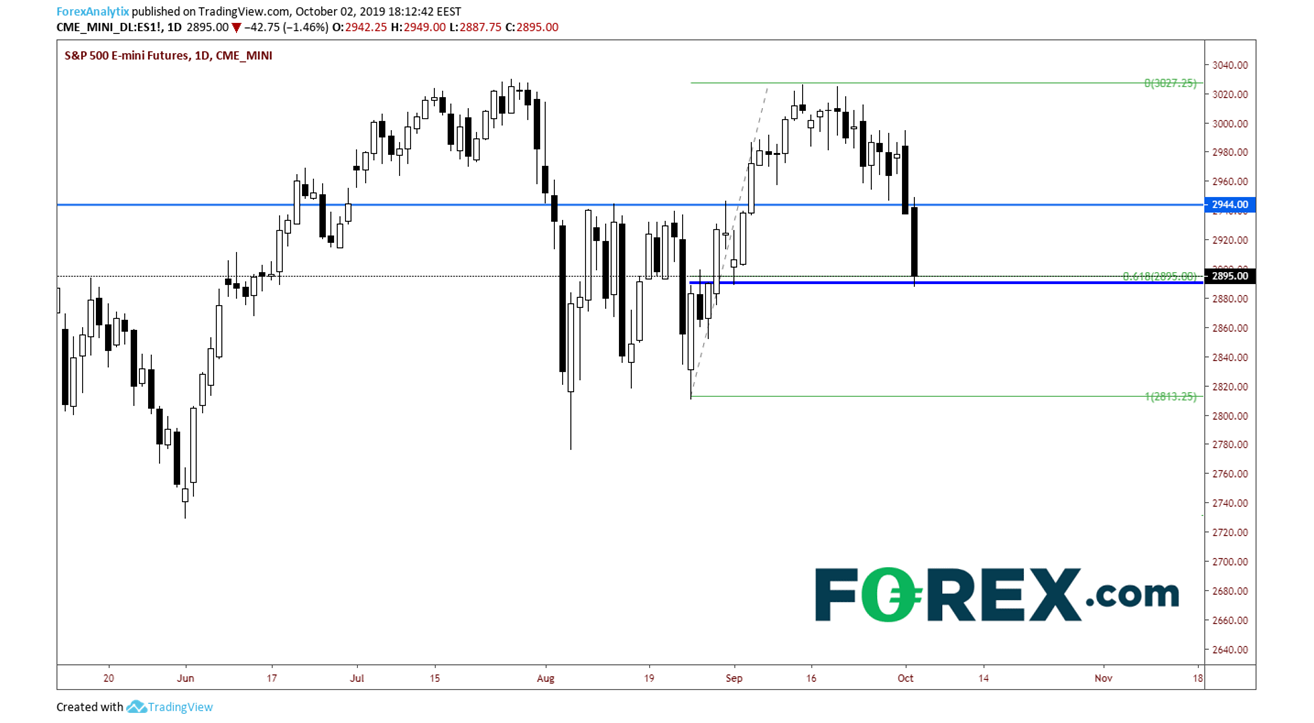 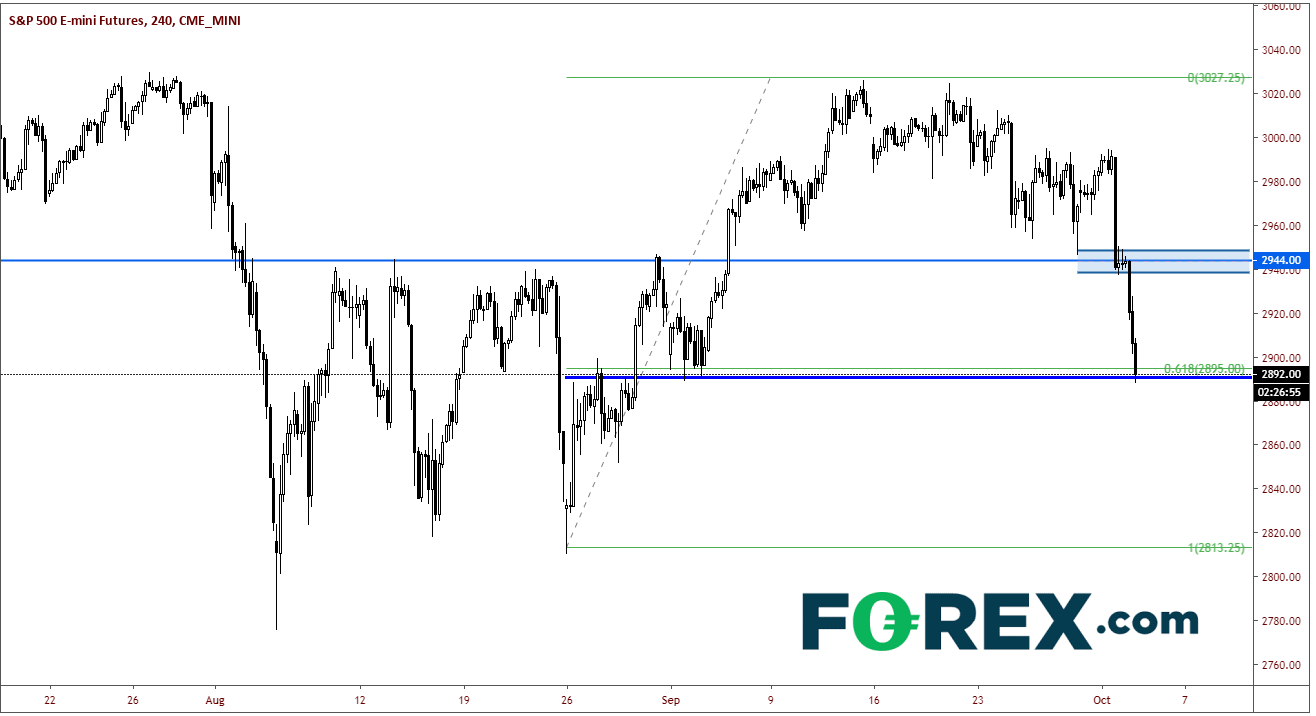 As one would expect, the Volatility SP500 Index, better know as the VIX, has gapped higher today.  The 240-minute chart shows the VIX broke out of a descending wedge is late September and came back to test the downward slowing trendline twice, before finally breaking higher today.  Horizontal resistance comes in at 21.60. Above that is the August 5th highs at 24.80.  First support is back at the gap at 18.60.  (note that the RSI is moving into overbought territory, so we may see a pullback shortly, or at least a sideways move so the RSI indicator can move back within the neutral range). 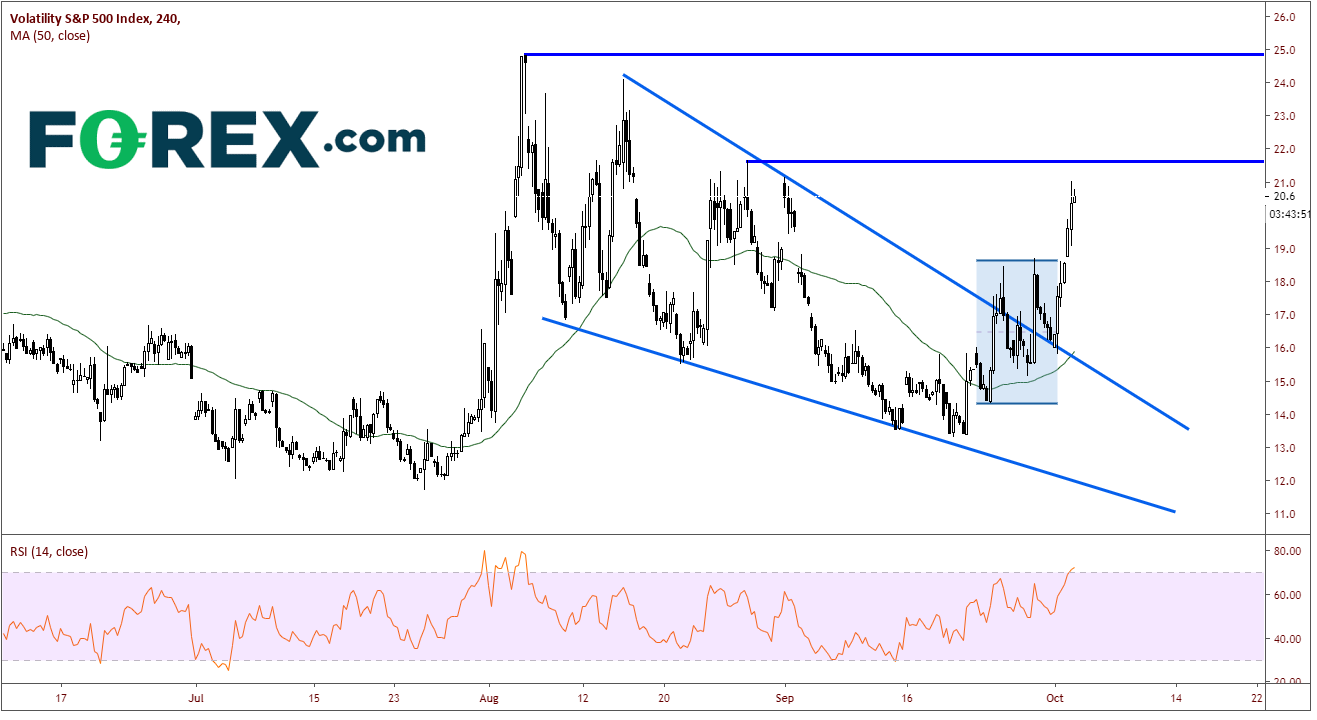 The next catalyst seems like it can come from anywhere at this point.  The political is very contentious within the US, Brexit discussions are ongoing, and on Friday, the US Nonfarm Payrolls data is released.  Once again, be on alert for headlines and tweets!