Erdogan said he will make sacrifices and “swallow a bitter pill”

On Monday, Turkey’s Finance Minister, Berat Albayrak (who is also the President’s son-in-law),  unexpectedly resigned.  This led to a complete 180 degree turn by President Erdogan who replaced him with the economic friendly Lutfi Elvan.  Erdogan also named Naci Agbal as the new head of the central bank.  Erdogan said he is prepared to make sacrifices and “swallow a bitter pill” as he promised new structural reforms.  This was good news for the Turkish Lira. 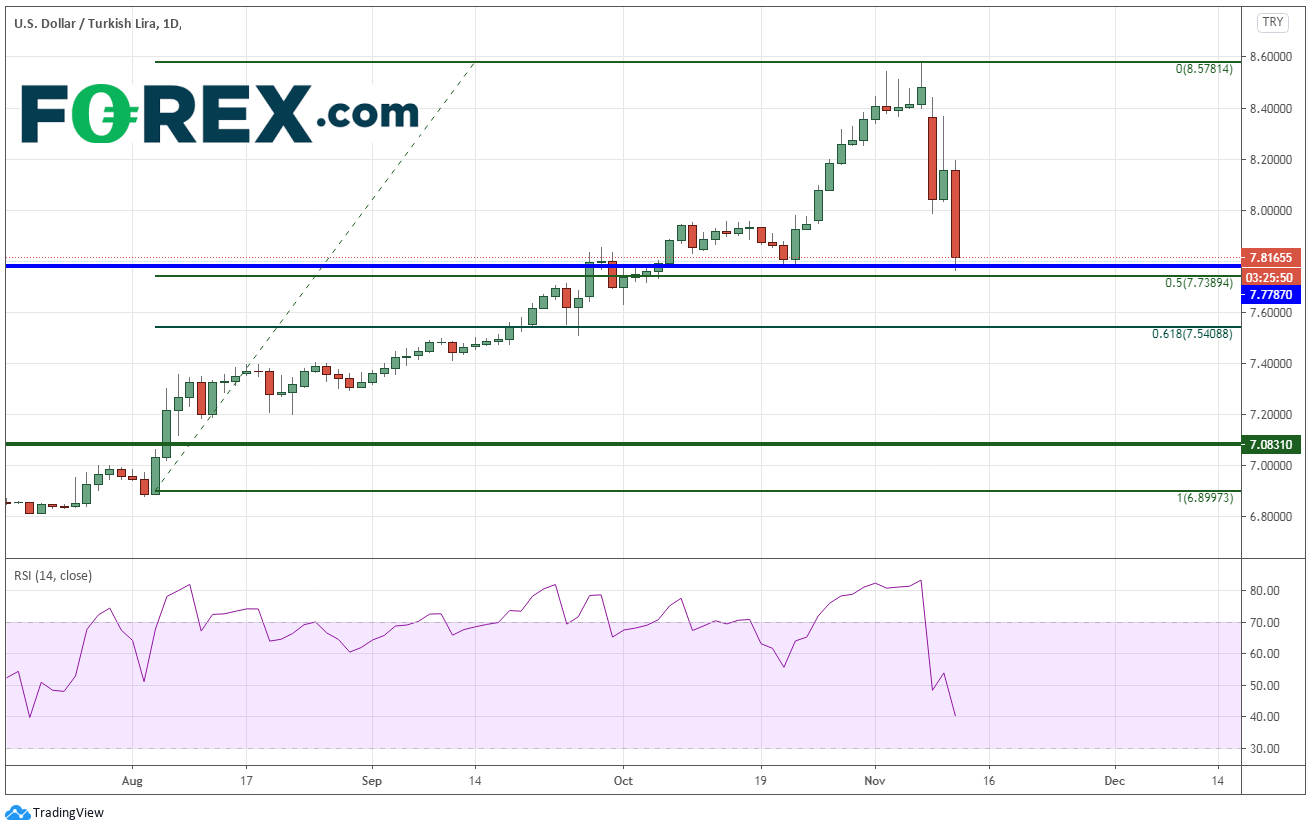 On a 120-minute timeframe, some may say that the move has already played out as an AB=CD pattern has already complete.  However, it may be a good risk/reward for traders who want to take a shot at a long here and target a move back towards 8.000.  Also notice how the RSI is in oversold territory, near 23.00.  Watch for stops under the 50% retracement level.  The next support level is the 61.8% Fibonacci level from the same timeframe near 7.5408. 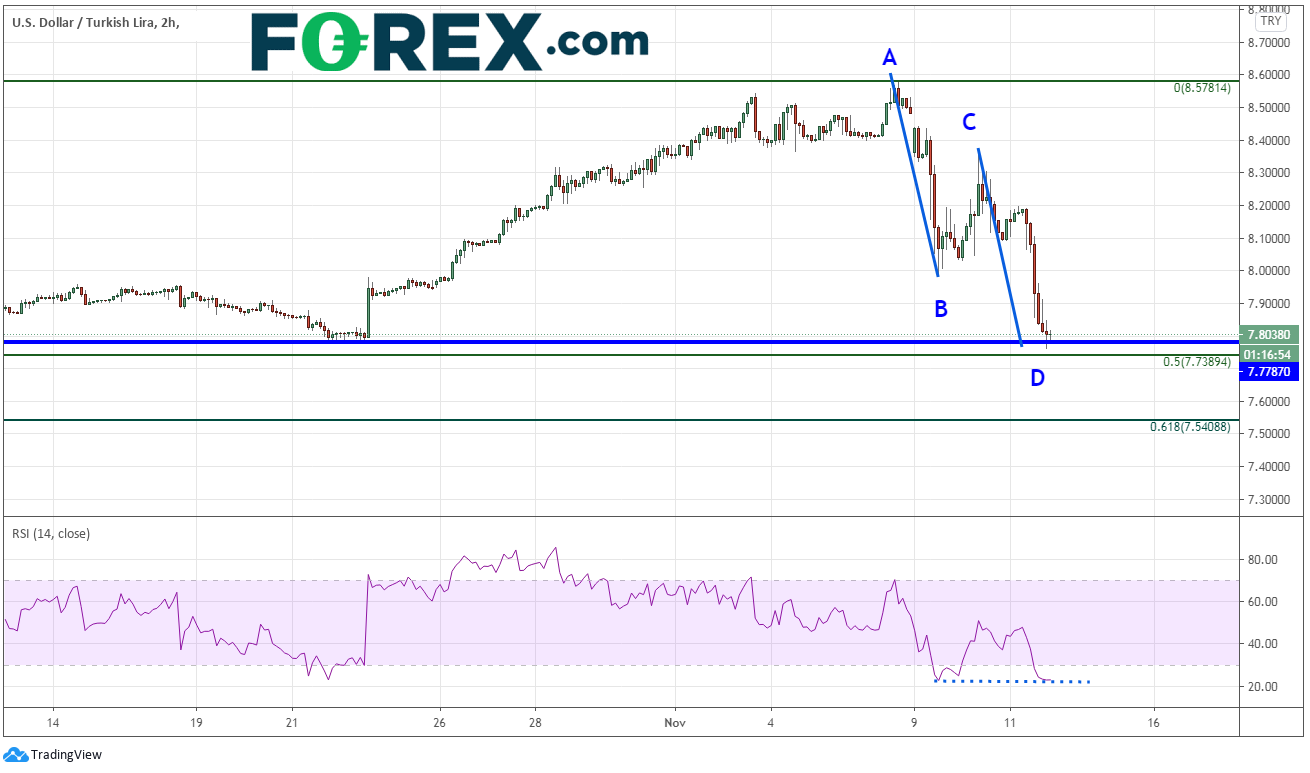 Much of the same can be said for the EUR/TRY, as price has already reached the target price of the AB=CD pattern.  One slight difference is that this pair has broken just under the 50% retracement level from the August 4th lows to the November 6th highs near 9.2503.  It also tested (but so far is holding) the horizontal support at 9.2000.   Longs may be looking to enter the market here with a target back near 9.5000.  Also notice the RSI is in oversold territory near 23.00.  Support is at the 61.8% Fibonacci retracement level of the same timeframe near 9.027. 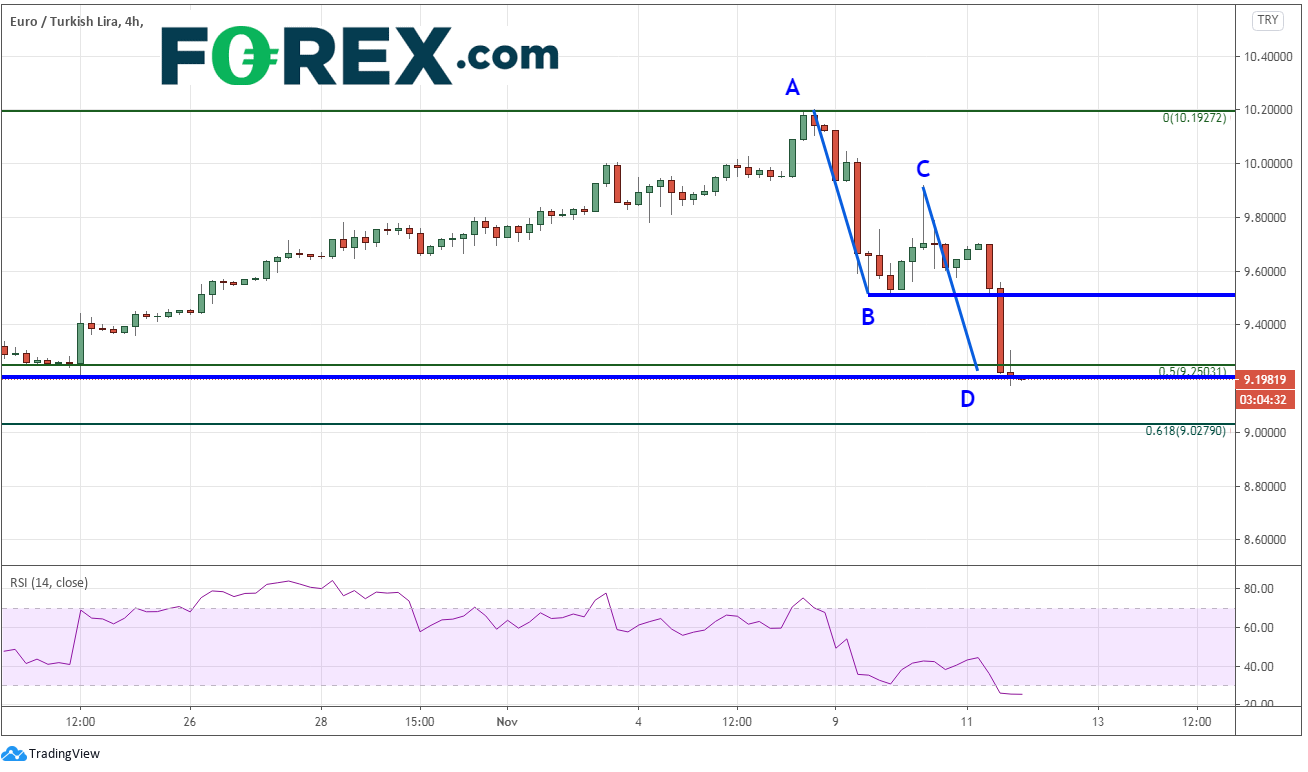 Note that the TCMB Interest Rate decision is next Thursday.  Watch for profit taking ahead of that as a forecast of 475bps is priced into the market.