Retailers that report strong earnings with solid guidance for the holidays could see strong rallies.

As Q3 earnings season winds down and investors start looking ahead to the critical holiday shopping period, traders will get critical updates from some of the most important US retailers this week.

The key earnings releases we’ll be watching this week include the following:

While the broader retail industry (XRT) has been relatively subdued, these stocks have run the gamut in 2019, with laggard Macy’s nearly getting in cut in half year-to-date while Target has surged more than 70%: 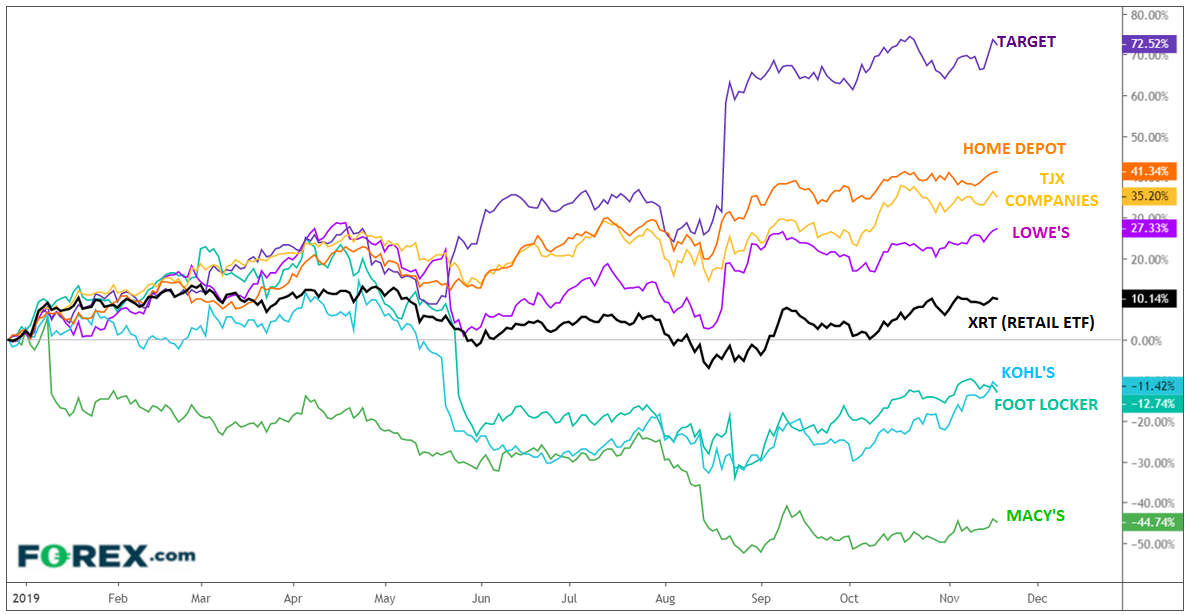 For this week’s slew of earnings releases, we’ll be watching two major themes:

Generally speaking, holiday sales (during the months of November and December) represent at least 20% of most retailers’ sales. With the Thanksgiving holiday (and accompanying “Black Friday” shopping season kickoff) unusually late this year, retailers may opt to cut prices earlier in the month or more aggressively to earn a larger “piece” of a smaller (by time) holiday shopping “pie.”

Aggressive price cuts obviously cut into profit margins, though generally strong employment and wage figures should allow many retailers to make up profits on volume. For what it’s worth, the National Retail Foundation (NRF) predicts total holiday sales to grow by about 4% this year to $730B, so that will be the standard these firms’ holiday forecasts will be measured against.

The impact of escalating US-China trade tensions has been fairly limited for consumers so far as businesses on both sides of the Pacific compromise on prices and accept lower margins. That said, the proposed tariffs on final consumer goods could put a damper on spending moving forward if enacted. For that reason, traders will be evaluating executives’ plans for mitigating the impact of further trade escalation – while the latest comments remain generally optimistic for  a ”Phase One” trade deal, we’ve seen how quickly the tides can turn!

With major US indices probing record highs, expectations are high for retailers reporting earnings this week. So far this earnings season, the market has been rewarding companies that eclipse earnings estimates more than usual, while also punishing earnings misses less than usual, according to data from FactSet: 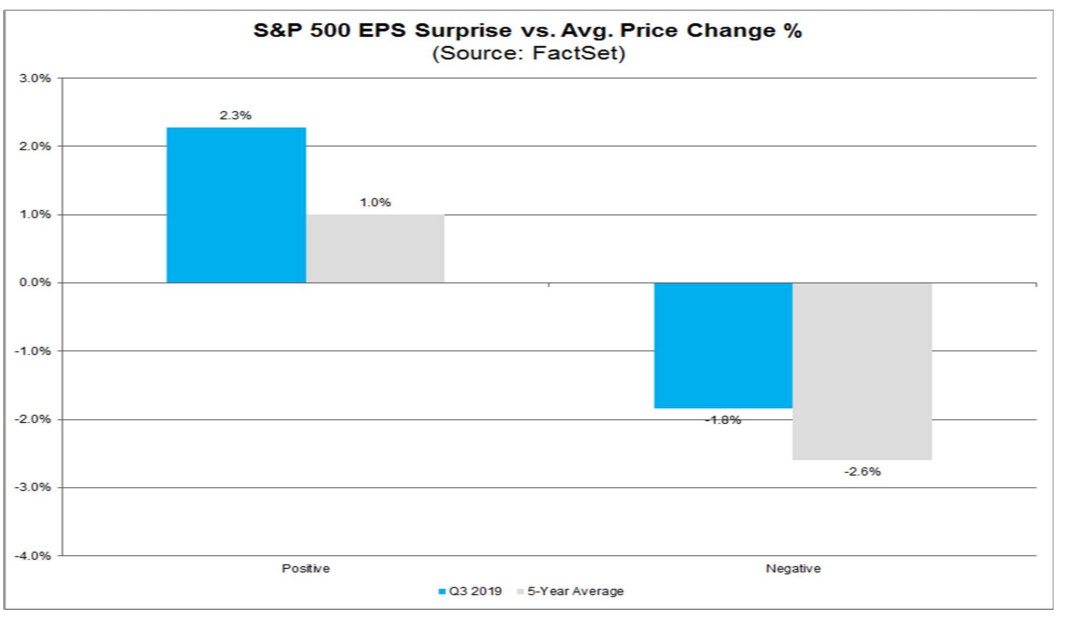 If this trend holds this week, retailers that report strong earnings with solid guidance for the holiday season could see particularly strong rallies.