Strong US Data Drives EURUSD to Test 4Month Low at 110

EUR/USD is hinting at further downside potential if 1.1000 support is breached...

Many traders are still on edge about the spread of coronavirus, but today’s stellar US data has alleviated at least some of those concerns.

In the strongest print in nearly a half decade, the ADP Employment report showed that the US economy added 291k jobs last month. For an indicator that appeared to be settling near “full employment” levels between 100k and 200k jobs per month, the back-to-back 200k+ prints suggests that the labor market remains robust.

Separately, the ISM Services PMI survey came in above expectations at 55.5, boosted by improvements in business activity, new orders and imports. That said, the slight deterioration in the employment component of the report took some of the shine of the strong ADP print (tune in tomorrow for our preview of what these reports mean for Friday’s marquee Non-Farm Payrolls release).

Not surprisingly, the perception that the US economy is chugging along despite coronavirus disruptions overseas has boosted the greenback, the day’s strongest major currency along with the Australian dollar. Looking at the world’s most widely-traded currency pair, EUR/USD has fallen to test a critical support level near 1.10. This level (technically 1.0992) marks the pair’s lowest closing price over the last four months and has served as support on four distinct occasions over that period: 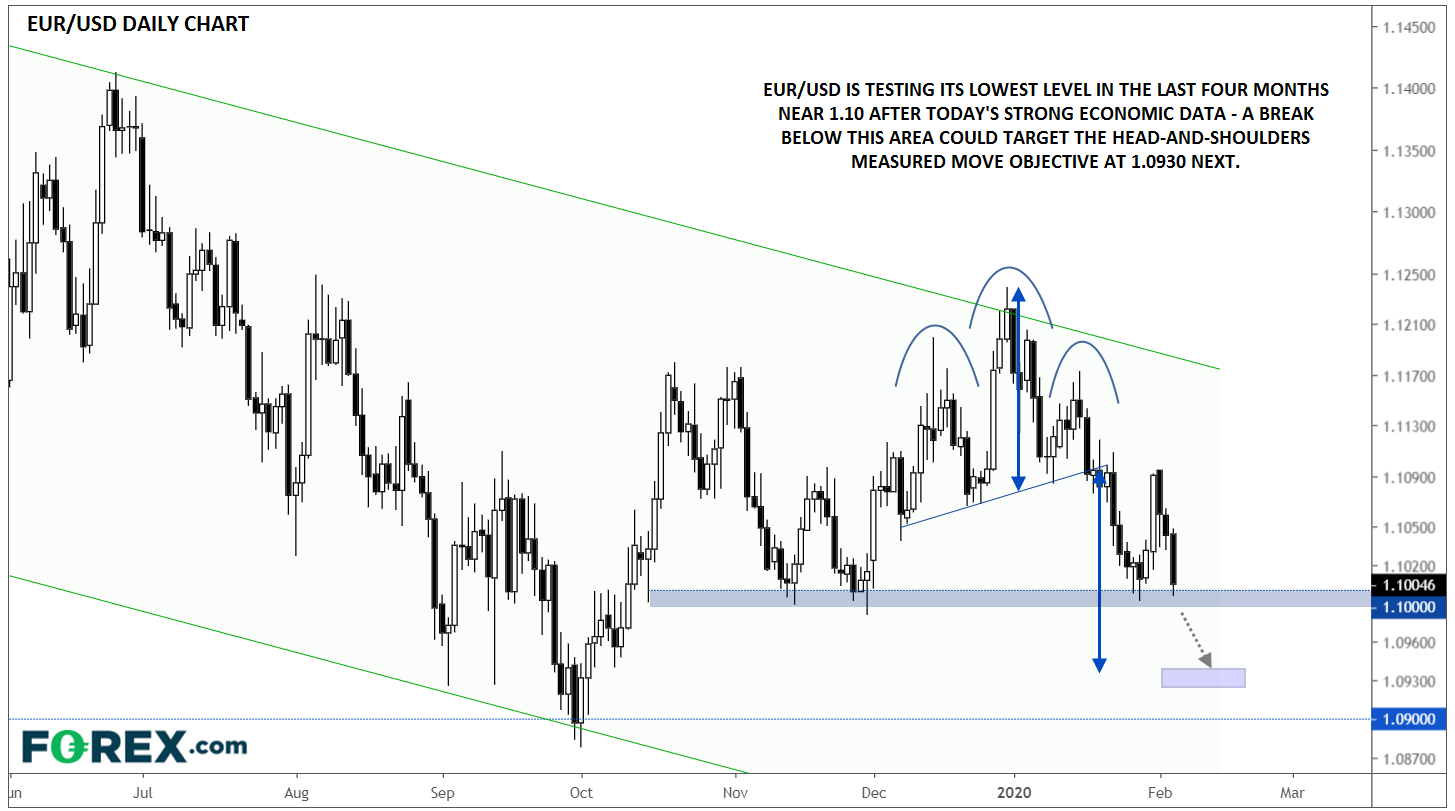 For those tracking at home, we’re still monitoring EUR/USD’s turn-of-the-year head-and-shoulders top pattern at the top of its bearish channel. The pattern projects a “measured move” projection down near 1.0930, hinting at further downside potential if 1.1000 support is breached. Below that level, bears may look to target the lowest close in nearly three years around 1.0900. Even if we see another bounce off these levels, traders may opt to sell the rally in-line with the longer-term downtrend as long as rates remain below Monday’s peak near 1.1100.