At the moment, it’s hard to argue against the strong bearish trend in EUR/CHF... 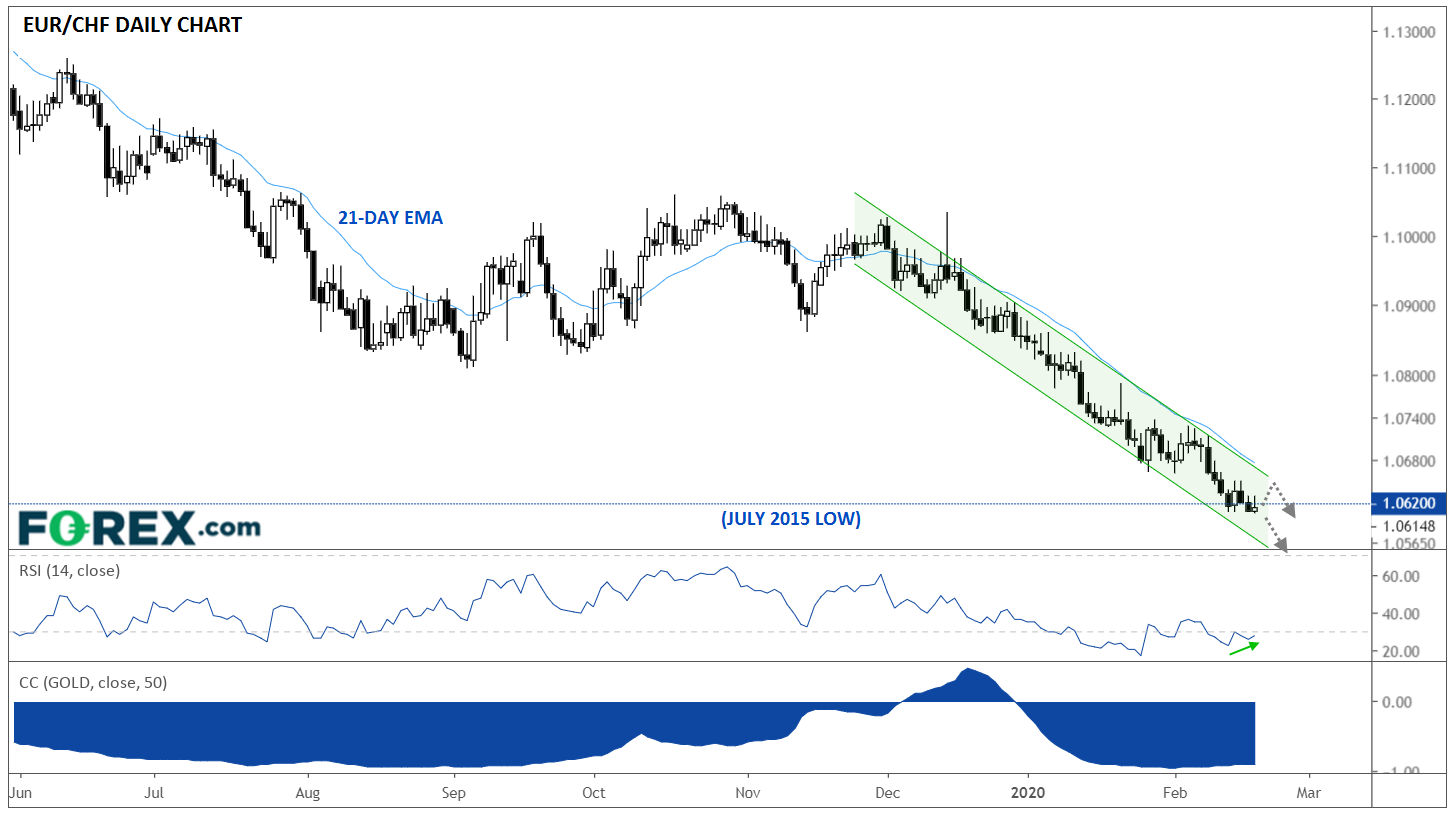