Oil traders may look at any near-term rally as a “dead cat bounce” and look to re-enter short positions on any bounce toward the $53.00-54.00 area.

When it comes to traders’ fears about the spread of coronavirus, actions can speak louder than words (and data). For instance, the Chinese government’s “aggressive” decision to essentially quarantine nearly 50M people and build two new hospitals in record time foreshadowed that the number of infections was likely to get worse before it got better, a dynamic that has played out over the last two weeks.

A similar dynamic is taking place in the oil market today. According to Bloomberg, Chinese demand for oil products has fallen 20% amidst the lockdown; the estimated 3M b/d decline in demand would mark the worst demand shock since the Great Financial Crisis. Meanwhile, a separate Reuters report that OPEC+ is considering a 500k b/d production cut as early as the middle of this month to try to address the steep drop in demand confirms the severity of the issue.

When it comes to oil prices, traders have been selling first and asking questions later. The price of West Texas Intermediate crude oil has collapsed by nearly 25% in less than a month, and despite today’s recovery in other risk assets, WTI continues to probe new lows heading into the close. As the chart below shows, WTI is testing the psychologically-significant $50.00 level, its lowest price in over a year: 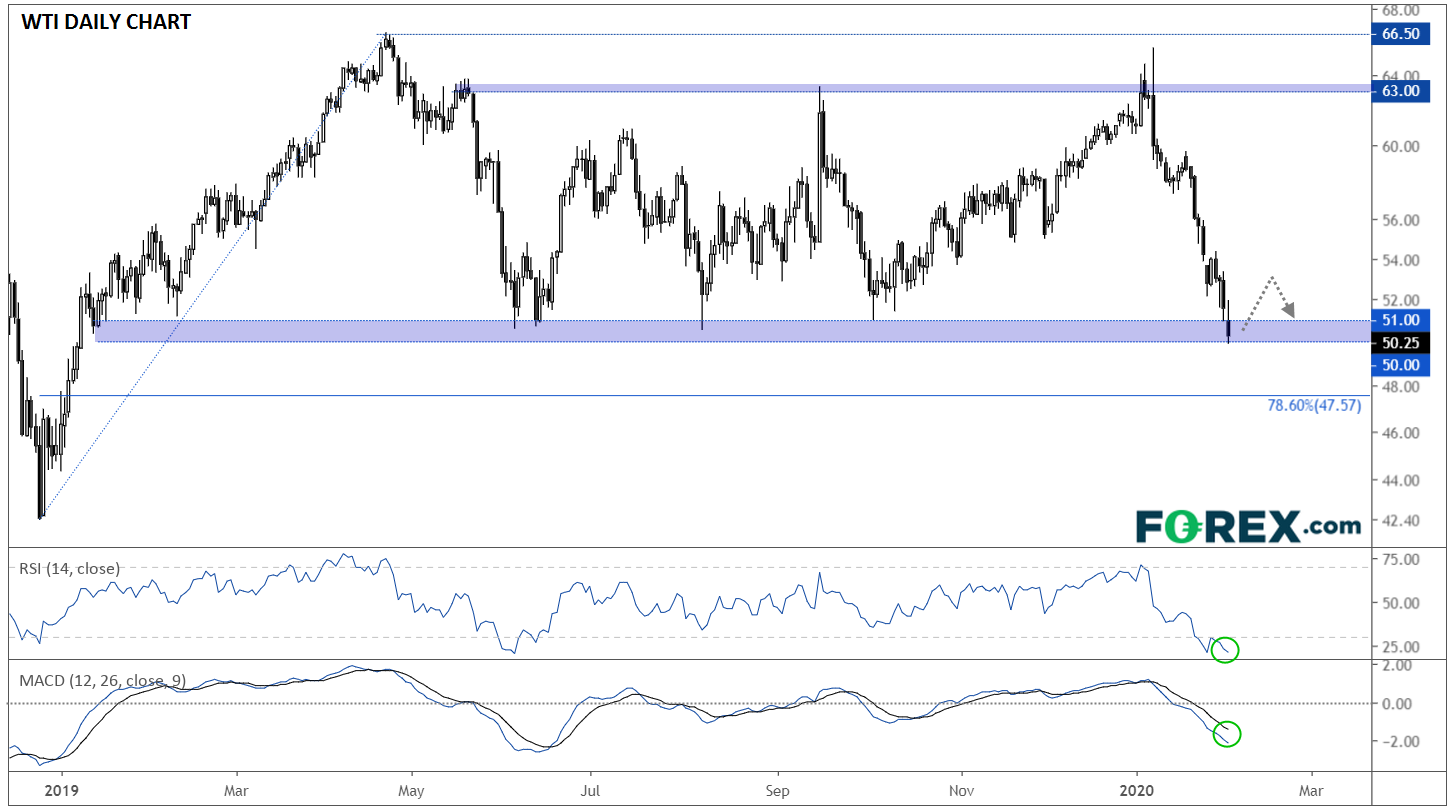 Over the past 12 months, the $50.00-51.00 corridor has provided support for prices, and with the RSI deeply in oversold territory as of writing, an oversold bounce from these levels cannot be ruled out. That said, until authorities can provably contain the spread of coronavirus, oil traders may look at any near-term rally as a “dead cat bounce” and look to re-enter short positions on any bounce toward the $53.00-54.00 area. Meanwhile, if oil is able to close below $50.00, the next logical level of support would be the 78.6% Fibonacci retracement of the H1 2019 rally near 47.50.