With a high bar set, the stakes are elevated heading into this evening’s earnings report from Alphabet...

In a clash of two storied NFL franchises, the Kansas City Chiefs celebrated an exciting come-from-behind victory over the San Francisco 49ers in Super Bowl 54 last night. For traders, a similarly titanic struggle has shaped over past week: coronavirus fears vs. tech stock earnings optimism.

As my colleague Fiona Cincotta noted late last week, US technology stocks have generally reported impressive earnings figures so far this month (with the big exception of Facebook), driving already massive firms like Apple (AAPL) and Amazon (AMZN) to fresh record highs and keeping broader indices afloat despite the rapid spread of coronavirus. With that high bar set, the stakes are elevated heading into this evening’s earnings report from Alphabet, Google’s $1T parent company and the last of the FAANGs to report.

Key figures to know ahead of GOOG’s earnings report:

After setting a fresh record high above $1500 late last month, GOOG has pulled back to consolidate in the mid-$1400s over the last week. Technically speaking, the short-term levels to watch will the record intraday high at $1503 and last week’s intraday low near $1420. Given investors’ current demand for growth at all costs, we lean toward a bullish reaction to GOOG’s earnings, with a truly stellar report opening the door for a move into the lower- or mid-$1500s. That said, a disappointing reading could still break $1420 support and expose the lower end of the recent bullish channel near $1375. 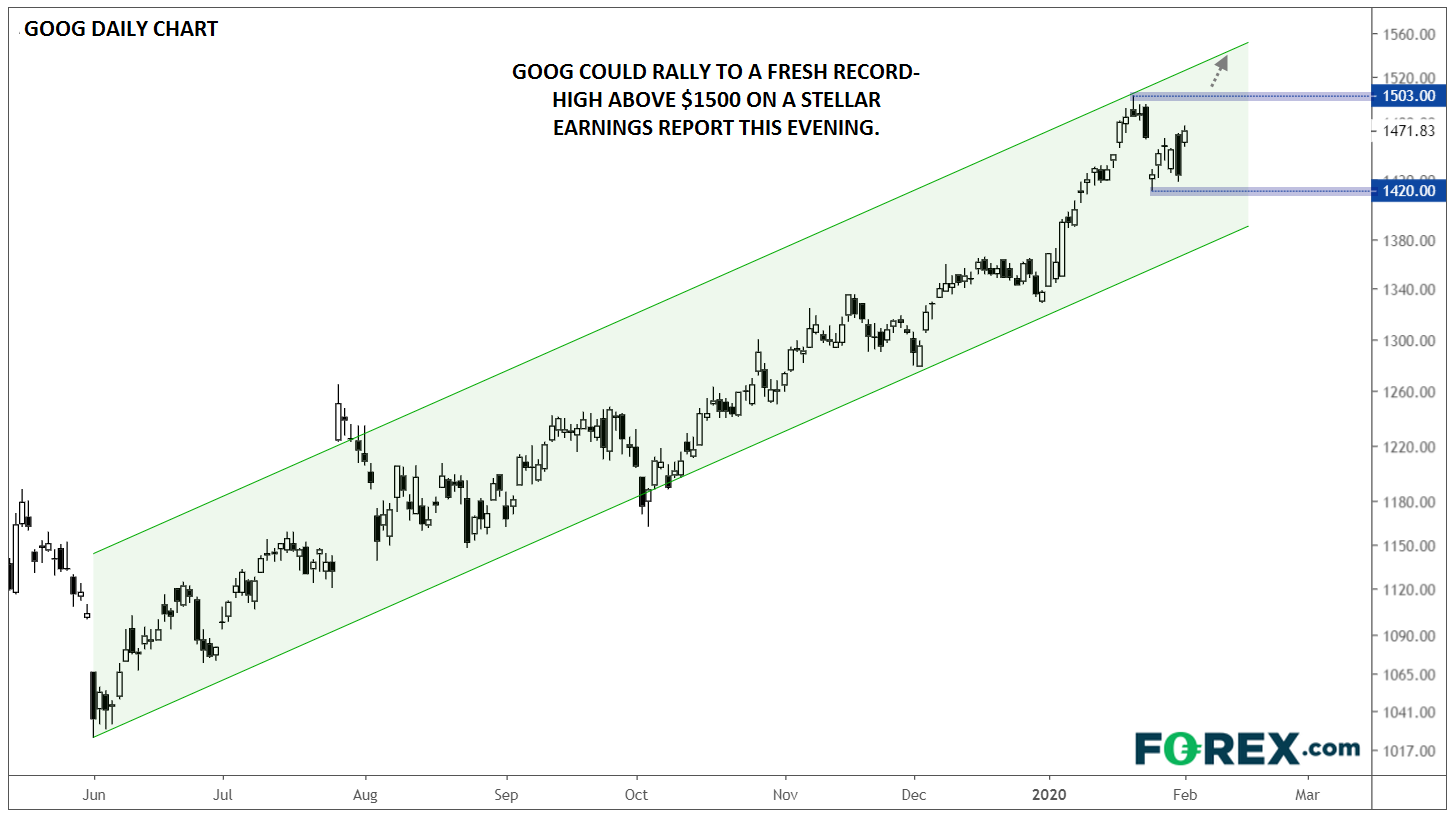