Who Said the Yield Curve is Inverted?

Could the current yield curve follow the same pattern as crude did? 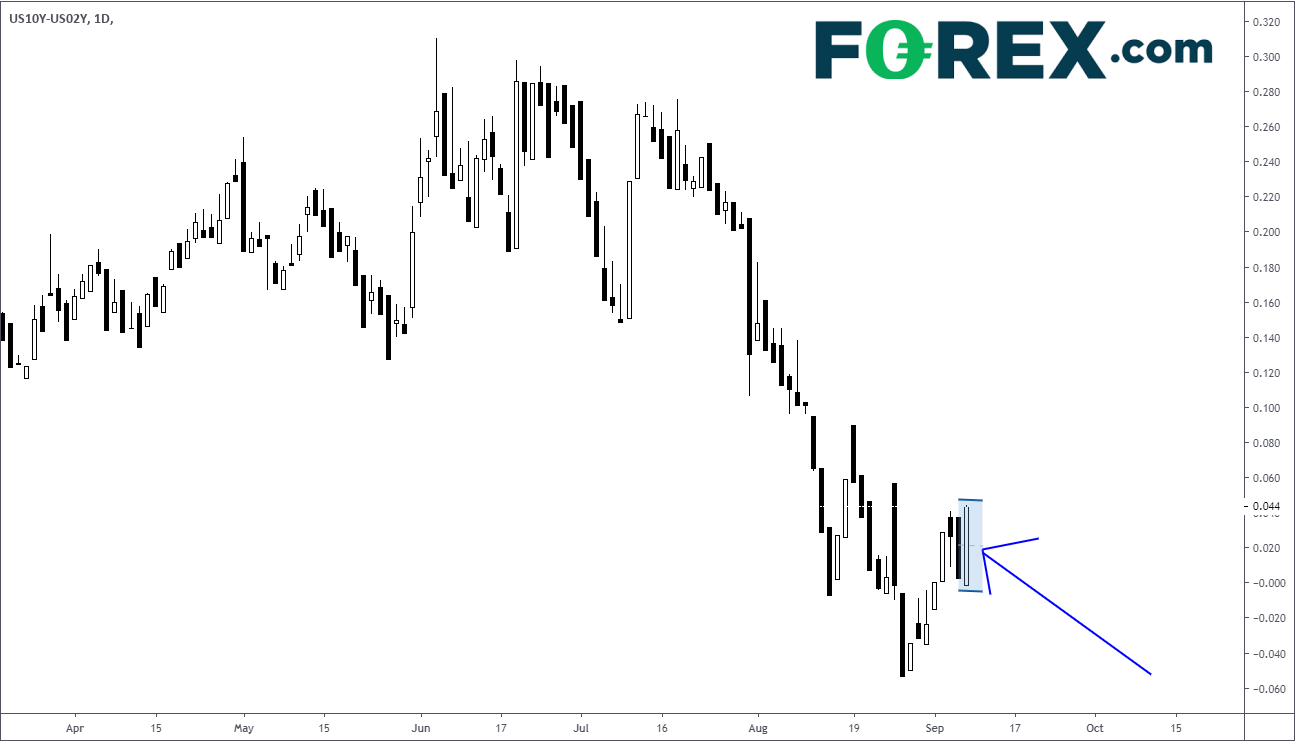 The main reason for the bid was that the back end (longer term) bonds sold off at a faster rate than the front end (shorter term) bonds. Bonds and yields are inversely related.  Therefore, yields rose faster in the back end than in the front end causing the yield curve to rise.

Will the yield curve turn negative again soon?   Obviously, there is no way to tell, but let’s look at another instrument with a similar pattern and see what happened: 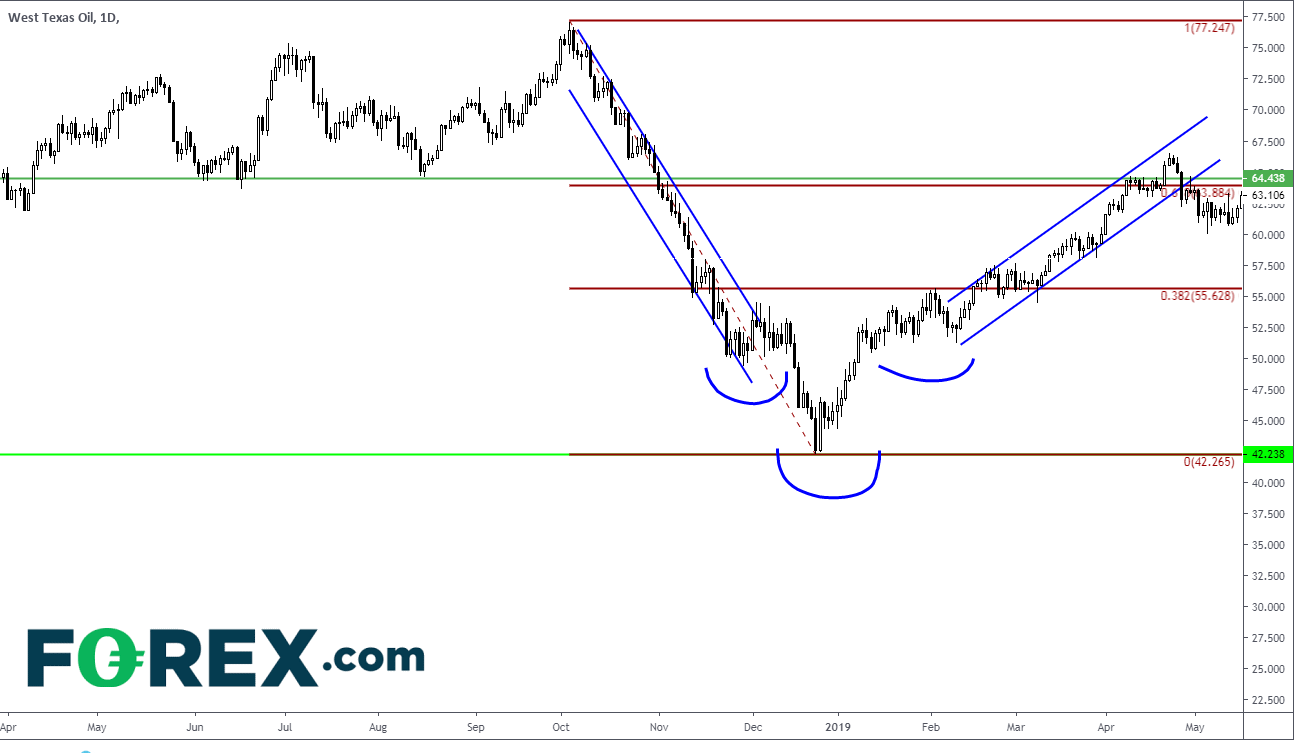 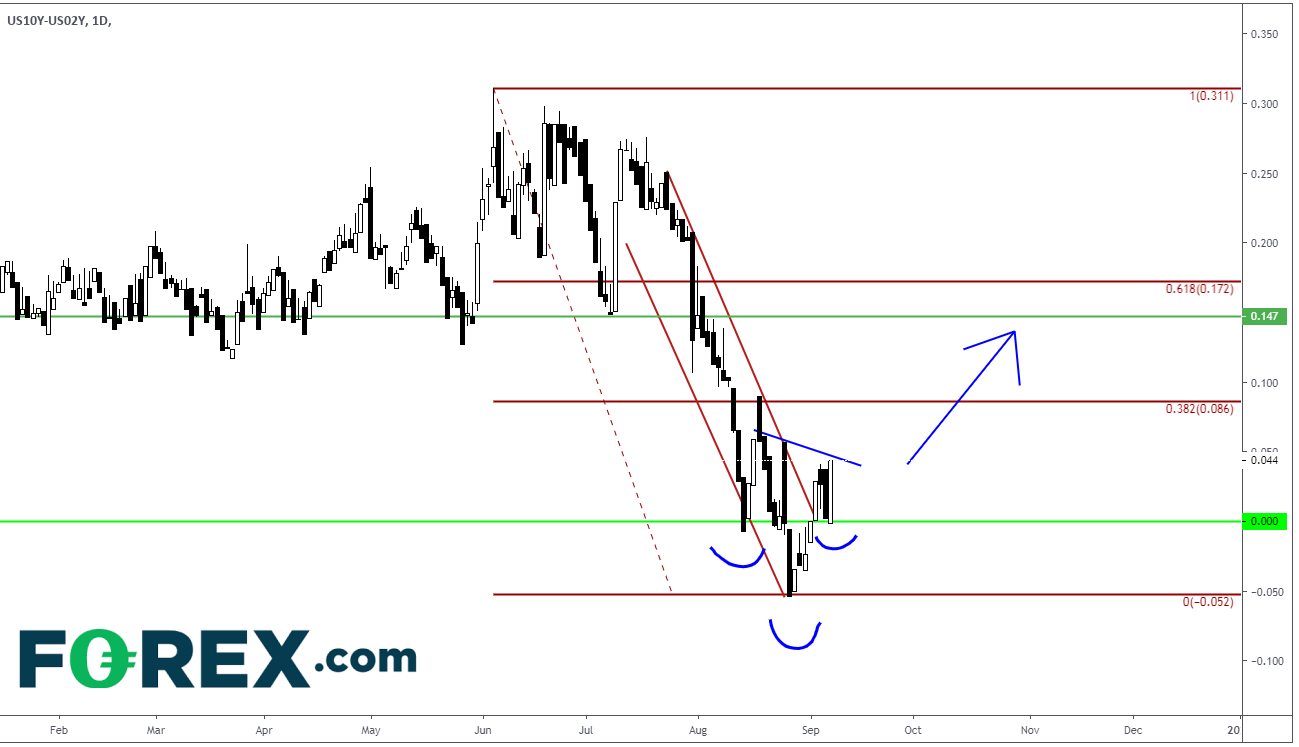 Could the current yield curve follow the same pattern as crude did in the fall of 2018?  Maybe. But planning a trade and being ready for the possible outcomes are just as important as executing the trade!