By :
Global Author
The S&P 500 Futures accelerated up sharply as Pfizer has announced its Phase 3 trial showed its experimental vaccine found to be over 90% effective in preventing Covid-19. Nasdaq 100 underperforms S&P500 and Dow Jones Industrial. Joe Biden was declared President elected over the weekend. However, President Trump didn't concede the election.

European indices are on a strongly bullish mood after Pfizer's announcement. The German Federal Statistical Office has posted September trade balance at 20.8 billion euros (vs 16 billion euros surplus expected). Europe Sentix Investor Confidence for November was released at -10, vs -15 expected and -8.3 in October. Bank of France Industrial Sentiment for October was published at 97, vs 90 expected.

Asian indices closed on a strong up move. In Japan, November Tankan Index was released at -13, above -28 expected.

WTI Crude Oil is posting a rebound. The total number of rotary rigs in the U.S. rose to 300 as of November 6 from 296 in the prior week.

Pfizer (PFE) and BioNtech said their "vaccine candidate was found to be more than 90% effective in preventing COVID-19 in participants without evidence of prior SARS-CoV-2 infection in the first interim efficacy analysis." 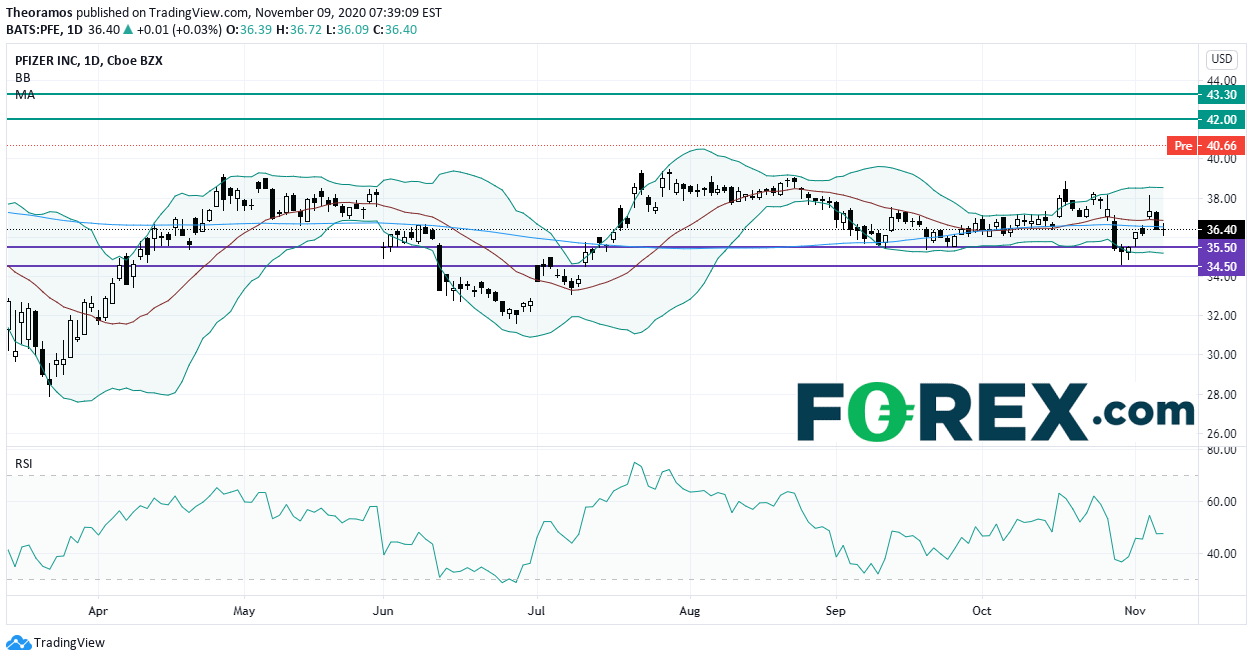 Biogen (BIIB), a pharmaceutical company, might dive after a FDA advisory panel voted against the company's Alzheimer's experimental treatment.