Bank of Canada is Up Next

Earlier today, the Reserve Bank of Australia (RBA) cut interest rates 25bps, as expected, to a new all-time low of 0.50%.  In the accompanying statement,  the RBA said, “The Board is prepared to ease monetary policy further to support the Australian economy.”

Not to be outdone, the Fed gave the US markets a surprise inter-market rate cut of its own, cutting rates 50bps to 1.25%.    After a less than satisfactory G7 statement, Powell and gang felt asset prices had fallen too much too fast.  In the press conference that followed, Fed’s Powell said that the  “fundamentals remain strong”. However, because of the coronavirus and the measures taken to contain it, the Fed felt they needed to do their part.  However, stock market indices seem to feel this is too little too late (or too early?) and closed lower on the session, down roughly 2% (not to mention that just last week Fed members were saying that they will not have an inter-meeting cut).

Tomorrow morning in North America, the Bank of Canada (BOC) will meet to decide if they should cut rates as well.  At their last meeting on January 22nd,  Members decided to leave rates on hold at 1.75%, however moved from a neutral to dovish stance.  They noted that they will “closely monitor the economy to see if the recent slowdown in growth is more persistent than forecast.”  Canada’s Manufacturing PMI for February was 51.8 yesterday vs 50.2 expected.  The manufacturing sector did well in February as many countries are under the contraction/expansion 50 level.  However, a rate cut tomorrow will not be about any current slowdown from recent domestic data, as the data has been holding up well.  As with the Fed, a rate cut will be to try and stay ahead of any upcoming global slowdown due to the coronavirus. 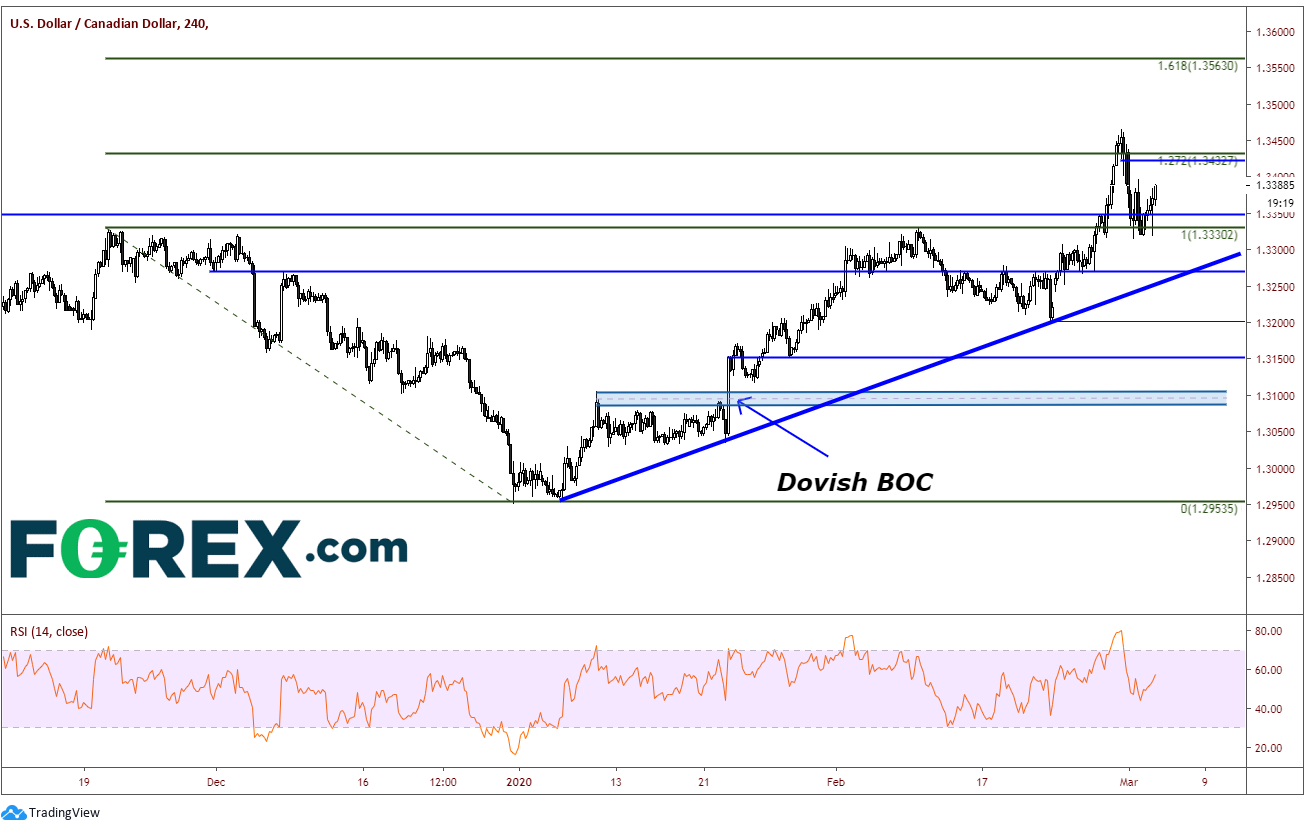 With the recent volatility because of the fears of the global impact from the coronavirus, we have recently seen preemptive rate cuts.  Tomorrow, the Bank of Canada will need to decide whether they need to take any preemptive measures as well.