EUR/USD and DXY at key levels

The fundamental data released from Europe earlier was not good.  Retail sales from Germany for December were -9.6% vs -1.2% expected and +1.1% in November.  In addition, Spain became the first of the major European countries to post a Manufacturing PMI below the expansion/contraction level of 50, with a print of 49.3.  This helped drag collective European figure down from 55.2 to 54.8 for January.  With lockdowns and restrictions in full effect across Europe, the economic data is likely to continue to be sub-par.  ECB is in “wait and see” mode, however last week they warned that markets were underestimated the chance of a rate cut. 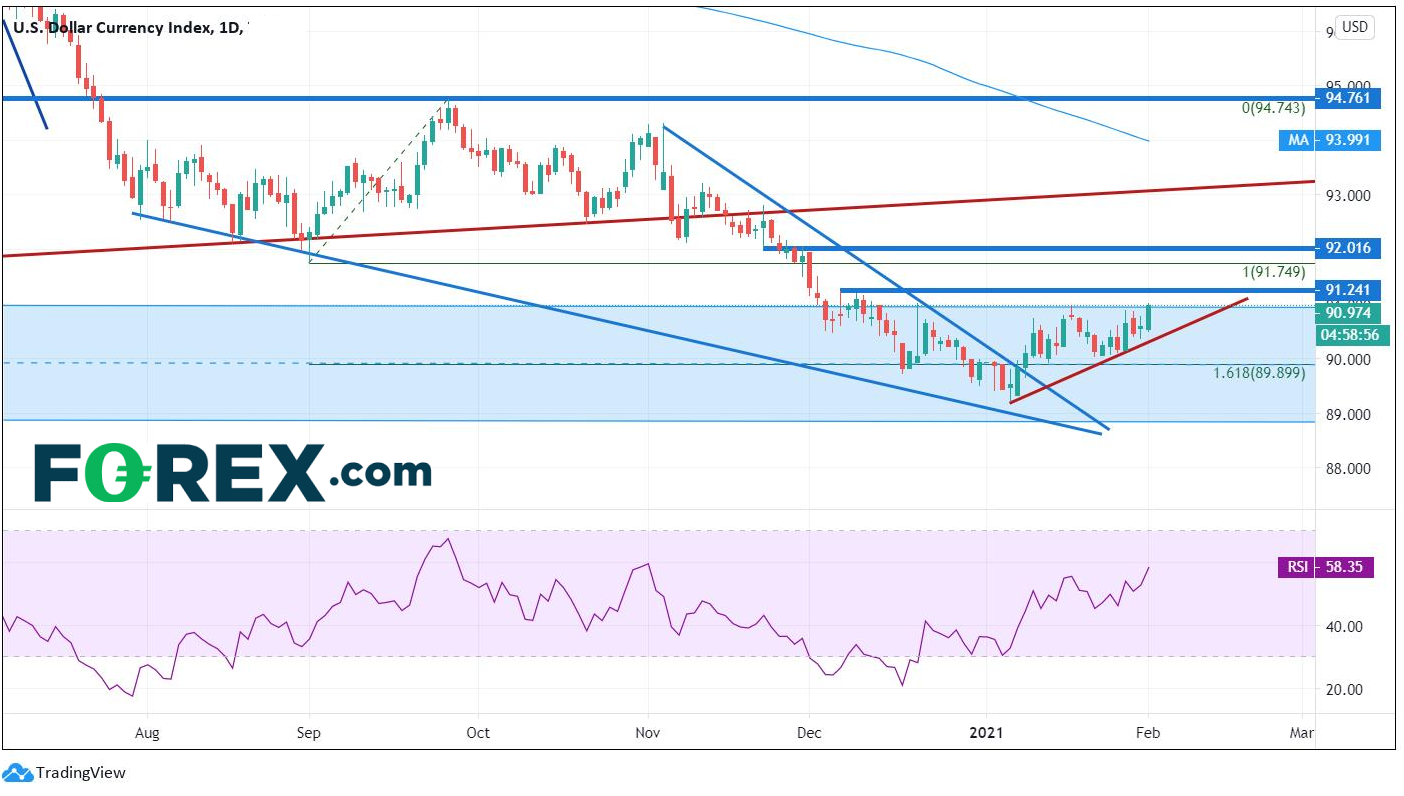 Most of the time, EUR/USD acts inversely to the DXY.   Just as DXY has broken out of a descending wedge and is trying to move higher, EUR/USD has broken down from an ascending wedge and is trying to move lower.  A close move below horizontal support and the 38.2% Fibonacci retracement level near 1.2063/1.2050 would open the door for a move down to 1.2011, which is previous highs September 1st, 2020. However, bulls are guarding the 1.2050 level, just as they did not January 18th.  Below 1.2011, 1.1975 is the 50% retracement from the previously mentioned timeframe which will offer the next support level. 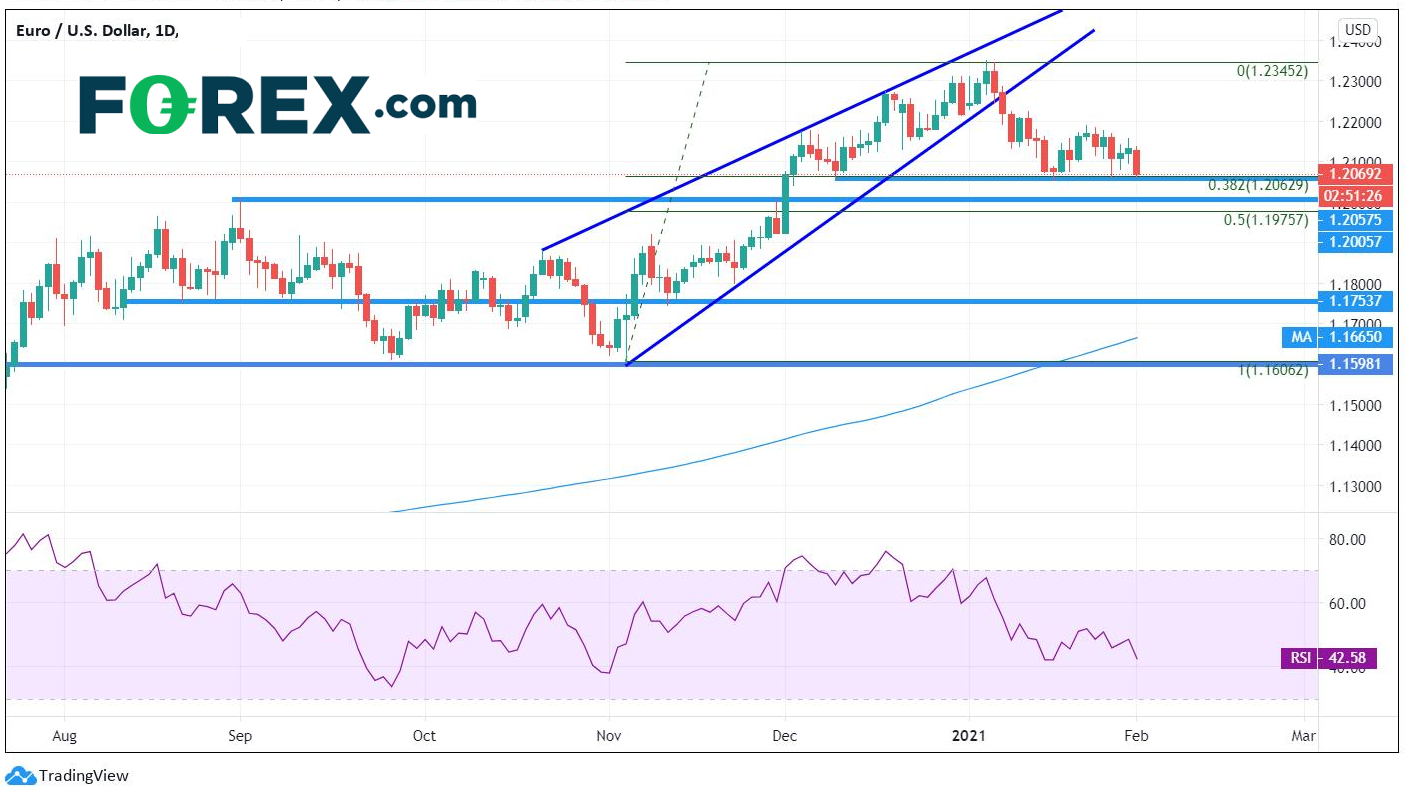 On a 240-minute chart, we get a better sense of the range EUR/USD has been in since January 8th.  inversely to DXY, a downward sloping trendline (red) has formed putting in lower highs.  Bears will be looking to sell at that trendline on any bounces, which is currently near 1.2150.  If price breaks above, EUR/USD could head back to recent highs near 1.2190. 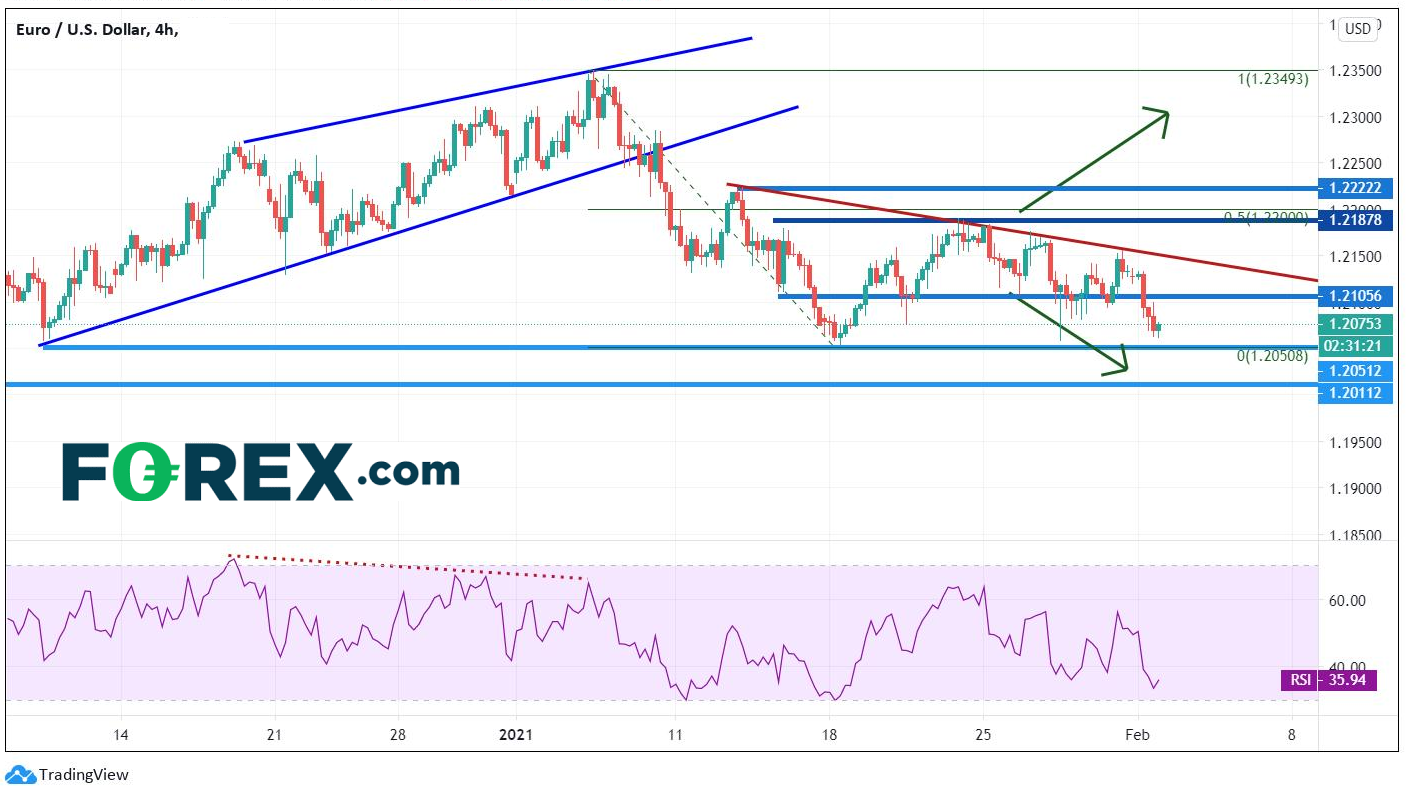 In addition to the poor economic data lately from Europe and the warning from the ECB that a rate cut may be on the way, the technical picture doesn’t look so great either.  If the virus continues to worsen in Europe and it continues to show up in the economic data, the ECB will be forced to act.  Right now, US stimulus is priced in.  If the ECB hints at more stimulus, this will also add pressure to EUR/USD.  For  now, watch 1.2050 as the line in the sand!