Will it be Santa’s rally or Satan’s rally for the Nasdaq in December?

The Nasdaq’s Santa’s rally has diminished over time, according to seasonality

Traditionally, stock market indices are expected to rally in December – a seasonal tendency known as ‘Santa's rally’. And that was generally the case for the Nasdaq 100 if we look back at the past 30 years, as it generated an average return of 0.7% in the month of December. Yet that positive expectancy has diminished in recent years, dropping down to 0.3% over the past 15 years, -0.6% over the past 10 and -1.3% over the past 5. Over the past 30-years the index has also closed lower 53.3% of the time. 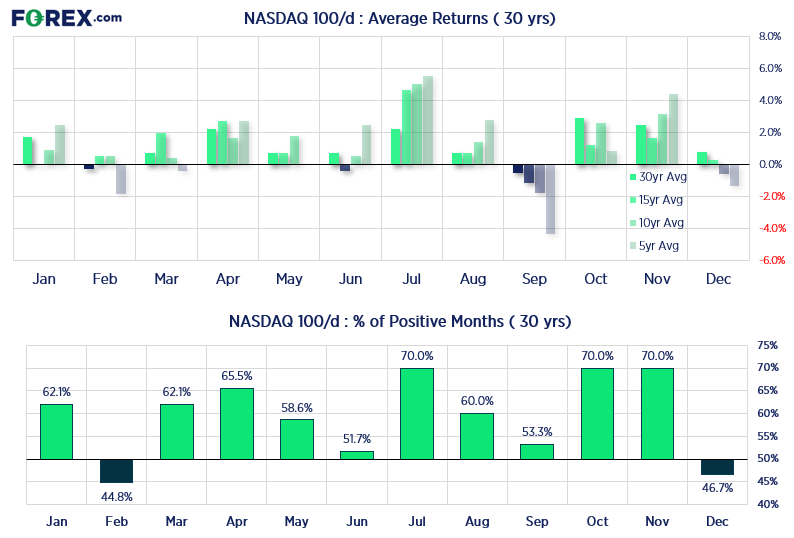 These number paint a bleak picture for December overall, and makes us question why there’s so much hype behind Santa’s rally. Yet with that said, these are also blunt numbers which look at the month overall. And context also matters.

However, the Nasdaq has already seen a strong pullback this month

At the time of writing, the Nasdaq has fallen ~35% since its record set 13-months ago, it’s down nearly -8% month to date, and fallen nearly -10% over the last 5 days alone. Shorting the index is not a new idea, and most importantly Wall Street held above key support levels yesterday despite extreme volatility in yesterday’s Asia session dye to the BOJ’s policy tightening. If markets can’t drop on bad news, it can be a prelude to a rally.

If we look at some technical indicators for the Nasdaq, there are some reasons to be hopeful of a countertrend bounce. 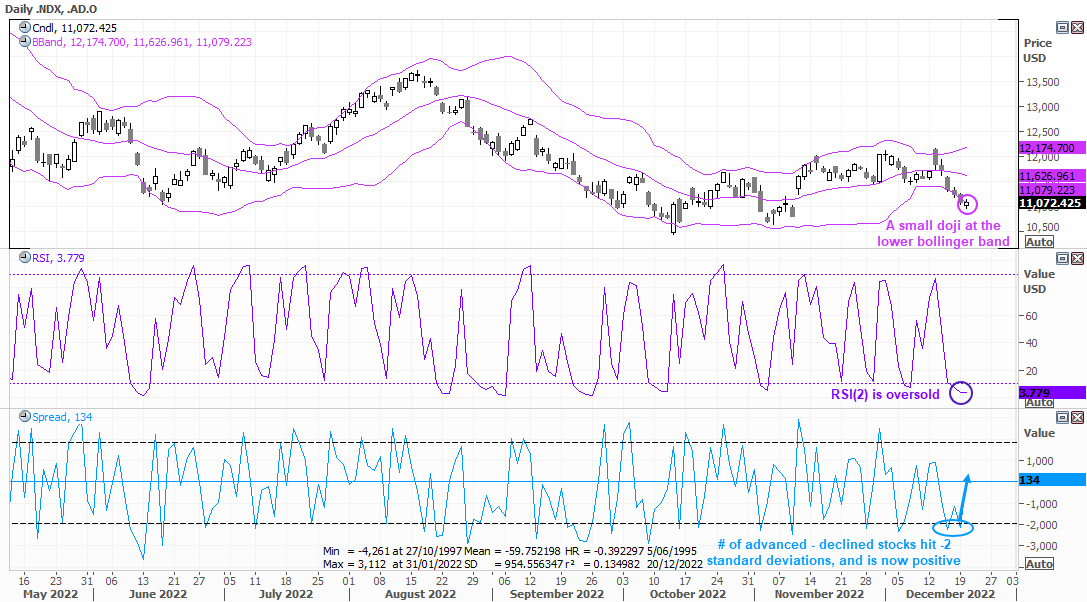 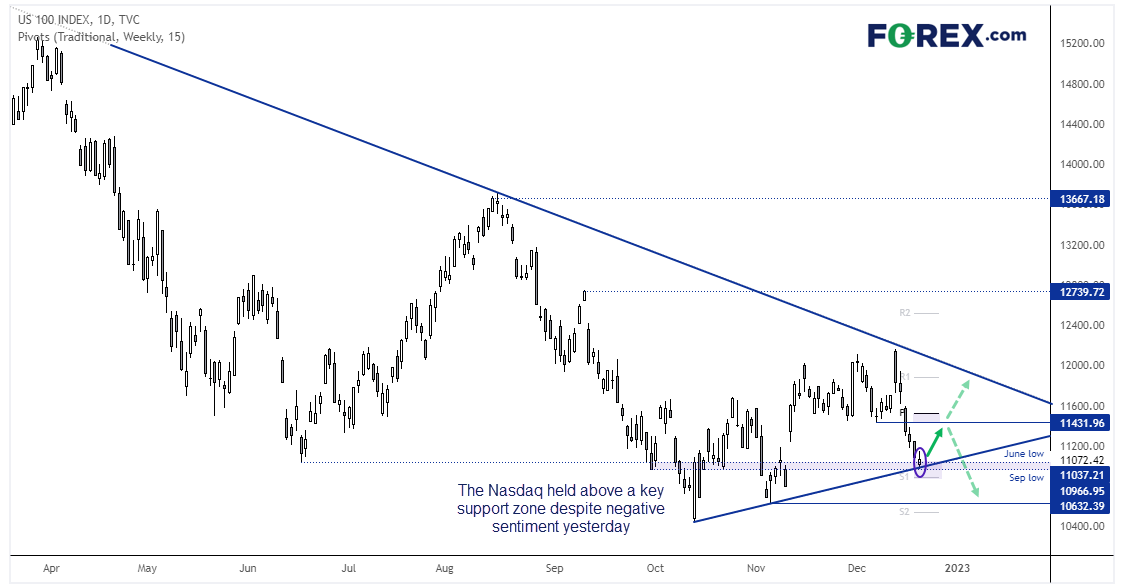 If we put all the pieces together, we favour a corrective bounce from current levels over the near-term – even if only to the 11,430 lows. As we have year-end flows then it also increases the odds of some unpredictable price action, but with such a strong pullback already the path of least resistance could be higher as we head towards Christmas, with a break to new highs being a bonus.