As my colleague Fawad Razaqzada noted this morning, the world’s most widely-traded currency pair falling to the critical psychological level of parity (1.00) for the first time in nearly 20 years is a momentous event in the forex market, but the implications of widespread US dollar strength reach far beyond the currency market itself.

One of the clearest cross-market impacts of FX market fluctuations is on stock market indices. Generally speaking, a strengthening currency can boost total returns of assets in that currency, whereas investments denominated in a depreciating currency face a headwind from the so-called “foreign currency effect.”  From the perspective of a European trader, if the dollar strengthens relative to the euro, it boosts the return of the Dow Jones Industrial Average (Wall Street) relative to euro-denominated indices like the DAX (Germany 40).

The chart below shows that effect in action: 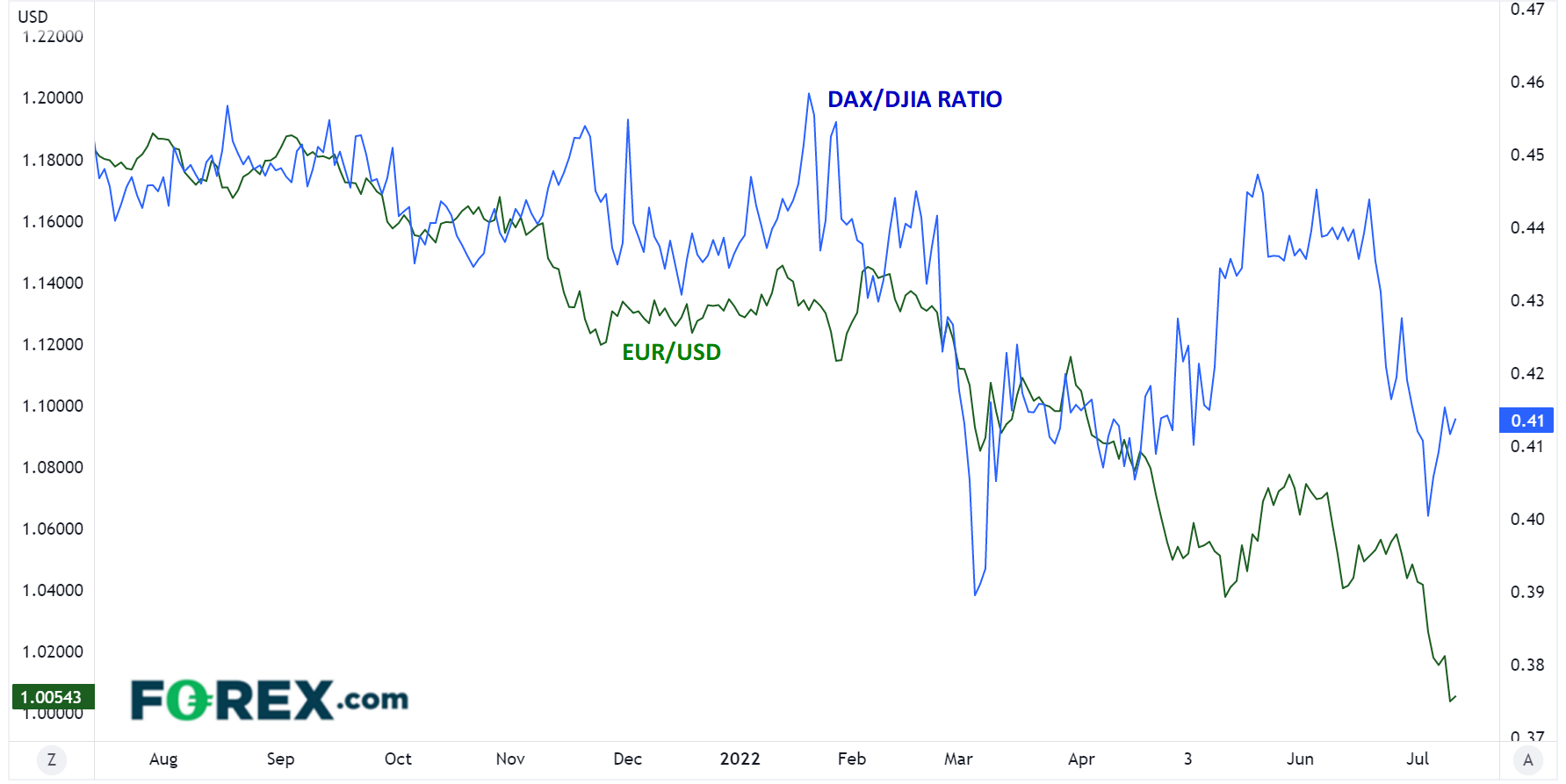 Over the last year, the EUR/USD exchange rate (green line, left axis) has fallen from roughly 1.18 last July to the aforementioned parity level today; at the same time, a ratio chart of Germany’s DAX index relative to the Dow Jones Industrial Average (blue line, right axis) has dropped from 0.45 to 0.41. While the move doesn’t sound particularly dramatic, it can have an underappreciated impact on medium- and long-term positions, especially when there are high-volatility moves in the FX market as we’re seeing of late.

The upshot for traders is clear: If you expect the US dollar to continue to strengthen relative to the euro, it makes sense to favor long positions in US indices and short positions in European-based (or other non-US-based) indices, all else equal.

Of course, all else is never exactly equal when it comes to trading, but at a minimum, the recent price action in EUR/USD should serve as a reminder of the importance of the FX market, even if you’re not trading it directly.