A CPI trading strategy for forex traders should centre around being aware of the expectations the market holds for inflation and the likely outcomes for the currency if these expectations are met or missed. Sometimes an environment for increased inflation will be welcomed (EG, in a deflationary landscape such as Japan) while in more inflationary conditions (such as Brazil) an increased rate of inflation may be considered bad for the economy.

After the CPI release and surrounding analysis, traders can bring in technical analysis to their approach, by examining if price is reacting to key support and resistance levels defined by indicators such as Fibonacci retracements or moving averages. These indicators may help to give some insight into the short-term strength of the move, for more informed trading decisions.

In the below chart US inflation statistics are shown as a percentage of change since the same point 12 months ago. So for the latest March figure, consumer prices were 2.6% higher than at the same point the previous year. Source: Tradingeconomics.com/US Bureau of Labor Statistics.

The US Dollar Index (USDX), which shows the performance of USD against a basket of other currencies, can be a useful way of exploring the effects of CPI data. If the latest release is divorced from analysts’ expectations, traders may watch for USDX to move accordingly. 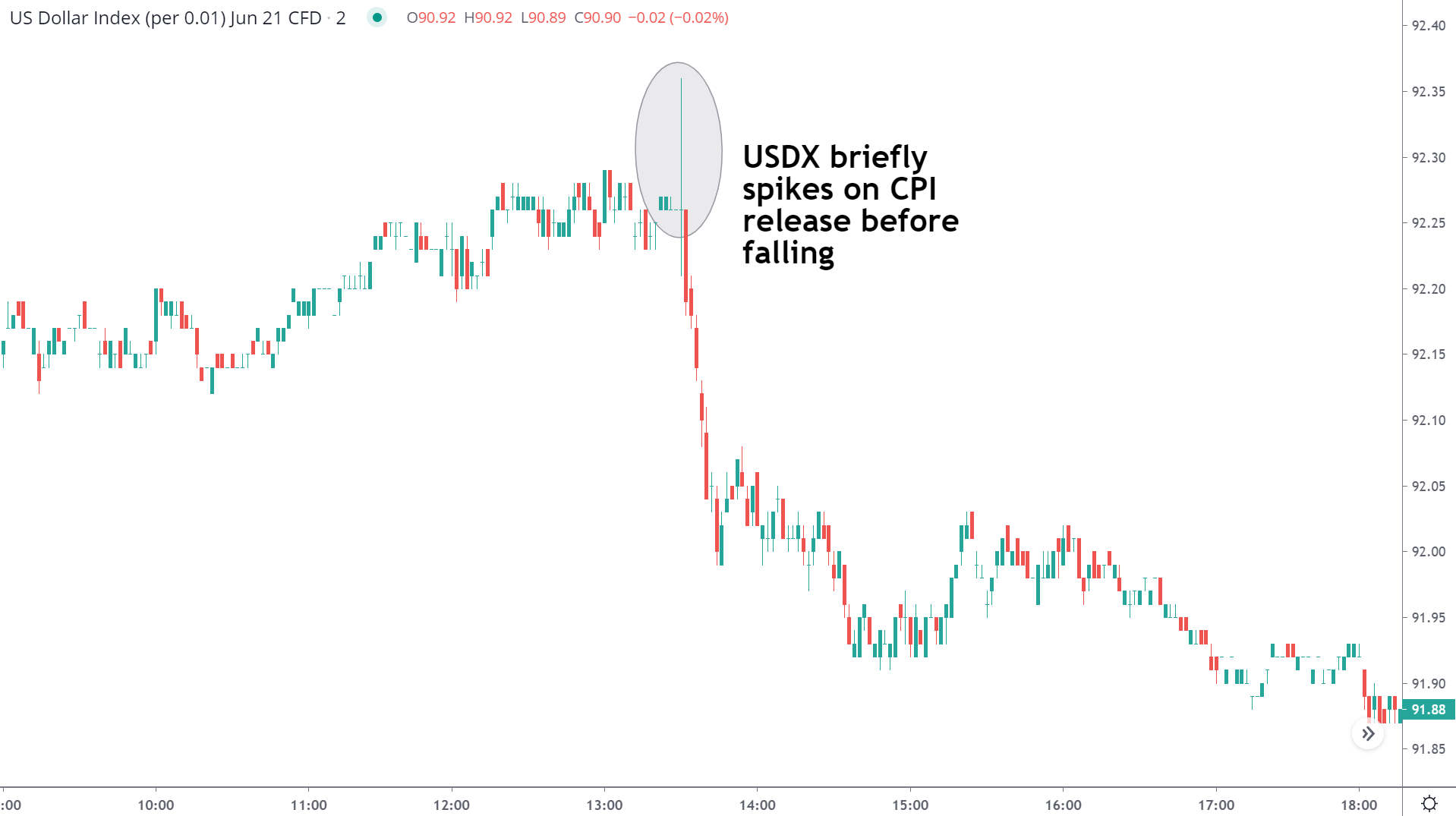