The U.S. dollar remained weak against other major currencies, as traders kept selling the currency after Federal Reserve Chair Jerome Powell reiterated on Thursday the needs for more fiscal and monetary stimulus.

On a technical point of view, the index retreated after rebounding to the 50% retracement on a daily chart. After that the prices broke below the rising trend line drawn from September, indicating that corrective rebound is possibly over. Currently, the prices are trading below both 20-day and 50-day moving averages. 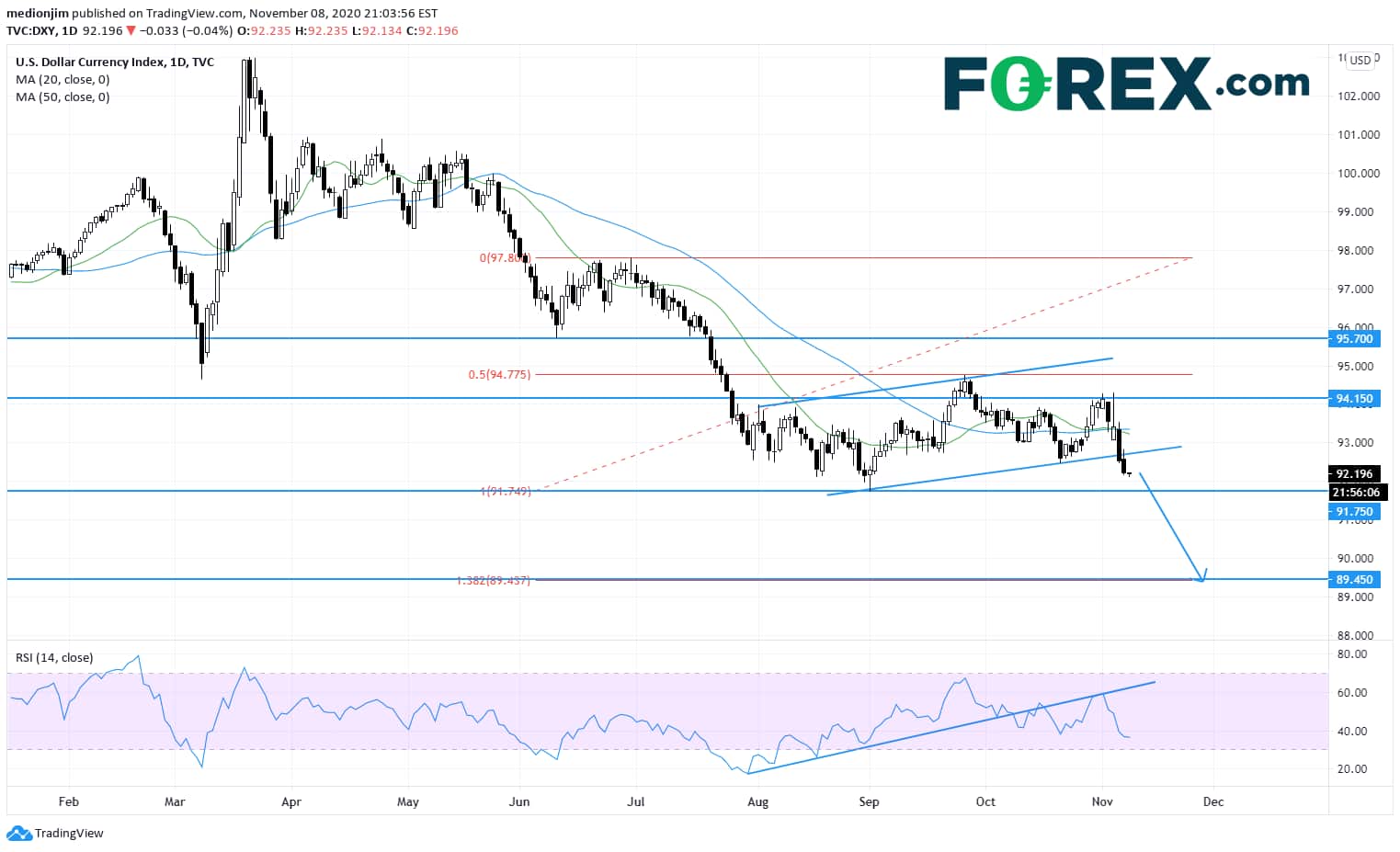 USD/CAD holds between key levels ahead of Powell speech
By:
Fawad Razaqzada