While risk assets have been a tad more stable in the last couple of days ahead of US earnings season and CPI next week, we are not out of the woods just yet. So, don’t let the apparent calmness deceive you. Not much has changed fundamentally to suggest the worst is behind us just yet.

The global economy could weaken much more than it is priced in right now. A global recession is looming large, with Europe looking particularly weak. But the situation for some emerging markets is even bleaker. Just take a look at their inflation figures:

Obviously, the official data might be understating inflation in some of these nations. The actual situation might be a lot worse.

More to the point, the US dollar’s ongoing strength is making the situation even worse in these nations. As EM currencies continue to weaken, costs of import only go up, further weighing on demand.

To prevent their currencies from weakening, central banks in these countries are forced to either introduce capital controls and/or hike interest rates more aggressively than would otherwise be the case. Obviously, I am not talking about the Erdogan-controlled CBRT here, given that it has been doing the opposite! Tighter monetary conditions make it more difficult to emerge from this vicious spiral.

When you consider the fact that the Fed is aggressively tightening, expect a summer of turmoil in EM space. There’s also the risk that inflation in developed economies might prove to be more persistent – something the Fed highlighted the risk of at their last monetary policy sitting, judging from the minutes of that meeting released on Wednesday.

More central banks will be tightening their belts further with the RBNZ and BOC both set for sharp hikes in the week ahead. This will further deliver unwelcome weakness for EM currencies.

So, while things are calm on the surface, it is worth watching EM currencies closely here as there is a risk we could see further, sharp, selling, which, in turn, could provide a fresh source of threat to the global financial markets.

Let’s take a look at some of the most eye-catching moves, featuring PLN, MXN, THB and TRY:

The USD/PLN has just broken to a new high for the year – there’s no stopping this pair now, by the looks of it: 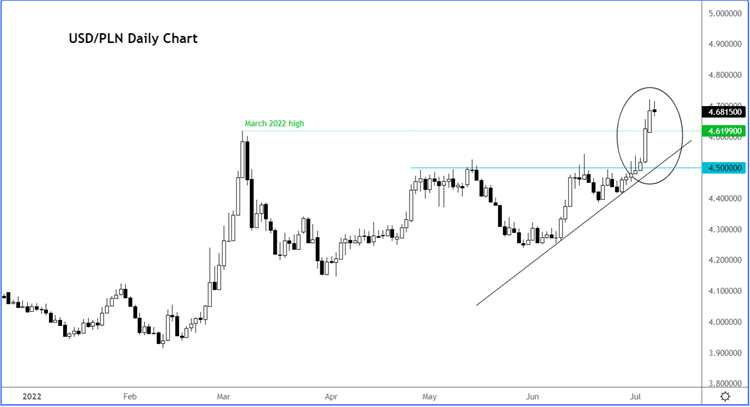 The USD/MXN is attempting a breakout above 20.50, which will also see rates take out the bearish trend line that has been in place since last year. 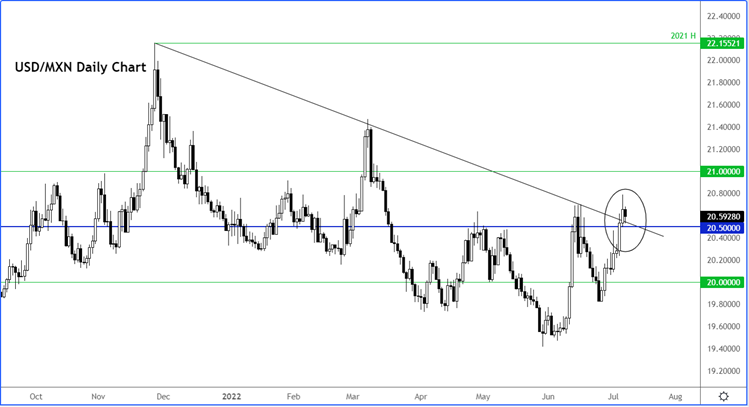 The USD/THB has risen so sharply that it has even broken out of its rising channel. Dip-buying is likely to continue after shallow pullbacks. 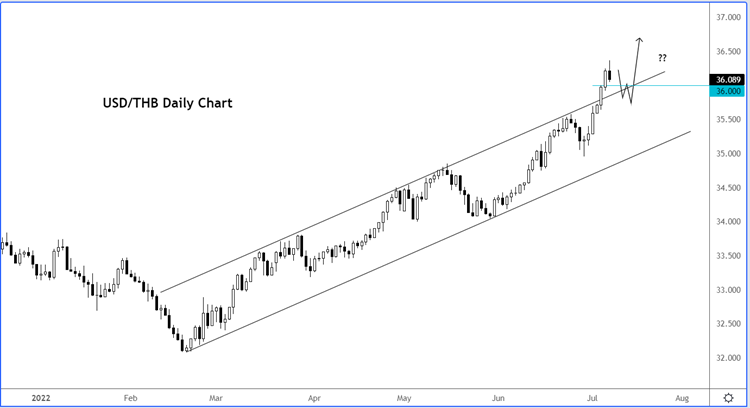 Finally, the USD/TRY looks like it will challenge last year’s high: 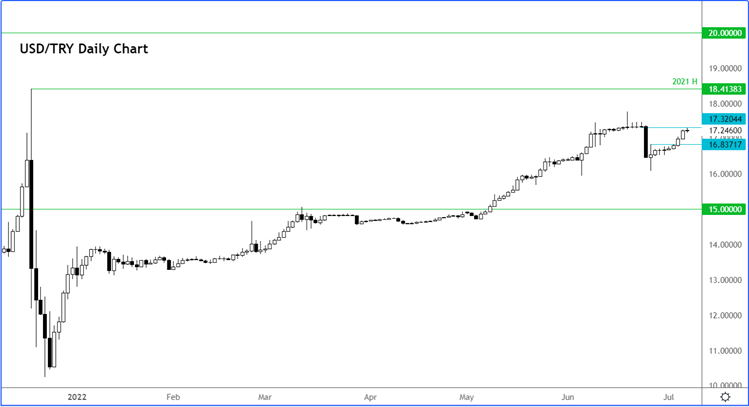