By :
Global Author
The US Dollar was bullish against most of its major pairs on Tuesday with the exception of the NZD and GBP. On the US economic data front, Markit's US Manufacturing Purchasing Managers' Index declined to 53.1 on month in the August final reading (53.6 expected), from 53.6 in the August preliminary reading. Construction Spending rose 0.1% on month in July (1.0% expected), from a revised -0.5% in June.

The FX pair with the largest move on Tuesday was the USD/CHF which jumped 58 pips to 0.9095 the day's range was 0.8999 - 0.9101. Looking at the chart, the longer term trend remains bearish. Today's action has helped identify a key support threshold at the $0.899 level. A break above key resistance at 0.9185 will have to be confirmed in order to play a rebound with a goal of breaking above the 50-day moving average. A new short signal would be confirmed with a break of 0.899 support. 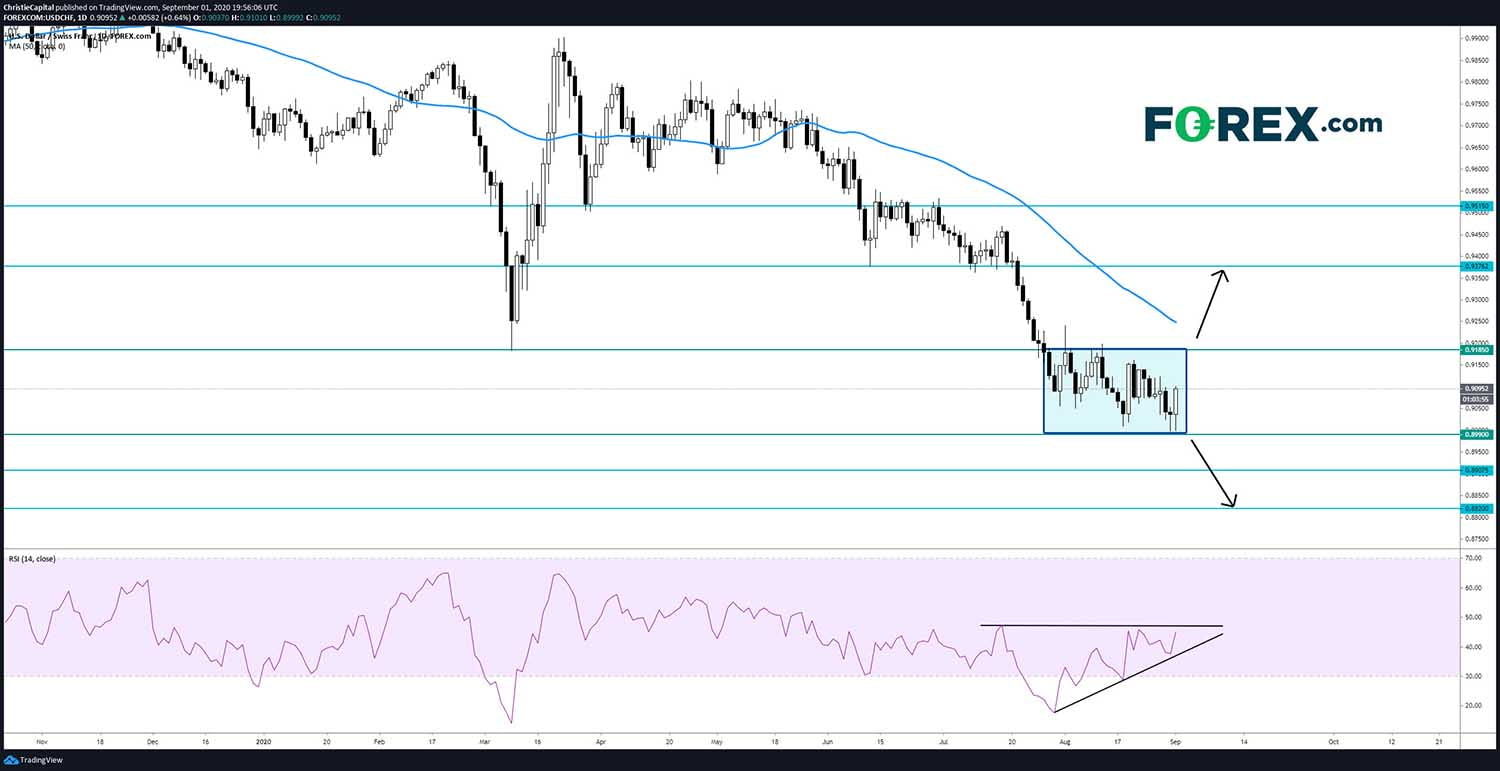