By :
Global Author
The US Dollar was bearish against all of its major pairs on Friday.

The Euro was bullish against most of its major pairs with the exception of the AUD, GBP and JPY. In Europe, the European Commission has reported 3Q GDP at +12.7% (vs -11.8% in 2Q) and September trade balance at 24 billion euros surplus (vs 22.5 billion euros surplus expected). Also, France's INSEE has posted final readings of October CPI at +0.0%, vs -0.5% the previous month.

The University of Michigan's Consumer Sentiment Index unexpectedly fell to 77.0 on month in the November preliminary reading (82.0 expected), from 81.8 in the October final reading.

Mortgage Bankers Association's Mortgage Applications fell 0.5% for the week ending November 6th, compared to +3.8% in the week before.

The National Federation of Independent Business's Small Business Optimism Index remained unchanged at 104.0 on month in October (104.1 expected), in line with September.

On Monday, Empire Manufacturing for November is expected to spike to 13.9 on month, from 10.5 in October.

Looking at the major pars, the USD/CHF gained the most over the last 5 days posting a return of 1.49% or 133 pips on the week. Despite the strong rebound the pair remains stuck in a holding pattern. We need to see a break above 0.9205 resistance for any change of a trend reversal above the next major resistance level of 0.93. A break below 0.898 would resume the prior downtrend. 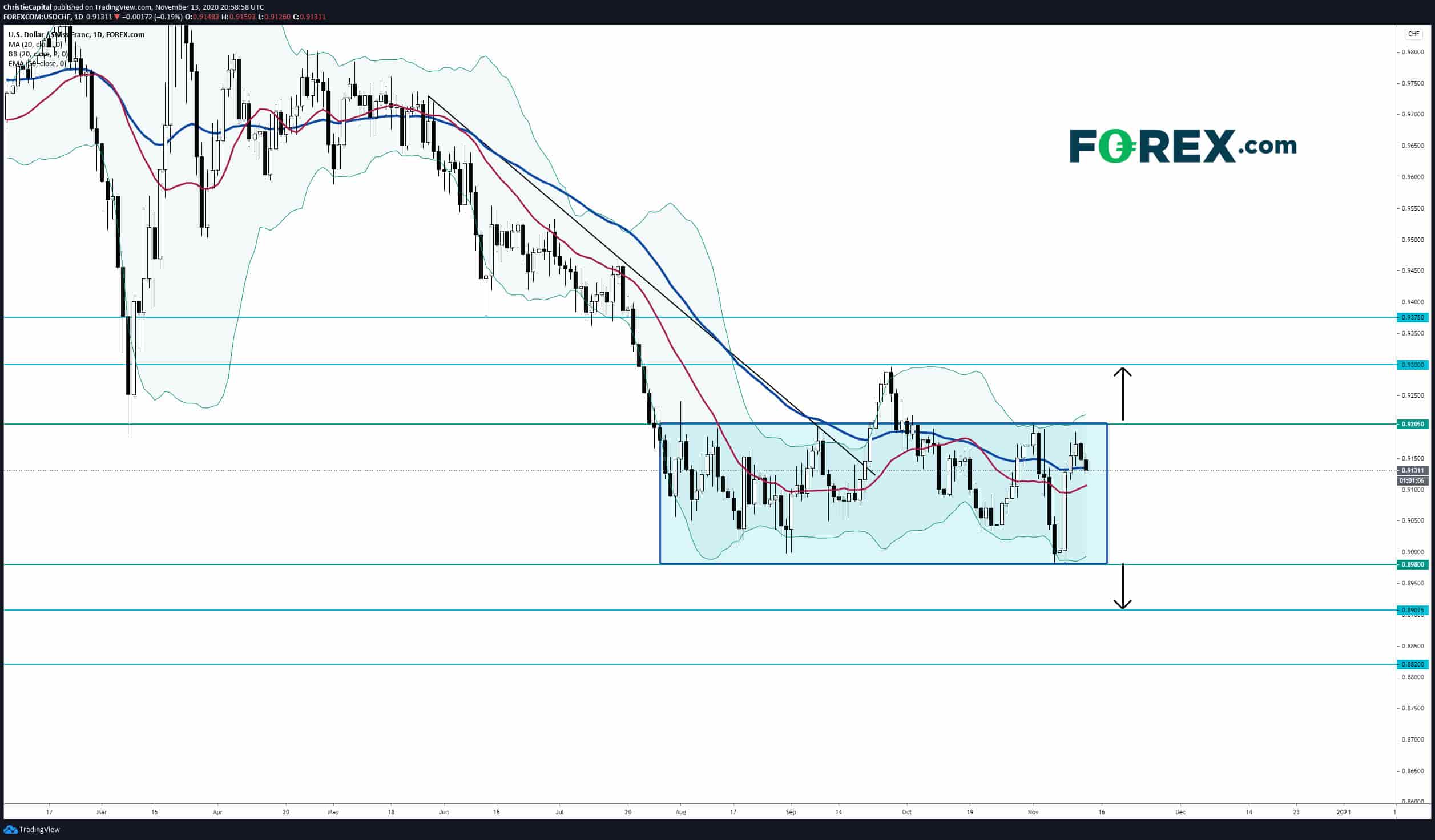