NFP will not be a Game Changer for the Fed

The headline NFP Payroll number should not sway the Fed in their decision.

The headline NFP number for September was marginally weaker at 136K vs the 145K expectation.  However, with the revision to August’s number from 130K to 168K, the overall headline number will be looked at as slightly better than expected.  The headline NFP Payroll number itself should not sway the Fed in their decision to cut rates on October 30th.  The unemployment number dropped to 3.5% in September from 3.7% in August.

However, the Average Hourly Earnings (MoM) dropped from 0.4% in August 0.0% in September, vs an expectation on 0.3%.  This is a huge miss and will heighten the Fed’s awareness to a slowdown in inflation over the month.  The FOMC meets again on October 30th.  In theory, lower inflation would lead to a lower US Dollar, which would lead to more rate cuts.

Immediately after the release of the data S&Ps spiked higher, mostly likely a “relief rally” from 2900 to near 2020.  Given all the poor data released this week, the market is content to have a number that is inline/slightly better.  S&PS are closing in on the 50% retracement at 2925 from the Oct 2nd high to yesterday’s lows. Support is at today’s lows of 2896.75.  Next support is yesterday’s lows at 2855. 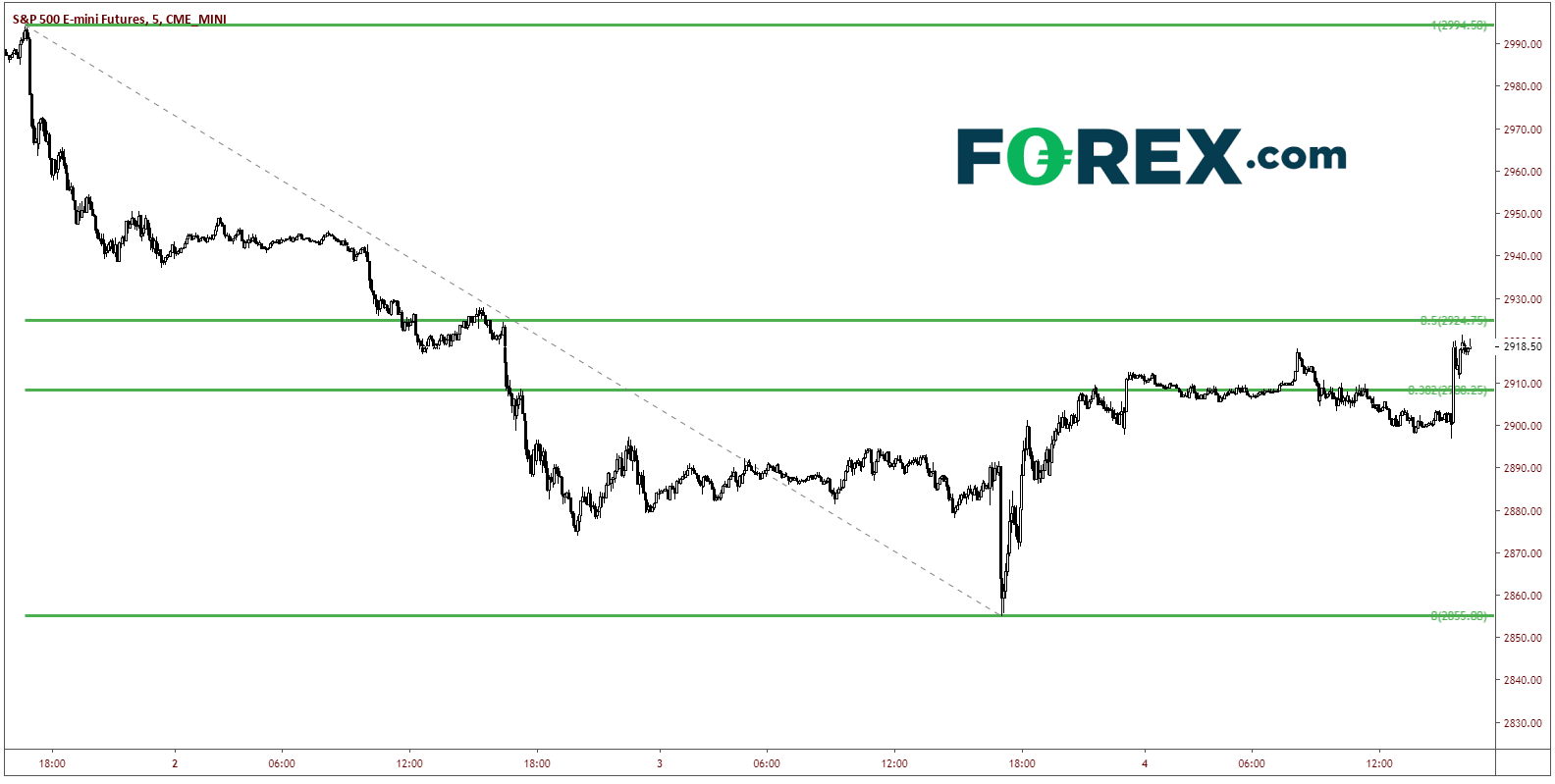 USD/JPY also spiked after the data release, possibly also on a relief rally.  However, on a 240-minute chart, one can see that a double top has been formed, with the neckline broken near 107.05.  This breakdown has failed for the moment, as horizontal support was held at 106.68. However, a break below this level may confirm the next move lower.  To find the target for a double top, take the distance of the high to low between the 2 highs, and add it to the breakdown point.  The target in this case is near 105.45 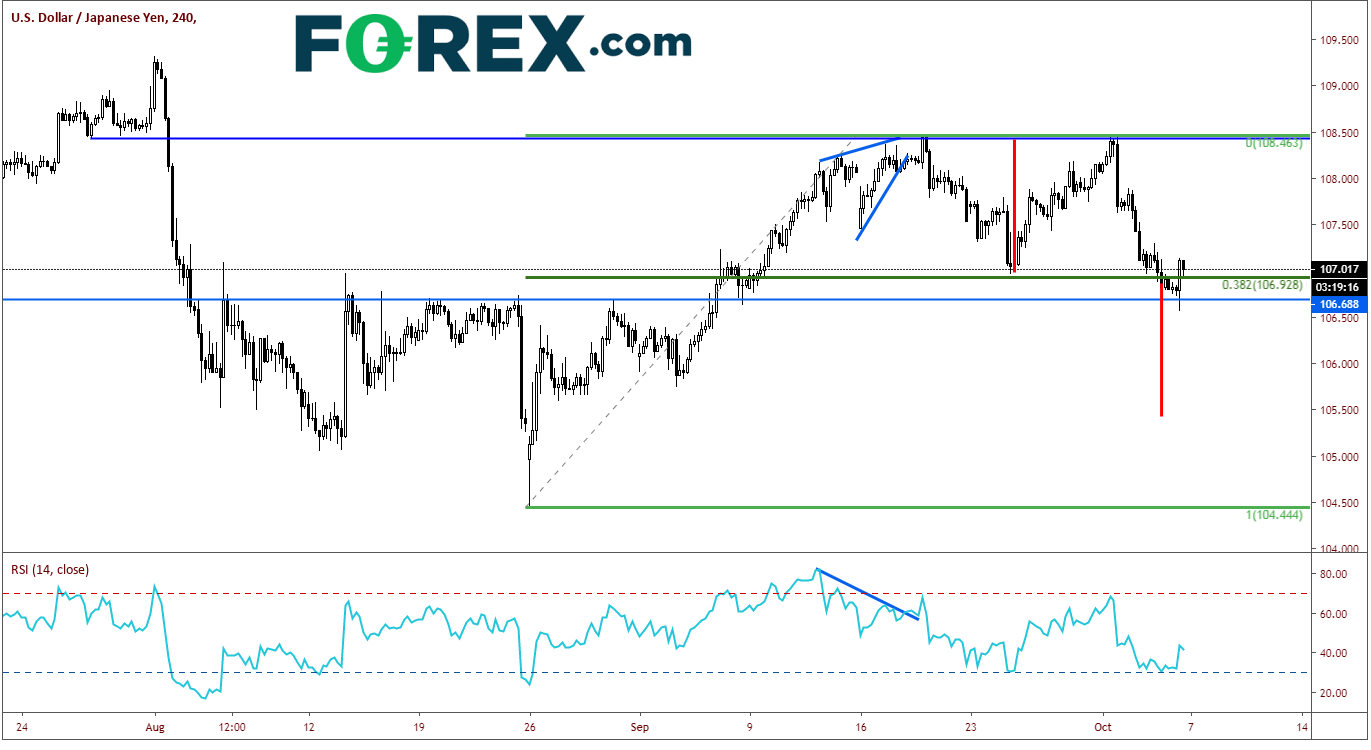