Sands China (1928.HK) Needs to Break Above Corrective Channel for a Further Upside

Recently, Investment Bank Morgan Stanley projected that there would be a partial removal of restrictions by mid-Jun, by then there will be resilient demand from Chinese gamblers.

From a technical point of view, the stock remains trading within the corrective channel after breaking the declining trend line drawn From January top. The 50-period moving average is flattening, while the RSI stays within the range between 40 and 56. Both indicators would indicate the lack of momentum for the prices.

Therefore, the stock is needed to break above the recent corrective channel to enhance the bullish outlook. Otherwise, the stock would continue its consolidation phase. 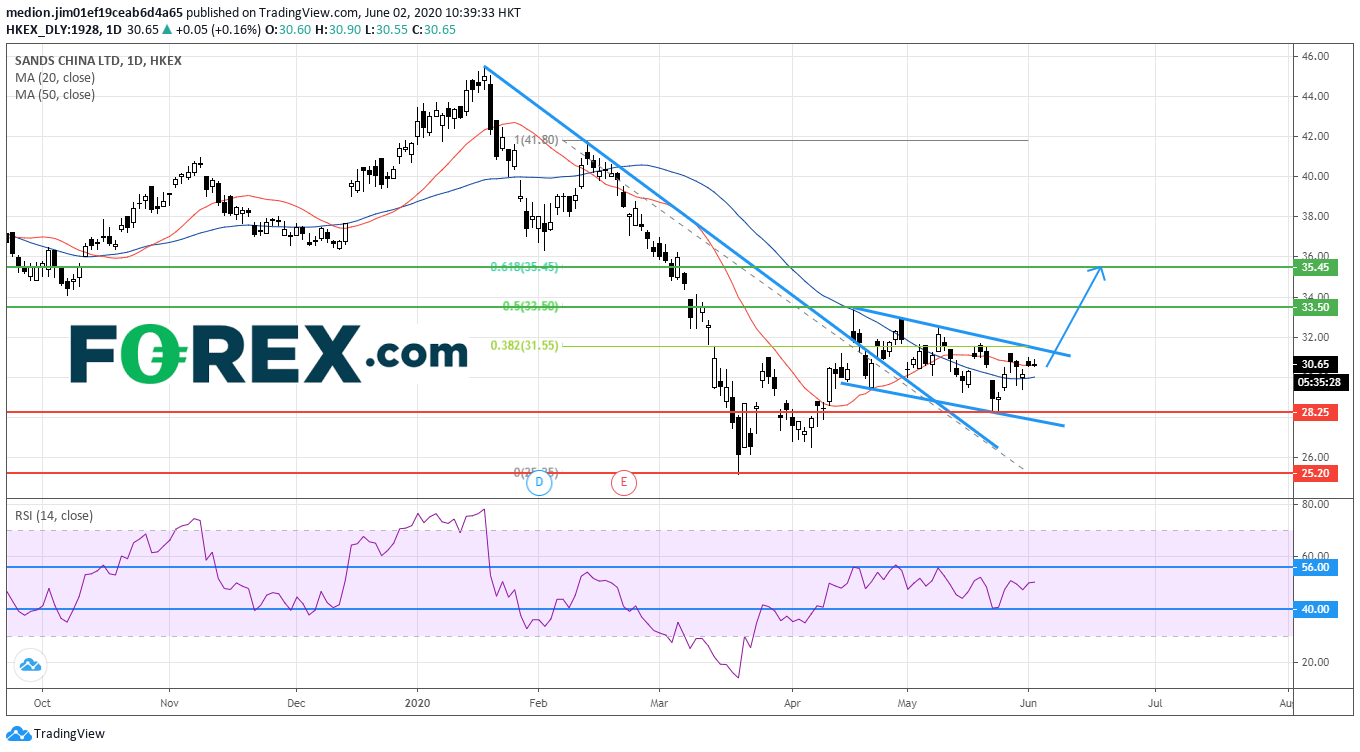