Will S&P500 Shrug Off FOMC Minutes?

After selling off in the previous session, S&P futures are rebounding in early trade on Wednesday as investors await fresh clues on US monetary policy.

After selling off in the previous session, S&P futures are rebounding in early trade on Wednesday as investors await fresh clues on US monetary policy.

With little in the way of economic data in the European session attention has swung towards the FOMC minutes due for release at 18:00 BST. The minutes will give investors an insight into policy maker deliberations prior to the first US interest rate cut in a decade. Will Fed Powell and co stick to the “mid cycle adjustment” line or will they give something else to the markets?

Investors will be looking for acknowledgement from the Fed that downside risks have increased. However, given that the FOMC was prior to the most recent escalation in the US – Sino trade dispute, the minutes could be more hawkish than current market pricing.


As a result, there is a chance that the minutes could boost the dollar and drag US stocks and the S&P lower, as the prospect of loser monetary policy declines. Or the minutes could be shrugged off as outdated leaving investors to focus on more current pmi readings tomorrow and Fed Powell’s speech at Jackson Hole on Friday. 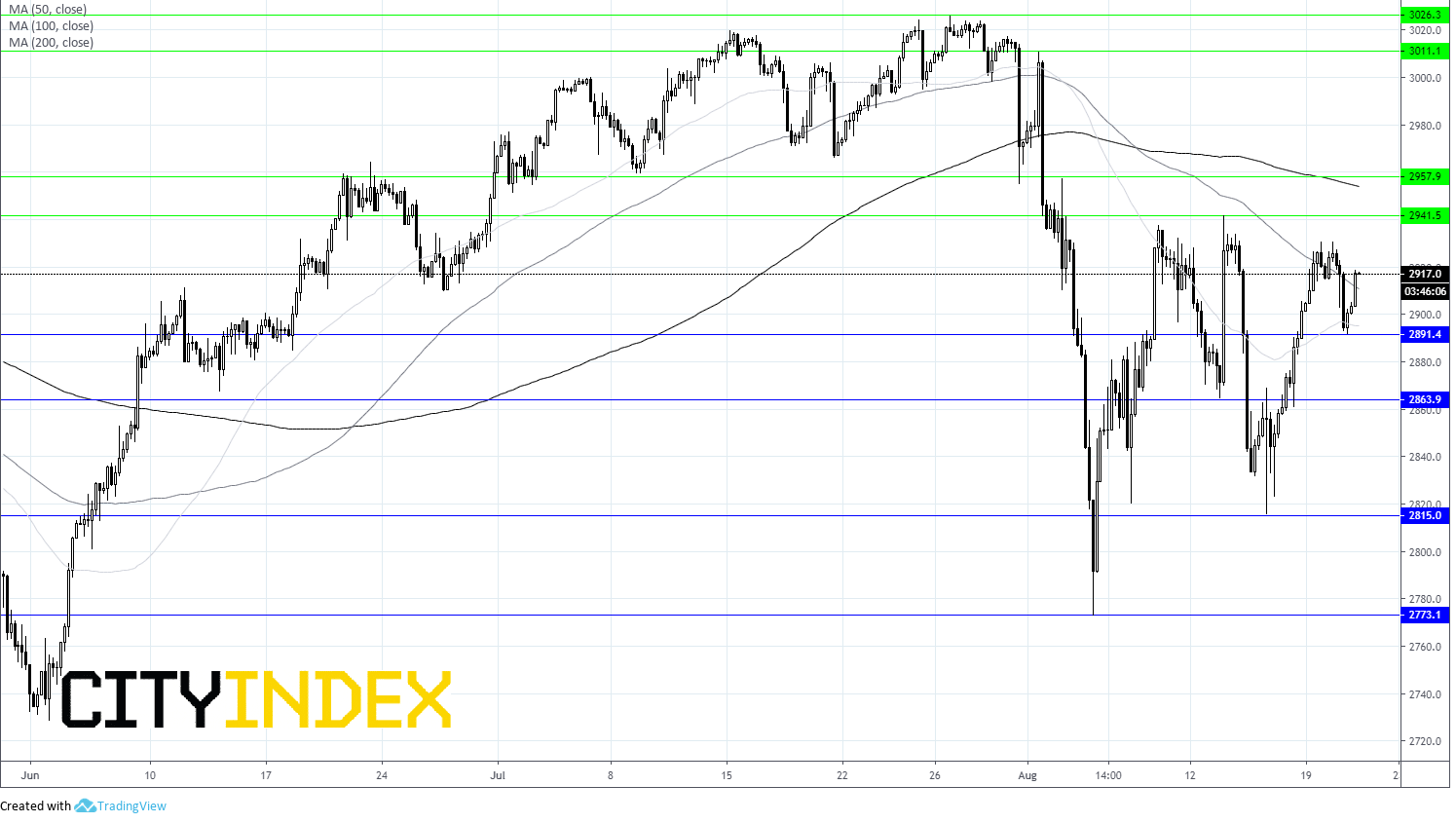